The UN said Yemen's infrastructure could collapse "within days" if supplies continue to be rapidly depleted. The situation in Aden is reported to be dire with families trapped in their homes by weeks of fighting. 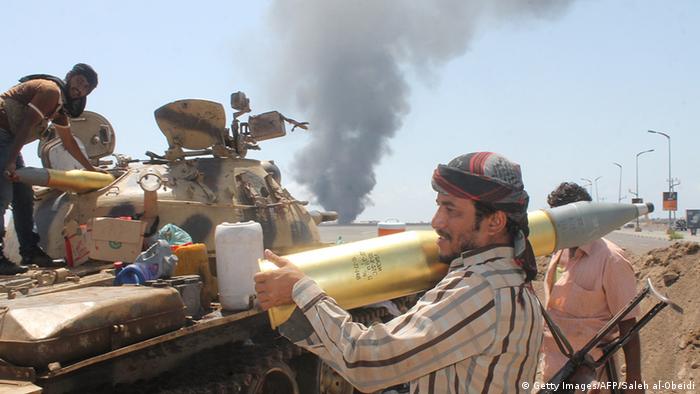 Hundreds of families in Yemen had been trapped in their homes by fierce fighting in the southern port city of Aden, according to Associated Press (AP).

The UN Office for the Coordination of Humanitarian Affairs (OCHA) also said the escalating conflict in the last month had "worsened an already large-scale humanitarian crisis in the impoverished Arab state."

In its latest report on the Yemen crisis, OCHA said the upsurge in violence had further deepened the hardships faced by ordinary Yemenis, and that people were running short of essential supplies, including food and medicine.

The UN reported that the only lifeline was coming from volunteers making dangerous runs with supplies across Aden's harbor in unsafe boats.

Aden was once Yemen's commercial hub, however, its infrastructure had been destroyed by a month of fighting as Shiite rebels and their allies in the military tried to capture the city.

They had been battling government forces as jets from a Saudi-led coalition pounded the city with airstrikes to stop the rebel advance.

The port city was once home to around a million people, however, it had been destroyed by ground fighting and also airstrikes.

Wheat is scarce after grain silos at the port were destroyed by airstrikes after the rebels, known as Houthis, took refuge in them, according to AP. It had left local bakeries without flour, and the people without daily essentials like bread.

Aden's main hospital was stormed by militias, snatching some people receiving treatment as doctors and patients fled, according to the UN.

Many families had become prisoners in their own homes, with Aden city centre worst hit by the conflict. 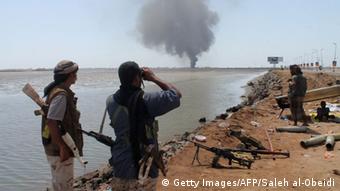 Yemen was thrown into chaos after Houthi rebels forced President Abed Mansour Hadi to flee the capital Sana'a to Aden, and then later to Riyadh, the Saudi capital.

A Saudi-led campaign to restore Hadi was launched in March.

Aden was one of the main battlegrounds in the internal conflict that the UN and other aid agencies warned was pushing the poorest of Arab states into a humanitarian disaster.

UN Secretary-General Ban Ki-moon said the country's health, water and telecommunications systems were "on the brink of collapse."

OCHA reported more than 1,080 people had been killed, and some 4,350 were injured. Tens of thousands had also been displaced, fleeing their homes to escape the violence.

"If nothing is done in the coming days to deliver oil and food, Yemen will stop completely", he added.