How the far-right AfD taps into Germany′s East-West divide | Germany | News and in-depth reporting from Berlin and beyond | DW | 18.04.2018

How the far-right AfD taps into Germany's East-West divide

Nearly three decades after reunification, economic and cultural divisions between eastern and western Germany live on. The former leader of the far-right AfD has told DW the party is using those rifts to its advantage. 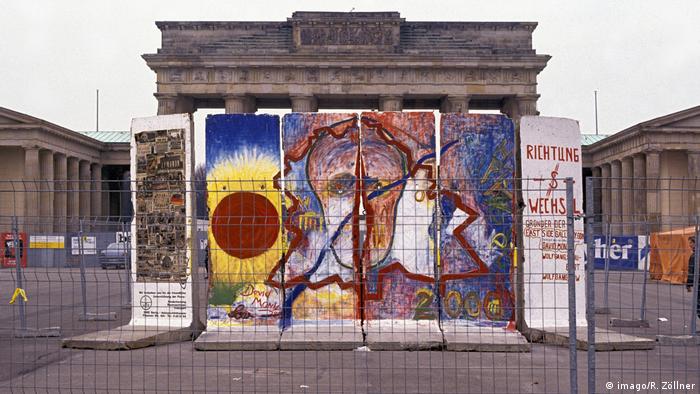 Björn Höcke is the leader of the Alternative for Germany (AfD) in the state of Thuringia, and the main representative of the populist party's radical right wing. He has established a power bridge that spans the whole of eastern Germany, and in doing so he has ensured that the region is directly associated in the public consciousness with the AfD. But his aim to be the "voice of the East" has its problems, according to the party's former leader Frauke Petry.

"Höcke is capitalizing on the dissatisfaction of citizens in the East without coming up with any proposals of his own, but in doing so he remains a non-specific projection screen for many of their wishes," she told DW. Petry noted that Höcke likes to present himself as the "voice of the East," despite the fact that he himself comes from western Germany.

Twenty-eight years after German reunification, a western politician in the East shouldn't be a problem. But Petry argues — not without an element of self-interest — that Höcke is instrumentalizing the population in the country's eastern states.

When two quarrel, another profits 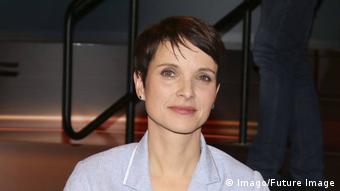 Petry argues Höcke is instrumentalizing the population in eastern Germany

The East-West divide is again at the forefront of the political discourse in Germany. Intellectuals in the former East have started a campaign against the government's immigration policy under Chancellor Angela Merkel. They claim to have lost the freedom of expression they gained after the fall of the Berlin Wall in 1989. Political commentators are warning against playing East against West after the publisher Götz Kubitschek, one of the AfD's ideological leaders, publicly called on people to make the "rift" between the two regions "even bigger." Politicians and academics alike are concerned about the fact that many positions of leadership in the East are still occupied by "West" Germans. Even some AfD state associations are dominated by politicians from the West.

Petry is not only issuing warnings about her former party colleagues; she has also taken aim at the ideas of the AfD's "intellectual father," Kubitschek, whom she considers "highly dangerous." In her view, leading personalities in the AfD, including Höcke, are being guided by Kubitschek's ideology — a man who Petry says "openly sympathizes with the spiritual descendants of Mussolini," Italy's former fascist dictator.

How anger turns into nationalism

Comments Höcke has made about his new homeland give a sense of how Germans in the country's eastern states are being instrumentalized by the AfD. Höcke, a former teacher from the West, says he likes being in the East because order and discipline still prevail in classrooms there, or words to that effect. This corresponds with the message that often comes across from AfD politicians: that they think of themselves as "better Germans."

Sylvia Sasse, a literary expert at the University of Zurich, suspects that comments like these also serve an additional purpose. She has written on her blog "Geschichte der Gegenwart" (History of the Present) about East Germany as a "zombie republic." Inner-German resentments, she says, provided a good template for the anger of right-wing nationalist arguments. Meaning: East Germans' anger about mass unemployment after unification, the perceived arrogance of the West German elites and the failure to bring wages and pensions in line with the West is redirected — against refugees, migrants, and foreigners. 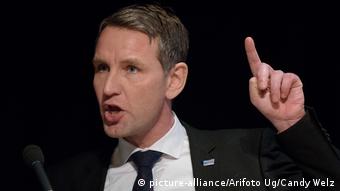 Höcke has styled himself as a 'voice of the East'

Nearly three decades after reunification, Sasse says, East Germans have been "devalued, as it were, a second time by the German idea of 'welcome culture.'" That in turn is directing attention to newcomers who were "accorded privileges in the distribution of resources." In this way "us against the others" is transformed into "us Germans against foreigners."

Sasse makes reference to a study on xenophobia in eastern Germany commissioned by the German government and published in 2016. It found that East German identity tends to be romanticized, but harsh experiences lie behind the veil of romanticism. Sasse believes the fact that many people in eastern Germany were socialized under a dictatorship is also a contributing factor to the AfD's success in the East. The anger being expressed there, she says, is basically a new form of obedience and submission — this time to the slogans of the AfD instead of to the East German regime. The AfD's trick, she says, is to make obedience appear sexy by presenting it as a form of rebellion against the western-dominated mainstream. And so history comes full circle.