Have wildfires increased globally over recent years? And if so, is global warming to blame? Research has illuminated this, along with what wildfires do to us and our environment, and which areas are most vulnerable. 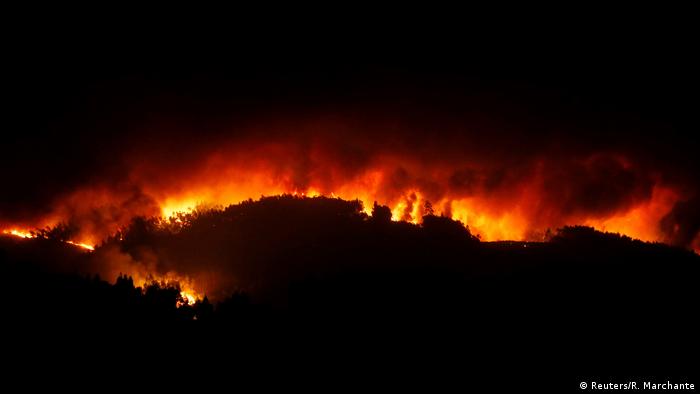 Are wildfires increasing around the world?

Unusually large wildfires ravaged Alaska and Indonesia in 2015. The following year, Canada, California and Spain were devastated by uncontrolled flames. In 2017, massive fires devastated regions of Chile - and now, a deadly blaze in Portugal has claimed dozens of lives.

So, have wildfires actually increased globally, or does it just seem that way because we're tuned in more to bad news and social media?

Science suggests that over the past few decades, the number of wildfires has indeed increased, especially in the western United States. According to the Union of Concerned Scientists (UCS), every state in the western US has experienced an increase in the average annual number of large wildfires over past decades.

Extensive studies have found that large forest fires in the western US have been occurring nearly five times more often since the 1970s and 80s. Such fires are burning more than six times the land area as before, and lasting almost five times longer. 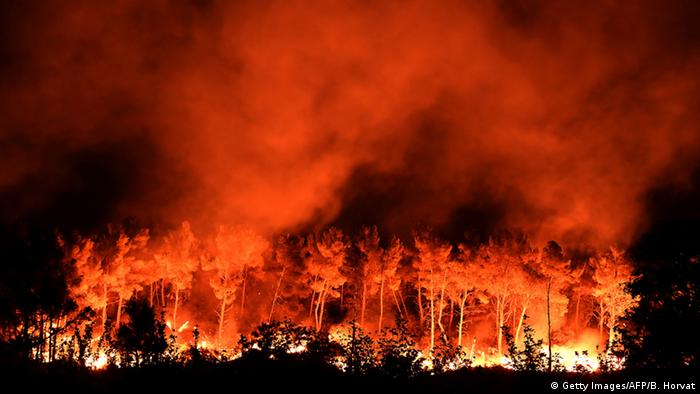 This trend is something Jason Funk, senior climate scientist with UCS, is very worried about.

"2015 was a record-breaking year in the US, with more than 10 million acres burned," he told DW in an interview. "That's about 4 million hectares, or an area of the size of the Netherlands or Switzerland."

"It's a scale we haven't seen in recent history and it's very concerning."

According to Funk, not only US forests are endangered by increasing wildfires - the trend has been that wildfires are burning more area around the world.

"In recent years, there have been big fires in Siberia and various other places around the world where we typically don't see large-scale wildfires," he said.

Projections by the UCS suggest that wildfires could get four, five and even six times as bad as they currently are within this century. 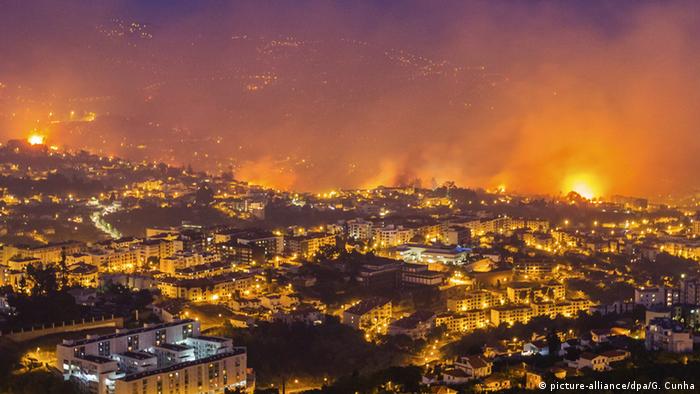 Portugal was on high alert after a wave of wildfires swept the country in 2016, with around 350 isolated fires

What is the main reason wildfires are increasing?

Funk has been researching the impact of climate change on landscapes in the US, and says there is very well documented scientific evidence that climate change has been increasing the length of the fire season, the size of the area burned each year and the number of wildfires.

Wildfires are typically either started accidentally by humans - such as a burning cigarette carelessly tossed out of a window - or by natural causes like lightning.

These "ignition events" don't have a major effect on the scale of the fire, says Funk. But what does affect scale are prevailing climate conditions. And these have become warmer and drier - due to climate change.

Greenhouse gas emissions, via the greenhouse effect, are causing the global temperature to increase and the climate to change. This enhances the likelihood of wildfires.

Why? Because warmer temperatures increase evaporation, which means the atmosphere draws more moisture from soils, making the land drier.

A warmer climate also leads to earlier snowmelt, which causes soils to be drier for longer. And dry soils become more susceptible to fire.

"The areas where wildfires are taking place are always areas that [have become] drier and hotter, and where spring has come earlier," said Funk.

Drier conditions and higher temperatures increase not only the likelihood of a wildfire to occur, but also the duration and the severity of the wildfire. 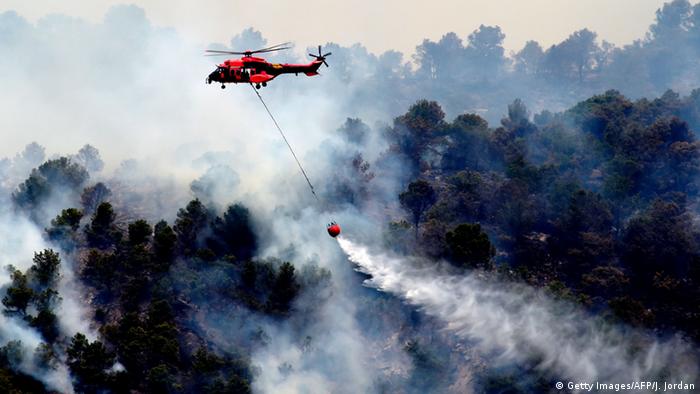 Climate change has increased the length of the fire season, the size of the area burned and the number of wildfires

That means when wildfires break out, they expand faster and burn more area as they move in unpredictable ways. "They really take off and get out of control more frequently than in the past," said Funk.

What else is increasing wildfires?

A less direct climate-driven effect is pest outbreaks that have killed a lot of trees. Pests make forests more susceptible to wildfire, according to Funk.

"We know that these pest outbreaks have been caused by climate change, because there hasn't been anything like that in the past 500 years, perhaps even 1,000 years," he said.

Insects are responding to warmer conditions, Funk explained, taking advantage of the longer summer season which grants them longer breeding circles and faster reproduction. "We can link those effects to the warmer temperatures that we've seen in the places where wildfires have been taking place."

While human activities such as logging and mining are known to influence the likelihood of wildfires as well, many of the areas that have seen recent increases in wildfires are relatively unaffected by human land use.

This suggests that climate change is a major factor driving the increase in fires, according to UCS. 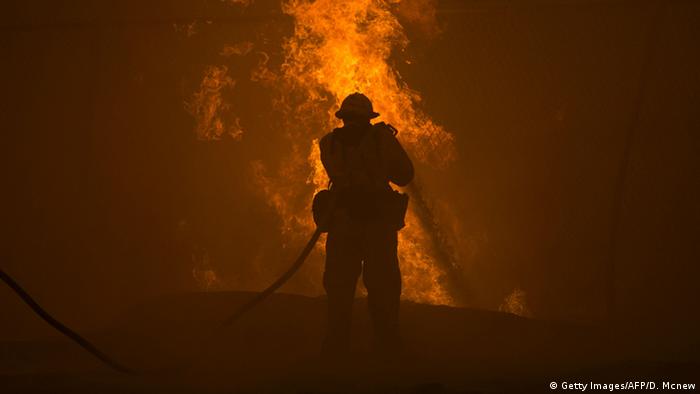 What threats do these wildfires pose?

Forest fires aren't necessarily bad. In fact, fire is a natural and beneficial part of many forest ecosystems, and we need to allow some fires to burn, as they are necessary for the ecosystems to stay healthy.

Over the decades, undergrowth builds up on the forest floor - so when a fire burns through, that provides space for larger, more mature trees that are more fire-resistant.

But the unnatural increase in wildfires is causing entire forests to burn down uncontrollably. This is bad for the environment - and for us. 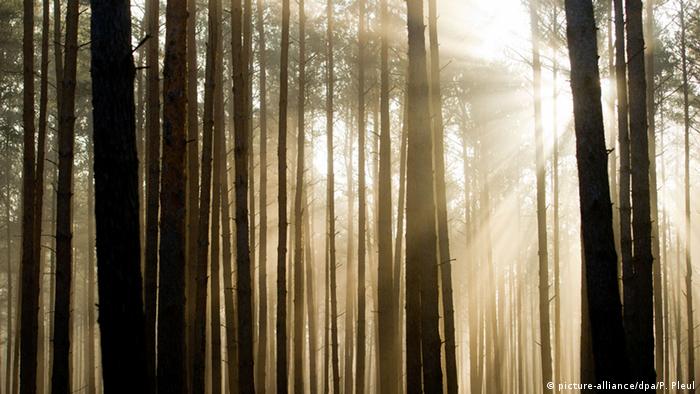 But the biggest problem is that the scale of these fires has increased to the degree that they themselves have become significant contributors of greenhouse gas emissions.

After all, trees absorb and store carbon from the atmosphere - so the more trees that burn down, the harder it is to combat climate change in the future. And this is dangerous, Funk said.

"It creates a feedback loop: the fires create more emissions, which in turn contribute to more global warming, which will then cause more fires," Funk said.

"Fires are not the enemy - they are an effect of an underlying process, so we need to address the problem rather than the symptoms of that problem."

What areas are most affected by wildfire?

According to US federal research, humid, forested areas are most likely to face greater threats from wildfires, as conditions there grow drier and hotter due to global warming.

Forests increasingly affected by fire and climate change, and which are thus the most vulnerable, are in the boreal region. This stretches across the northern hemisphere through Alaska, Canada, Scandinavia and Russia. 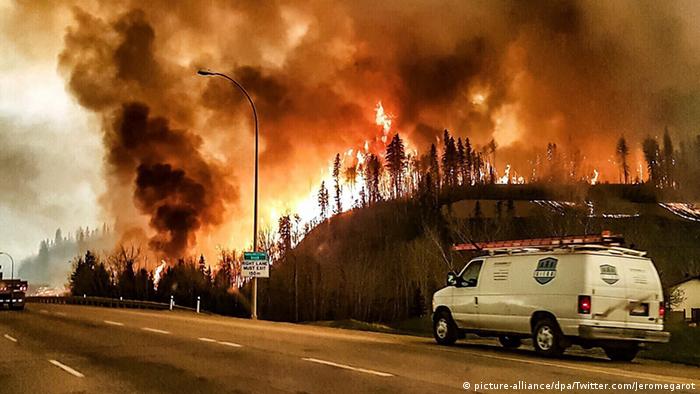 Wildfire raged through the Canadian town of Fort McMurray in 2016, forcing the evacuation of some 90,000 people

Boreal forest comprises almost a third of forested land in the world, and plays an important role in absorbing and storing carbon dioxide.

Studies show that especially the Russian and Canadian boreal forests are increasingly threatened by wildfire, as temperatures are rising faster in these northern regions than in other areas of the planet.

Funk warns that since rising temperatures are transforming many landscapes, "we're likely to see more wildfires in more places than just the boreal forest in the future."