Global warming is increasing forest fire risk in the Alps | Environment | All topics from climate change to conservation | DW | 02.03.2017

New regional and global studies link heatwaves, drought and insect outbreaks with a surge in wildfires, and the Alps are unlikely to be spared. 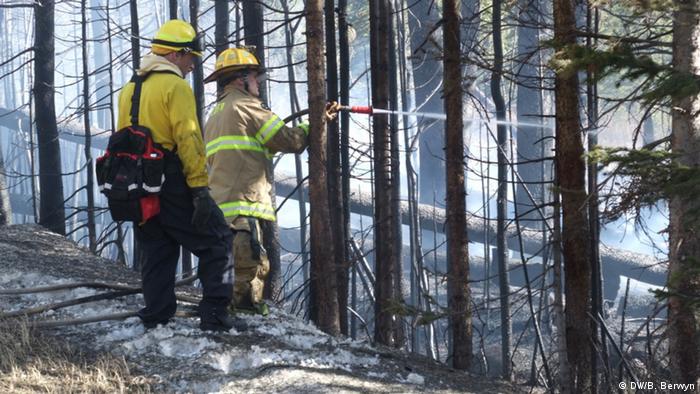 Near the end of Austria's record-hot 2015 summer, the forests above the Danube near Linz were sapped out. Dry beech and oak leaves crackled at lower elevations, where the trees baked for weeks under a dome of dry desert air. Daily highs topped 35 degrees Celsius (95 degrees Fahrenheit) for 13 straight days, smashing the previous streak of five days, set during the ferociously hot summer of 2003.

A little higher up, away from the river, there are fire-warning signs at the edge of an 80-hectare plantation of pines that's under attack by bark beetles. A year before, the insects claimed an even larger patch nearby.

None of the old-timers in the area can remember seeing the tree-killing bugs on such a scale, naturalist Georg Schüssenegg said during a guided hike to a Danube lookout point.

To the south, the glinting edge of the Alps baked under the summer sun. Throughout the region, climate trackers, as well as forest managers and firefighters, were on edge. Never had such a high fire danger prevailed for weeks on end, he said.

This is a preview of conditions expected much more frequently on a greenhouse gas-warmed Earth, according to new regional and global climate studies that project widespread increases in forest fire danger.

Some of the studies zoom in on the Alps, suggesting fire seasons will be 30-50 days longer by 2050 - not surprising considering the Alps are heating up twice as fast as the global average.

With another 4 to 6 degrees Celsius warming expected by 2100, some forests in this historically cool, wet region could pass a climate tipping point, making them more susceptible to large and catastrophic fires. 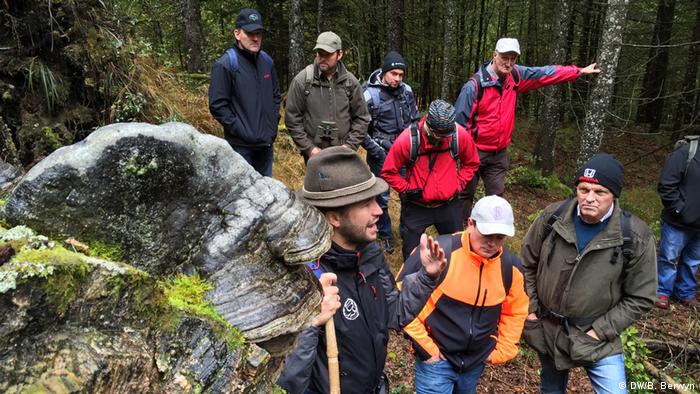 As the hot summer faded into a warm and dry autumn, Austrian foresters issued unprecedented fire warnings in December, cautioning holiday revelers against setting off fireworks because of dry conditions.

Just before Christmas in 2016, a small but stubborn fire burned in the mountains of Styria, in an area that would normally be covered with several feet of snow that time of year.

"Most fire ecologists have been reluctant to attribute extreme fires to climate change - but in the last few years we have crossed a line," said David Bowman, a University of Tasmania fire geographer who tracked the growing global wildfire footprint in a study published February 6 in the journal Nature Ecology and Evolution.

"The anomalous weather has become consistently anomalous - the new normal. I am confident we are seeing climate change play out in fires," he added.

A close look at 478 of the most extreme fires between 2002 and 2013 showed the close link between disastrous fires and extreme droughts and heat waves. The study projects that the number of days conducive to extreme fires will increase by 20 to 50 percent globally by mid-century.

"I've been studying unusual fires for years, and I can't keep up," Bowman said, describing a decade during which new fire extremes, from Chile to Australia to western North America, burned at a dizzying pace.

One of the findings is that fires are burning in vegetation that's not archetypically combustible. "That means places that are not fire-adapted could see more severe fires in the years ahead," he said.

The sound of global warming

"Global warming is a double whammy for our forests," Schüssenegg explained.

Heat waves dry the trees out, so that they can't repel the bugs with their natural defense mechanism, pitch. Dead, dry branches and leaves build up on the ground, ready to burn.

Sure enough, a low-level buzz, more vibration than sound, pervades the still afternoon, as millions of the tiny black bugs chomp beneath the bark of drought-stricken trees to lay their eggs. In a year, all the needles will be red, all the trees will be dead.

This is the third generation of beetles born this summer, so they've spread across more forests, Schüssenegg said. "In the 60s and 70s, they were only breeding once per year. Last month, lightning caused a small fire along the edge of that pasture," he said, pointing to a narrow strip of dead and dying pines.

Better predictions to help save lives

Those local observations don't surprise Harald Vacik, who has been studying Austrian forests for 20 years. For six years, he's been part of a team systematically cataloging wildfires in the country.

Before then, accurate records are sparse, Vacik said, simply because forest fires just hadn't been very common in Austria's moderate and moist climate.

But just in the past few years, fires have burned in unexpected places and at unusual times of year.

And making accurate projections may help save lives and property. A July 2014 blaze in Sweden that burned 13,800 hectares caught government agencies partly by surprise, said Vacik, who also referred to recent rare fires in chestnut forests of the Swiss Engadine, an important tourism region. 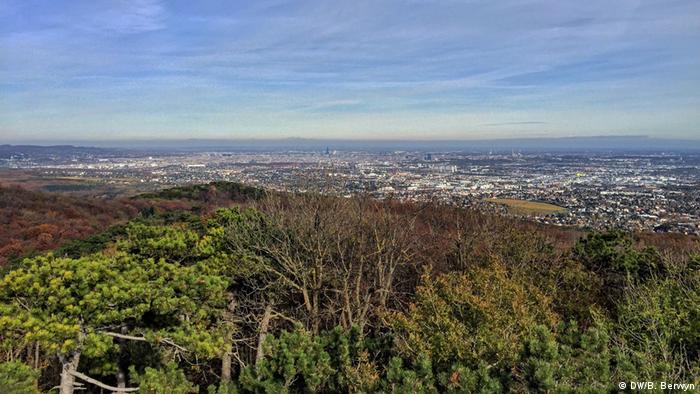 The research Vacik and his team compiled at the Institute for Silviculture at the Vienna University of Natural Resources and Life Sciences shows a decade-long tendency of fire seasons starting earlier in the spring and ending later in the year.

During that same time span, the snow cover has dramatically melted back in the spring, which means the vegetation has more time to dry out.

And that trend will likely continue: by 2100, the Alps could lose 70 percent of their snow cover, scientists with the École Polytechnique Fédérale in Switzerland said in a study published recently in the journal Cryosphere.

"The most affected elevation zone for climate change is located below 1,200 meters [about 3,900 feet], where the simulations show almost no continuous snow cover towards the end of the century," the researchers wrote.

The study described findings with troubling implications for the environment, including an increased risk of fires in dry forests and fields.

A 2010 paper by forest scientists with the Technical University in Munich focused on Bavaria, showing that areas near the Alps will see more days when fire danger is high, while low-lying regions farther north will see a decrease because more rain is expected to fall.

Similarly, in 2014, a group of Austrian scientists looked specifically at Tyrol, showing "a strong concentration of potential fire danger along the main valleys and in the drier Tyrolean Upland."

The overall picture for the Alps, in light of global warming, is of dryer mountains with more fires. Whether regional authorities can rise to the challenge of managing these risks remains to be seen.

Three firefighters have died battling some of the worst forest fires to hit Chile in half a century. A "state of catastrophe" has been declared in the central regions of O'Higgins and El Maule. (24.01.2017)

Two wildfires burning for days have converged into one huge front on the outskirts of Christchurch, destroying 11 homes. Prime Minister Bill English told reporters he thought the fires looked "suspicious." (16.02.2017)

Sydney's sweltering recent record high of 47 degrees Celsius has brought the reality of climate change into sharp focus for many Australians. Skepticism in the country is waning - quickly enough? (22.02.2017)