How can I reduce my gas consumption? | Environment | All topics from climate change to conservation | DW | 25.02.2022

How can I reduce my gas consumption? 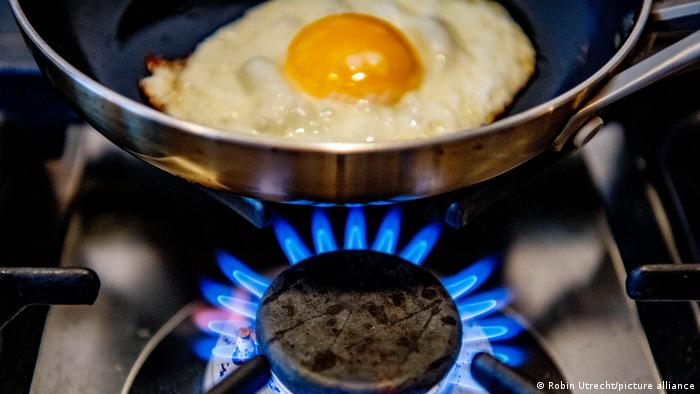 From cooking to heating, electricity and food — natural gas is a big part of modern life

More and more people are feeling the squeeze when it comes to daily essentials, with energy bills soaring to record highs.

The price of natural gas — used to warm homes, generate electricity and manufacture essential goods — remains about four times what it was in early 2021. In the European Union, natural gas makes up about 20% of energy supply; it's used to heat around half of German households.

The dramatic price hike can be attributed, in part, to the post-COVID economic recovery, along with an unusually cold European winter in 2021 that depleted gas stores. Supply issues are also to blame, with the International Energy Agency (IEA) singling out Russia for reducing its exports to Europe by around a quarter in the last three months of 2021, compared with a year earlier. Nearly 40% of the EU's natural gas comes from Russia.

"We see strong elements of 'artificial tightness' in European gas markets, which appears to be due to the behaviour of Russia's state-controlled gas supplier," wrote IEA Executive Director Fatih Birol in January. "And this is despite the exceptionally high market prices for natural gas that we have seen in recent months."

So what can we do to move away from natural gas?

Back a shift to renewables

Pushing elected leaders to redouble their support for renewable energy could, in the long run, help us cut our reliance on natural gas.

German Economy Minister Robert Habeck has said the war in Ukraine, along with the suspension of the multibillion-euro Nord Stream 2 gas pipeline between Russia and Germany, could lead to a rapid expansion of renewable sources of energy.

"I definitely think that the current situation will help the transition into renewable energy in Germany and Europe," he told The Associated Press on Thursday. "People see that it is not only a climate-related issue, but a safety or security-related issue right now."

"Today's situation underlines the fact that energy systems face significant risks if they rely too much on one supplier for a key element," said Birol in his commentary.

Hans-Josef Fell, a former member of the German parliament for the Green Party and head of the Energy Watch Group, has said Germany and the EU wouldn't be in this position today if they'd kept up funding for renewables.

"Solar radiation and wind, as domestic energy sources, do not have to be imported," he wrote in an analysis on Wednesday. "A strong expansion in renewable energy over the last decade, instead of the politically imposed massive decline, could have led the EU out of its dependence and powerlessness vis-a-vis supplier countries such as Russia."

Even if we begin to immediately pour billions into wind, solar and other renewables, our gas consumption won't drop overnight. But there are steps you can take on your own to lower your gas bill.

Making sure your home is properly insulated can have a big impact. "Today, the most energy-efficient buildings use 75% less energy than the average home or office, saving you a considerable amount of money," environmental campaign group WWF says on its website. For older homes, WWF recommends hiring an expert to audit your energy usage, pointing out that up to a third of household heat can escape through uninsulated attics, gaps in floorboards or outdated windows. 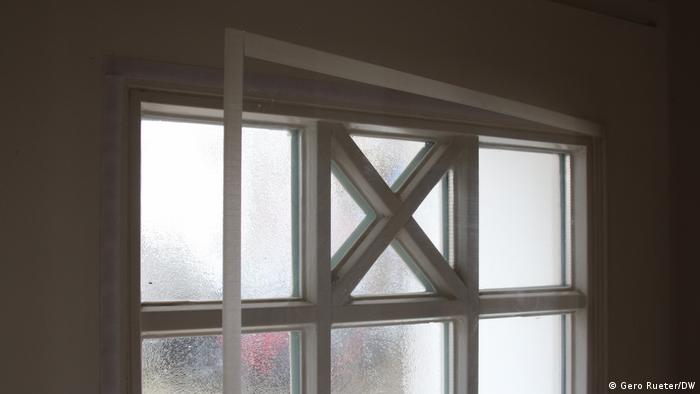 A plexiglass pane can be attached to existing windows with fabric fasteners, adding an extra layer of thermal insulation

But for renters or those on a tight budget, renovations or upgrading to double- (or triple-) glazed windows aren't always an option. Alternatives to insulation include filling gaps with sealants, newspaper or some other material, and adding draft stoppers along the bottoms of doors.

Keep in the warmth, or keep out the heat, by investing in insulating curtains or shutters. And some of the benefits of double-glazed windows can be achieved by covering the interior of window frame with a thin, inexpensive sheet of plexiglass.

Put a lid on it

Other solutions cost little to nothing — at least, in terms of money. Energy companies and consumer groups offer dozens of the usual energy-saving tips: take shorter showers instead of baths, turn off lights when not in use, lower the thermostat and put on a sweater, to name just a few.

The US Department of Energy has estimated that consumers can save up to 10% a year on heating and cooling costs by lowering the thermostat 7 to 10 degrees Fahrenheit (4 to 6 degrees Celsius) from its normal setting for eight hours a day — while you're sleeping, for example. Hanging out laundry to dry in the sun will save electricity, which may be produced by burning natural gas

It can be easy to overlook simple ways to reduce the use of natural gas around the home. With many households relying on electricity produced by burning gas, actions like hanging laundry to dry, unplugging electronics when not in use or cooking large batches of food once every few days, rather than at every meal, can all add up.

Something as basic as putting a lid on a simmering pot of water can reduce energy consumption by up to a factor of four, according to a 2019 study at Iowa State University.

Change what you eat

Natural gas isn't just used to power our homes; industries use components of the gas in the production of packaging and everyday products, including clothes, detergents and containers.

It's also used to make traditional agricultural products like feedstock, pesticides and fertilizers, which are produced by mixing nitrogen gas in the air with hydrogen from natural gas in a process known as fixation. Industrial use consumes about a fifth of the world's total gas supply, which is mainly natural gas, according to the International Gas Union.

The Post Carbon Institute, a US-based sustainability think tank, has said a switch toward organic agriculture would help decrease the overreliance on imported gas and controversial shale gas reserves.

"Reducing agriculture's dependence on nitrogen fixed with natural gas can enhance agricultural sustainability," wrote Michael Bomford, an expert in sustainable agriculture. "The challenge of the future will be to scale back nitrogen fertilizer consumption by restoring biological processes that can satisfy plants' need for nitrogen using energy from the sun instead of natural gas."

How the climate crisis is threatening our energy supply

Opinion: The end of Nord Stream 2 — for now?

For now, the German government has put a stop to the Nord Stream 2 natural gas pipeline. But the project is by no means dead and could be revived at any time, argues DW's Sabine Kinkartz.

EU member states have agreed to cut back on the use of natural gas to protect themselves against any further supply cuts by Russia. EU energy ministers agreed that all EU countries should voluntarily cut gas use by 15% from August to March, compared with their average annual use during 2016-2021.