China's National People's Congress has passed new election rules for Hong Kong to ensure pro-Beijing forces can win the vote there. It's no longer a democracy, it just looks like one, says DW's Dang Yuan. 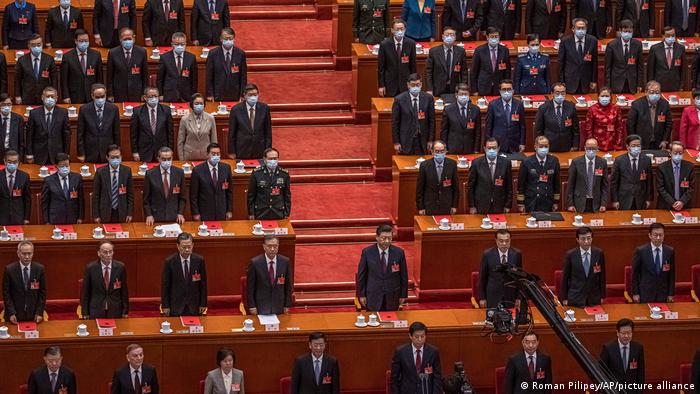 China's Communist Party leaders and political theorists have never lacked imagination when it comes to making the impossible possible. In a bid to legitimize autocracy, they created new ideas that are full of contradictions.

The preamble of the Chinese constitution refers to China as a "people's democratic dictatorship led by the working class."

The economic system in place is a "socialist market economy," which combines private ownership (market) with a responsibility for the collective (socialism).

In the case of Hong Kong, they came up with "one country, two systems," "Hong Kong administration by Hong Kongers" and "a high-level of autonomy" — principles agreed upon by Beijing and London before the former British colony was handed over to China in 1997.

The Basic Law, however, has a catch: The charter does provide for direct and general elections to elect the territory's parliament and chief executive, but it doesn't set a time frame for it to happen. This has given Beijing room to maneuver.

Free and representative elections are considered the benchmark for any democracy. In Hong Kong, elections do indeed take place, but always with an invisible player in action. The player's name does not appear anywhere, but pulls the strings everywhere.

The player wants to have everything under control in order to stifle even the slightest criticism at the outset. And its name is the Chinese Communist Party (CCP).

Since Hong Kong came under Chinese control, Beijing has prevented popular sovereignty in the territory. This is because only half of the 70-member city parliament is directly elected; the other half is appointed by selected community and social groups. 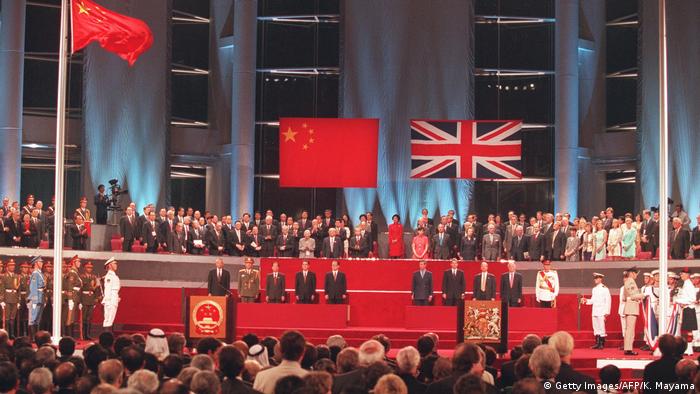 'One country, two systems,' 'Hong Kong administration by Hong Kongers' and 'a high-level of autonomy' are principles agreed upon by Beijing and London before the former British colony was handed over to China in 1997

Who is considered a 'patriot'?

The new resolution, passed on Thursday with 2,895 votes in favor, 0 against and one abstention, stipulates that all candidates for the upcoming parliamentary elections, as well as candidates for the chief executive, will be screened for attitudes and approved by the same Beijing-friendly commission.

This is to ensure that all candidates for office are "patriots." To pick up on the propaganda's choice of words, "people who love the country rule Hong Kong." So not those who love Hong Kong, but the autocracy.

From Beijing's standpoint, opposition parties from the pro-democratic camp do not belong to the patriots.

After all, they criticize the Hong Kong administration's obedience to Beijing authorities and demand the right to general, free elections in accordance with the Basic Law.

Beijing wants to turn the Hong Kong City Parliament into a rubber-stamp legislature like the National People's Congress. Before the 1997 handover, China had promised to guarantee the rule of law in Hong Kong, but not to give way about who makes the laws.

In recent years, calls for direct elections have grown louder in Hong Kong. As a result, the pro-Beijing majority in the city parliament is no longer considered secure in the next elections.

That is why the CCP is now resorting to the last option: centralized legislation for the Hong Kong Special Administrative Region.

From the outset, the Basic Law was placed within the framework of the Chinese constitution — national law simply trumps regional law.

In practice, however, this means an obvious violation of the principle of a "Hong Kong administration by Hong Kongers," and thus an agreement between China and Britain under international law.

How can the deputies in the Great Hall of the People determine Hong Kong election rules? The vast majority of them are neither elected by Hong Kongers, nor do they even understand the Hong Kong dialect. 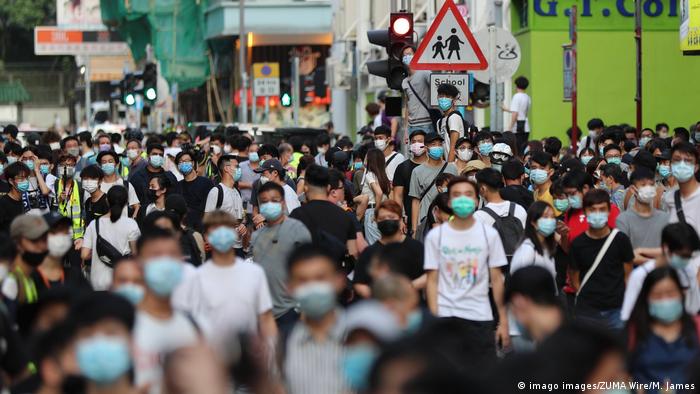 In recent years, calls for direct elections have grown louder in Hong Kong

The National People's Congress already passed a law for Hong Kong last year, the so-called National Security Law for Hong Kong. Opposition politicians have been intimidated since the law came into force on June 30, 2020. Many of them have since been retroactively tried and imprisoned for allegedly "endangering state security." Others have fled the city fearing arrest.

The architects of Hong Kong's Basic Law wanted to ensure stability and prosperity in Hong Kong with the principle of one country, two systems.

In this democratic experiment, they completely underestimated the fact that the autocrats in Beijing are clearly in the driver's seat. And that the CCP leadership probably never seriously wanted to grant the people of Hong Kong what they had honestly hoped for after the end of the British colonial era: genuine democracy and self-government.

DW editor Dang Yuan writes under a pseudonym to protect himself and his family.

VW pays millions in 'Dieselgate' settlement in Britain 5h ago