A new security rule for Hong Kong has been welcomed by businesses focused on China, but the longer-term damage to Hong Kong's autonomy and business environment could prove serious. 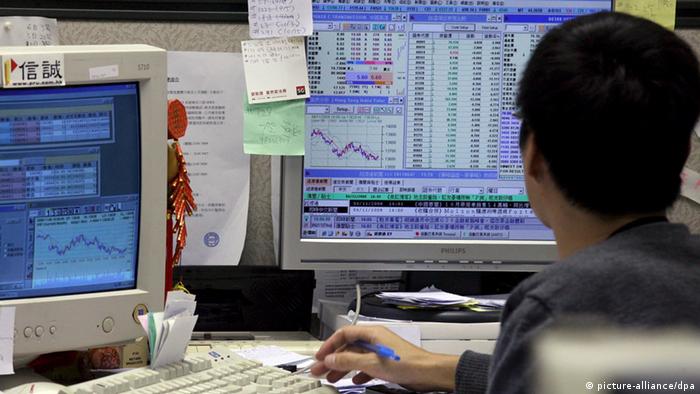 Just a few short years ago, to disembark from the Beijing flight at Hong Kong International Airport was to take a step into a freer environment. While mainland China's influence in the territory was clearly on the rise since it returned to Chinese rule 23 years ago, there was a sense that Hong Kong's high degree of autonomy was secure.

With one sweep, Beijing's new law to stamp out subversion, secession and sedition brushed away the international treaty supposed to guarantee "one country, two systems" until 2047.

Hong Kong appealed to international investors as a conduit into China without political risk. Low taxes, a smart financial services infrastructure, an independent judiciary and a free media added to the appeal. While mainland companies will welcome a tougher line in Hong Kong after disruptive democracy protests last year, the broader investment community may well start looking elsewhere.

Hong Kong's Hang Seng index jumped over 1% after the rules were introduced, with investors focused on Chinese manufacturing data rather than longer-term threats to the territory's international reputation. But Hong Kong's status has been undermined.

"Hong Kong's history, dating back to before the mainland began to open up in the late 1970s, is as a regional hub for businesses with interests around Asia. It has a future as a launch pad for Chinese firms expanding abroad. But that original role as a regional hub won't continue. If global firms want to be close to the Chinese market, they'll opt for Shanghai or Beijing. For regional operations, they'll choose places that guarantee legal protection for their staff and operations. Hong Kong can't offer that anymore," said Williams.

Within hours of President Xi Jinping signing the national security law, backed unanimously by the standing committee of the ruling Communist Party in Beijing, there were dozens of arrests in Hong Kong. One of the most radical changes to the former British colony's way of life was swiftly making an impact.

Long-time commentator Fraser Howie said the security law was like going into a bookshop and discovering the entire politics section had been removed.

"We can talk about flowers and cooking, that's fine, but if we want to criticize our current setup that's not allowed. This law closes everything down and it could become very, very harsh," Howie, author of "Red Capitalism: The Fragile Financial Foundation of China's Extraordinary Rise," told DW in an interview.

Hong Kong is Asia's third-largest capital market, nine of China's 10 most valuable companies are listed there and two-thirds of the funds China raises overseas are channelled through the city.

"A lot of money looks at Hong Kong as a conduit into China, and 70% of listings in Hong Kong come from China, and that's not going to change,” Howie told DW.

"But if you are an individual, you will ask: Why do I keep money in Hong Kong when I could keep it elsewhere? And with foreign companies, it becomes a cash management issue. All the pressures have increased," said Howie. 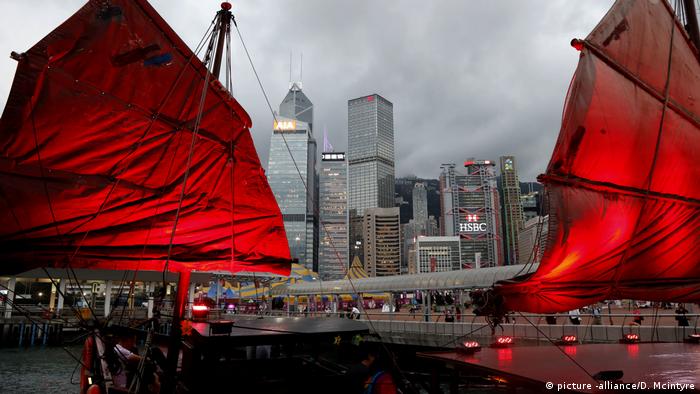 In the protester-friendly "yellow shops," posters supporting the democracy movement are coming down. The law is sending ripples of fear through small business owners.

"Many yellow shops are worried that their propaganda posters will land them in trouble, such as being implicated for inciting subversion of the state. That's why some shops have cleared out their material to avoid being accused of violating the law," Gordon Lam Sui-wa, convenor of the Hong Kong Small and Middle Restaurant Federation, told the South China Morning Post.

Pro-democracy candidates scored a landslide victory in local elections in late November, showing their anger with Beijing and their desire to keep autonomy in Hong Kong. A Reuters poll showed that 49% of the population very much opposed the new law, versus 27% who said they very much supported it.

The European Union has been forthright in signaling its opposition to the new rules. Commission President Ursula von der Leyen said she was working on a coordinated response.

"We have indeed consistently said that China would risk very negative consequences if it went ahead with this law, including for business confidence, China's reputation, public perception in Hong Kong and internationally," she said.

When it emerged, the security law was even tougher than expected. And it is powerful evidence that Xi Jinping is confident the world's second-biggest economy can withstand whatever foreign pressure comes its way.

One of the ways China does this is by using its financial muscle to weaken the territory's political resolve. Chinese firms have been deferring plans for US listings amid mounting tensions between the world's top two economies. The new law will attract those Chinese companies delisting from the US and looking to list nearer home.

Last year, e-commerce behemoth Alibaba raised around $13 billion (€11.6 billion) in its debut on the Hong Kong stock exchange with one of the world's largest listings.

In April, China's state-controlled insurance group Ping An bought one of three buildings atop the high-speed train station in the city's West Kowloon district, part of a $5.4 billion development.

Foreign companies are clearly rattled by the new rules.  In a poll by the American Chamber of Commerce of 180 US companies, 53.5% said they were "very concerned" while 30% were "moderately concerned" about the new national security legislation. Nearly 40% of business people in the AmCham poll would consider moving in light of China's national security law.

"Hong Kong is likely to develop into a Chinese offshore center," Alicia Garcia Herrero, chief Asia-Pacific economist at Natixis, told Bloomberg. "As a national offshore center, it may have some tax benefits, leeway in terms of issuing in dollar or attracting dollar investment. But it won't be a global financial center, where most of the players are global players."

Longer term, there could also be issues with ethical investment. What, for example, would happen if organizations like CalPERS (California Public Employees Retirement System), the largest pension trust in the US, started to compare investing in China to investing in tobacco in the 1970s.

"Markets are not moral compasses. But more issues are going to come to the fore. It's early days for the law but once ethical investment and corporate governance start to kick in, at what point do investors say we don't want you to invest in Hong Kong or in Xinjiang, where the situation is inexcusable," said Howie.

Hong Kong's resilience is legendary. In exactly 23 years since the 1997 handover to China, it has survived the Asian financial crisis the same year and came through the global financial crash of 2008 stronger than ever. But with the world reeling from the coronavirus, and with global criticism of China on the rise, Hong Kong faces its sternest test yet.