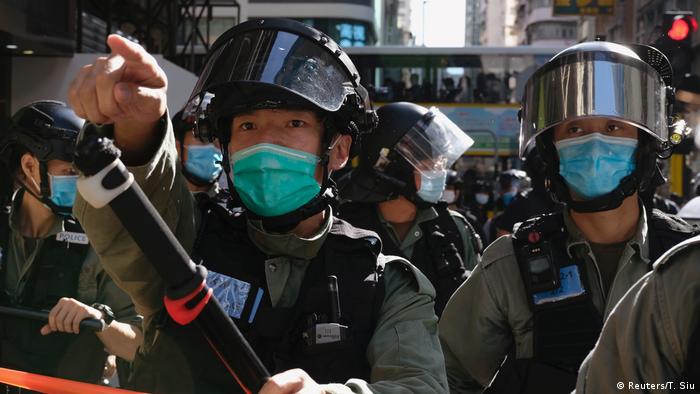 Over the past month, Hong Kongers have been deeply troubled by Beijing's new national security law (NSL). Both in public and privately, many have expressed anxiety not only because it will be the most detrimental blow to Hong Kong's civil society, but also because of its unpredictability and secrecy.

Days before its passage by the Standing Committee of the National People's Congress, no one in Hong Kong, likely not even Chief Executive Carrie Lam, had seen the bill's full text. Even though they already control Hong Kong's Legislative Council, only some of whose members are elected through direct elections, Chinese leaders decided to bypass the local legislative process entirely for no other reason than to flex their muscles.

Key questions about the law remain unanswered: What are the specific "crimes" it targets? Will it be applied retrospectively to actions committed before? Will those arrested stand trial in a Hong Kong court or extradited to China? What are the maximum sentences? 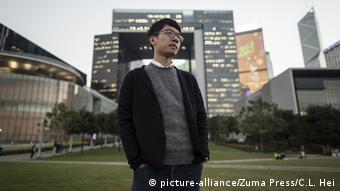 Fearing for his safety, Law resigned from the pro-democracy organization Demosisto

These uncertainties have stirred heated discussions everywhere and a deep sense of fear. Ordinary Hong Kongers have reason to worry that the freedom of speech and thought they have long enjoyed will no longer be available. For political activists like me, the terror is even more personal: When will the secret police — organized under a new local law-enforcement bureau that reports directly to Beijing — knock on our doors and take us into custody?

Chief executive is little more than a puppet

The present crisis showcases the corruption and flaws of Hong Kong's whole governing mechanism and philosophy under Chinese control.

In the past, Hong Kongers have been assured that our government would serve as a "firewall" or "connector" within the grand design of the "one-country, two-systems" policy. In other words, the chief executive, despite not being directly elected, would honestly reflect our worries to Beijing when the latter attempts to enact policies that contradict our popular opinion or violate our way of life.

But this myth has long since been dispelled. Lam's inability to make any decision of consequence throughout the yearlong protests has shown repeatedly that she is little more than a puppet. Likewise, members of her Cabinet concede that they have little to offer when it comes to the specifics of the national security law. They know no more than even the most casual reader of Hong Kong news. Still, they keep trying to convince us to "trust" Beijing because the law promises stability.

Essentially, Hong Kong officials are salespeople trying to sell a product they have not even seen. How can they have the confidence that the law will be beneficial if they have not even read the draft? How ignorant are they to expect us to embrace something so controversial unconditionally? How dysfunctional is "one-country, two-systems" when pushing through the single most consequential piece of legislation since 1997 does not involve the local government? These acts by Beijing are designed to turn Hong Kong into just another Chinese city while keeping its outer shell. In doing so, Beijing tries to confuse the international community into thinking Hong Kong remains a semi-autonomous territory, thus allowing it to reap economic and political benefits under this disguise.

To implement this broader Hong Kong strategy, Beijing relies on the politics of fear. It has successfully dispersed among the politically active crowds. More and more people now consider leaving Hong Kong, or simply erasing any past statements that contain political stances to protect themselves from being reported by their friends or colleagues.

As Hong Kong loses the free flow of information, its identity as a "free city" simultaneously comes to an end. When talented individuals plan to move out to seek fresh air, when business shift their headquarter to a more liberal-minded city, when youngsters will never obey to the heavy-handed government, no one can see the future of this "pearl of the orient" — except for Beijing itself, immersing itself in their ridiculous fantasy that these draconian approaches could reproduce the "normal Hong Kong."

What we are now confronted with is not just about Joshua Wong, Jimmy Lai, or even myself facing potentially years of imprisonment. It is about the destruction of Hong Kong. We may not witness the death of the democratic movement as it preserves its tenacity, yet we must watch the miserable funeral of a once beautiful and admirable city.

For Beijing, at the end of the day, the question remains: Is it worthwhile to kill the goose to get the eggs? For rational observers in the international community, the answer is a resounding "No." But for Chinese President Xi Jinping, a messier Hong Kong and a China under fire help to consolidate his position as the strong leader of the Communist Party. He has never cared about Hong Kongers.

Nathan Law is a former politician and activist in Hong Kong. He resigned from his position in Hong Kong's pro-democracy organization Demosisto on Tuesday after China's parliamentary body passed the new national security law.