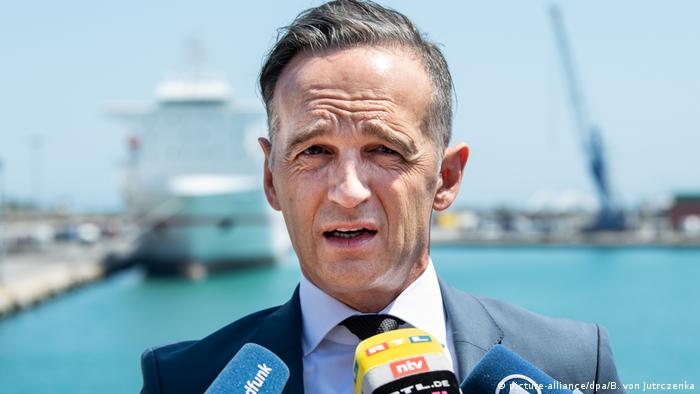 The introduction of the controversial new national security law in Hong Kong will impact European relations with China, German Foreign Minister Heiko Maas said on Wednesday, adding that the European Union must "take a strong stand."

"What is happening there is extremely worrying because we believe that Hong Kong's autonomy is gradually being eroded," Maas told German public broadcaster ZDF.

"Ultimately, the relationship between China and the European Union will be affected."

Maas also called on the European Union to take countermeasures. "The European Union must quickly take a strong stand on this. It's not the individual EU countries that are in question here. Only Europe as a whole has the necessary weight," he said.

Germany on Wednesday began its six-month stint holding the presidency of the Council of the European Union.

Several leaders and government officials have decried the controversial law to prosecute "secession, subversion, terrorism and collusion with foreign forces," which was approved on Tuesday.

These include "freedom of speech, of the press and of publication, as well as freedom of association, of assembly, of procession and of demonstration," the statement added.

Additionally, Borrell said Brussels was "assessing the implications of such a law and will continue to raise its concerns in its dialogue with China."

Other countries, including the United Kingdom and the United States, have said that the introduction of the law will impact their own relations with China.

British National Overseas (BNO) passport holders and their dependents will have a path to British citizenship, UK Foreign Secretary Dominic Raab said on Wednesday. "We will not duck our historic responsibilities to the people of Hong Kong," he said.

"We have very carefully now assessed the contents of this national security legislation since it was published last night," said Raab. "It constitutes a clear violation of the autonomy of Hong Kong, and a direct threat to the freedoms of its people, and therefore I'm afraid to say it is a clear and serious violation of the Joint Declaration treaty between the United Kingdom and China."

"China has not lived up to its promises to the people of Hong Kong," he added. "These measures are a flagrant assault on freedoms."

Twenty-seven nations, including Germany, Australia and Japan, also issued a spoken rebuke of China at the UN Human Rights Council in Geneva, describing "deep and growing concerns" over the new law.

They urged China to reconsider, saying that the law "undermines" the territory's freedoms, and was imposed without direct participation of Hong Kong's people, legislature or judiciary. Another 53 countries, however, announced support for the law at the Geneva meeting.

"The legislative power on national security issues rests with (the) state, which in essence is not a human rights issue," the statement said, according to Chinese state media.