Angela Merkel′s last Council of the European Union presidency — what to expect | Germany| News and in-depth reporting from Berlin and beyond | DW | 01.07.2020

Germany takes over the rotating presidency of the EU, for the last time under Chancellor Merkel. The bloc is facing immense challenges: A global pandemic and resultant recession. 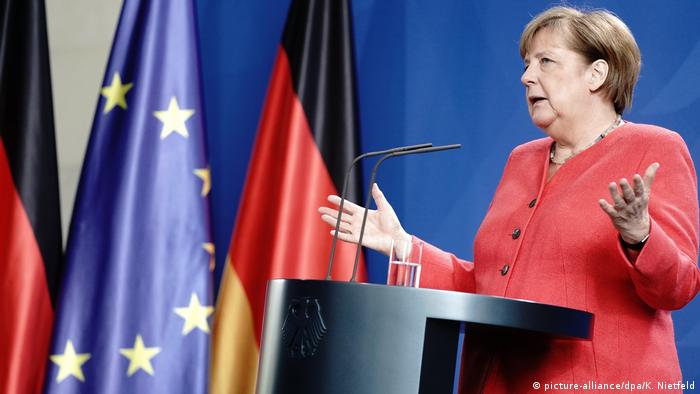 Overcoming the problems facing the bloc — and facing Merkel who will not stand for re-election as chancellor next year — is already looking like mission impossible.

The EU will have to contend with a debilitating pandemic that's also severely harming the world's economic health, all while trying to rekindle excitement for the shared European project. If all goes to schedule, — which is never guaranteed — Brexit, the exit of the EU's third-largest member and the economy will be finalized on Germany's watch. 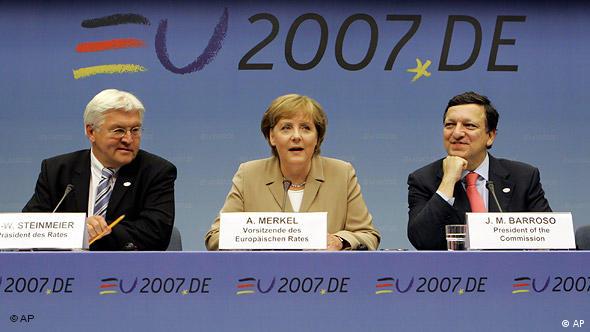 When Germany last headed the EU Council, the bloc was also heading into an economic crisis.

Europe has never been totally comfortable territory for Merkel. At home in Germany she is sometimes compared unfavorably with her CDU predecessor as chancellor, Helmut Kohl, in this arena.

Kohl's belief in the European project was forged in the suffering of losing his uncle in the first World War and his elder brother in the second. For him, intensifying European cooperation and turning foes into friends was a personal passion.

This was evidenced by the close personal friendship the conservative forged with France's left-of-center President Francois Mitterand. The culmination of their shared endeavors was surely laying the foundations for the single European currency, the euro. 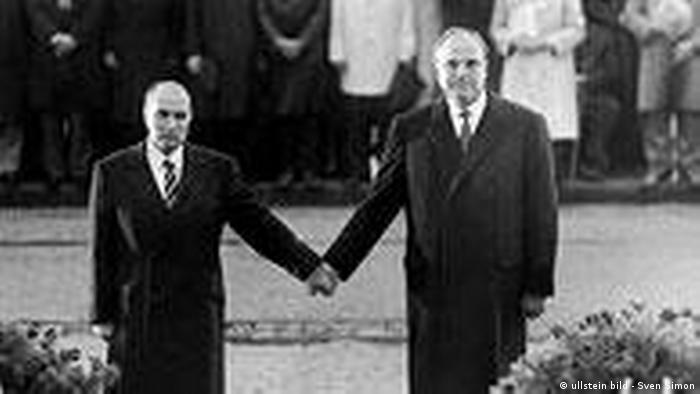 Merkel only joined the EU in the 90s

The next six months will be Merkel's second and final stint with Germany holding the Council's rotating presidency. The first came just before a major crisis, not during one — in the first half of 2007, just before the financial crash.

On January 17, 2007, still finding her feet in her first term at home, Merkel alluded to her own personal biography when addressing the European Parliament.

"I have spent my whole life in Europe. However, in the European Union, I'm still a youngster because I grew up in the former East Germany," Merkel said. "So, until I was 35, I only knew the European Union as an outsider, and since 1990 I've known it as an insider."

'Fortunate to be united in the EU'

A few weeks later, at an event marking the 50th anniversary of the Treaty of Rome — effectively the founding document of what would become the EU — Merkel made a comment that would become a recurring theme of her chancellorship.

"We citizens of the European Union have the great good fortune to be united," she said. 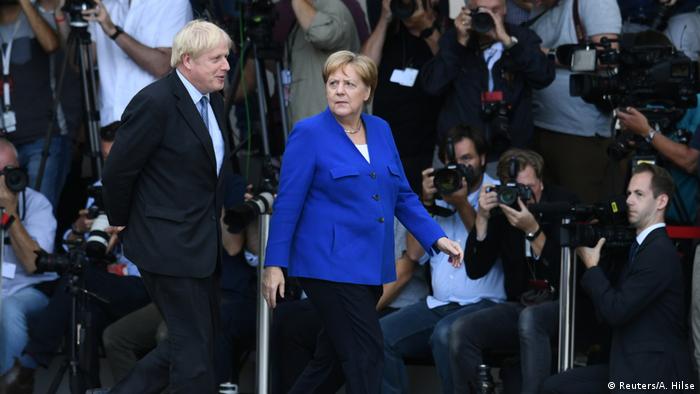 Angela Merkel is opposed to wide-ranging concessions in Brexit negotiations

But despite often returning in later speeches to this trope, Merkel has never really sought root-and-branch reform or revamping of the bloc. No matter which of the four French presidents she has worked alongside was in office, she never dared reach for a European renaissance in defiance of populism and rising euroskepticism.

Three years ago when Emmanuel Macron was elected president, some in Germany expected just such a push for a grand Franco-German bid for reform. Macron visited Berlin several times on the campaign trail, speaking in crammed university lecture halls. Prominent Social Democrats also joined the young audiences, but CDU politicians were spotted rather more infrequently.

Macron's campaign pledges, at least, exuded vision and optimism. But nothing much happened. Merkel left his offers – however genuine they might have been – unanswered.

Is the European house crumbling?

And yet, as crisis strikes in 2020, Merkel seems dynamic and decisive again. It seems as if she's been rattled into action by the cracks appearing in the structure of the EU, as the member countries close their borders in the coronavirus crisis and see a revival of nationalism. Those close to the chancellor, who's now 65, say that Europe has become an issue close to her heart, just as it was with Kohl.

She even made a concession, or half a concession, on the German red line of sharing European debt in response to the pandemic. The vast stimulus package put forth by Macron and Merkel in mid-May would aim to help countries in greater need and greater debt like Italy and Spain more, and for the first time would be funded by pooling liability for the debts across the EU.

As Merkel put it during a joint press conference with Macron, after describing the unfolding economic situation as "the greatest" challenge in the EU's history: "Such a crisis demands an appropriate response." This was one of countless video press conferences during the height of the pandemic, with Merkel in Berlin and Macron far to the west in Paris. And yet, in some senses, they had never seemed closer.

Merkel and Macron's desired message was clear: the Franco-German "motor" driving the EU was firing on all cylinders once again.

Just as the desire and need for Franco-German reconciliation and peace drove the formation of the EU, so the governments in Berlin and Paris could – if they agreed on how to proceed – drive policy forward in the bloc. Especially in the earlier days of a smaller EU, and with renewed influence now in the absence of British input.

You can't find a monument to European unity in the government quarter of Berlin. But there is one to Franco-German reconciliation: a statue of postwar leaders Charles de Gaulle and Konrad Adenauer (another CDU ex-chancellor hailed as an EU founding father by his party), their hands clasped together. The monument depicts a famous scene from the signing of the Franco-German friendship pact of 1963.

"We can only hope that France and Germany become a motor of European unity once again," Italian-german philosopher Vittorio Hösle, who worked as an adviser to Helmut Kohl during his tenure, told DW.

He warned that further integration — something resembling the United States of Europe first invoked by Winston Churchill — will be necessary to ensure this. "If further steps are not taken towards deepening the union, the EU could collapse like a house of cards," he said.

Merkel is often seen in Germany as being in her political element when in a crisis. If that's the case, 2020 did not disappoint for her last stint helping to steer the European ship.

German Chancellor Merkel said Berlin would ensure an effective recovery when it takes up the EU presidency on July 1. Her remarks came after talks with French President Emmanuel Macron in Berlin. (29.06.2020)