Berlin stepped in to settle a rift between top EU and German courts, backing an EU bond-buying scheme that was threatened by a ruling from German judges. Germany's government says the ECB has now met the judges' demands. 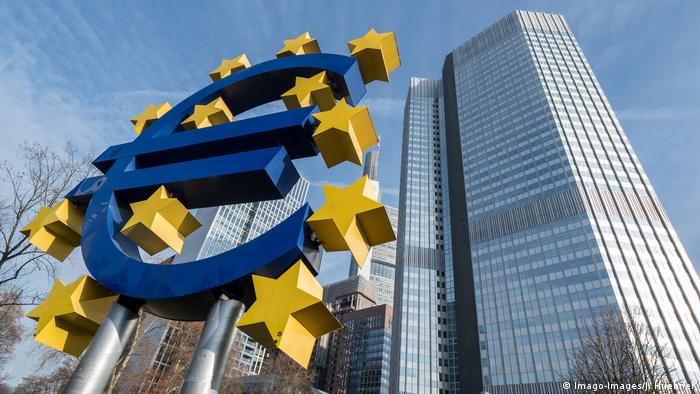 Germany's Finance Ministry backed a disputed stimulus program pushed by the European Central Bank (ECB), paving a way past the power struggle between Germany's Constitutional Court and the European Court of Justice (ECJ).

New information shared by the ECB "fully satisfies" the demands made by the German judges, Finance Minister Olaf Scholz said in a letter to parliamentary speaker Wolfgang Schäuble.

In a shock ruling last month, the German court threatened to ban Germany's central bank from taking part in a crucial ECB bond-buying scheme.The Karlsruhe-based judges said ECB governors had failed to take sufficient account of the project's side effects on banks, savers and other stakeholders. The court asked the ECB to demonstrate the "proportionality" of the scheme and its goals within the next three months. They also ruled that the ECJ had simply rubber-stamped the central bank's policy.

The German ruling prompted a sharp response from the ECJ judges, who believe only their court can rule on the ECB decision.

"Divergences between courts of the member states as to the validity of such acts would indeed be liable to place in jeopardy the unity of the EU legal order," said the Luxembourg-based ECJ.

The ECB also argues it is not bound by the decisions of the German court. However, without obeying its ruling outright, the ECB provided German officials with more information last week, including details on the issue of "proportionality."  The ECB said its €2 trillion ($2.25 trillion) scheme was an effective tool to stimulate the economy and pledged there are "sufficient safeguards having been built into the design of these programs to limit potential adverse side effects."

Finance Minister Scholz said that, with this new information, the ECB heads had "convincingly demonstrated its deliberations about proportionality." His letter to Schäuble was dated June 26 but only went public on Monday.

On Sunday, Germany's Constitutional Court said the nation's independent central bank was still bound by its decision, but that the Bundesbank would decide on its own whether or not it will pull out of the scheme.

German Chancellor Scholz and French President Macron told the Russian president that any resolution to the war needed to come through negotiations between Ukraine and Russia.