Coronabonds and the idea of European financial unity | Business | Economy and finance news from a German perspective | DW | 01.04.2020 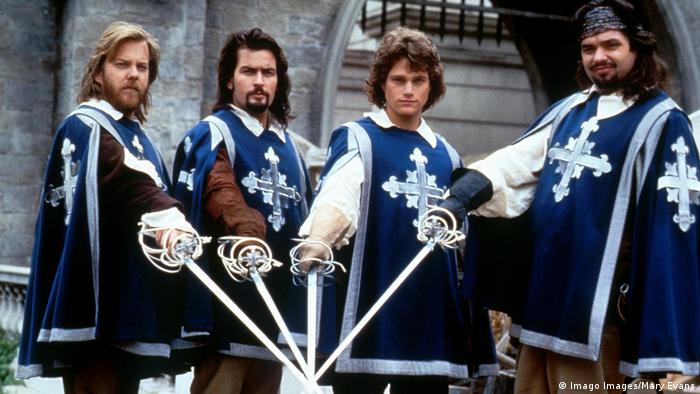 "One for all, all for one." The three musketeers express it so memorably in Alexandre Dumas' novel that they always stand up for each other.

The European Union on the other hand has never been so daring. The EU credo is a "nonassistance clause." This clause, Article 125 of the Treaty on the Functioning of the European Union, precludes members from being liable for other countries' debts.

The only question remaining is what the best way to get through a major crisis would be: with the bravado of the musketeers or the reserved nonassistance clause?

Sure, the European Commission has released billions in special funds, the limits for budget deficits and government debt of EU countries have been relaxed, and the European Central Bank is opening the money gates even further. But is that enough?

In the face of the huge crisis, they are calling for the community to borrow together. "The case for such a common [debt] instrument is strong, since we are all facing a symmetric external shock, for which no country bears responsibility, but whose negative consequences are endured by all," they wrote in a joint letter to the president of the European Council, Charles Michel.

The line "shock, for which no country bears responsibility" was chosen with care. With it, the signers hoped to differentiate the coronavirus crisis from the debt crisis in the eurozone, which began after the global financial crisis almost 10 years ago.

At that time, countries such as Greece, Spain and Italy were accused of being partly responsible for their financial imbalance through careless housekeeping or lax banking supervision. On the financial markets, these governments could only borrow money at such high interest rates that they had no room to maneuver.

Even then, the demand was growing for common European debt in the form of eurobonds. These bonds have lower interest rates because the more economically strong countries are also liable for them.

Germany was the strongest opponent of eurobonds, supported by Austria, the Netherlands, Finland and Estonia. Referring to the European non-assistance clause, they asked countries in crisis why  they should be liable for those who do not keep their finances in order?

A 'no' from Berlin

The opponents of the eurobonds prevailed at the time. Instead, a rescue package called the European Stability Mechanism (ESM) was created. This financial instrument called for countries to add to the pot depending on their financial strength. The ESM then borrowed money on the market at favorable conditions and lent it to countries in difficulty.

The advantage of such a construction is it does not violate EU rules because members are not liable for anyone else. Each county is only liable for the amount of their deposits, which in Germany's case is at least €190 billion ($207 billion). In addition, the loans are only given to countries that promise austerity policies. Compliance is strictly monitored. 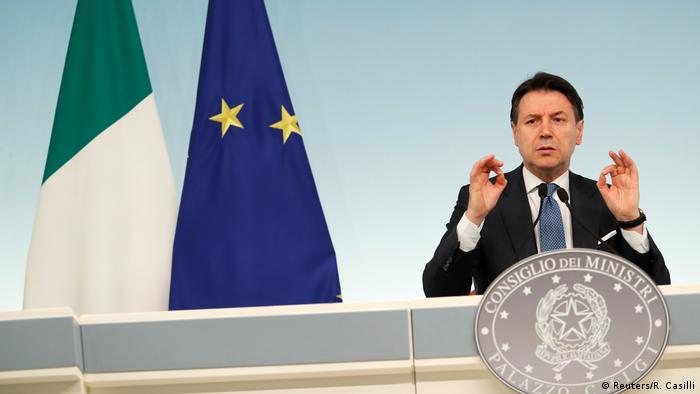 German Chancellor Angela Merkel was against eurobonds at the time. Now she is against coronabonds. "I believe that with the ESM we have a crisis instrument that provides many opportunities that do not call into question the basic principles of our joint but responsible action," said Merkel after the EU summit last week. According to experts, the ESM now has around €400 billion in funds.

But Italian Prime Minister Guiseppe Conte, whose country is currently particularly badly hit by the corona crisis, doesn't want to hear it. At the summit, he rejected the suggestion of asking the ESM for a loan, as if Italy was once again an underperforming crisis country.

"What do we want to do in Europe? Does each member state want to go its own way?" he asked in a televized interview on Tuesday evening, pointing to the huge aid package of $2 trillion the US is using to respond to its own coronavirus crisis.

"If the response is not a common, serious and coordinated response, Europe will become less and less competitive, including in the global market," said Conte. And German taxpayers shouldn't be afraid. Coronabonds did not mean that the Germans "had to pay even a single euro for Italian debt."

During the euro debt crisis around a decade ago, the German government could be sure that most of the leading economists shared their rejection of eurobonds. Now in the coronavirus crisis this is no longer the case.

Europe must take a stand

"The strong have to help the weak. Now is the time when the much-praised community with a common destiny has to show its true colors," wrote the economists in an article that appeared in five European newspapers simultaneously.

Borrowing together 1 trillion euros would be "a clear sign that Europe is in a crisis together." The signal could not be missed. Not a single overwhelmed country would have to apply by itself. "Europeans manage the crisis together," wrote the economists.

For a group that is usually matter-of-fact, that sounds a lot like a musketeer call. And that even though IW boss Michael Hüther was himself a staunch opponent of shared debt a decade ago.

The decisive difference for Hüther is that coronabonds are not permanent, but a one-off solution. There is even a historical example for this, he says. In 1975, the European Community issued a bond to mitigate the effects of the oil price shock. "That was apparently not a problem at the time, why can't we do that in this crisis too?" he asked.

It's still unclear if Chancellor Merkel can be convinced. By the next EU summit, member states want to see what alternatives there are besides the ESM loans favored by the German leader. One possibility would be to relax ESM conditions and to extend the terms of any loans.

IW boss Hüther doesn't think that's a good idea. "The ESM was not created for this purpose and its size is not suitable either." Rather it should be used to take care of troubled banks. "We'll probably have to talk about that as well," added Hüther.

He sees coronabonds as a "litmus test for European solidarity." All countries that are doing badly wonder who is going to help them. "In the end, if it's just the Chinese or maybe the Russians, then I think the breakup of the European Union will be unstoppable." And that cannot be in the interest of the German economy.

"If we don't stabilize Europe, our markets won't be there either," he concluded.