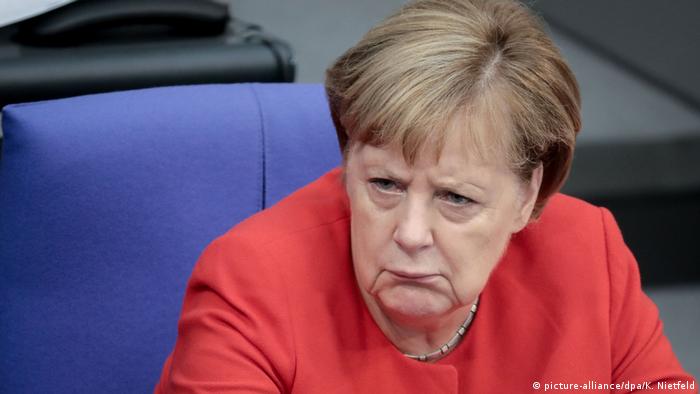 Pressed on whether her decision to only serve out her current term still stands, Merkel replied: "Very firmly."

The long-time German leader was also evasive when questioned about whether US President Donald Trump was responsible for racism and police violence in the US.

"I believe that his leadership style is controversial," Merkel said, refusing to comment directly on the whether Trump is a polarizing figure.

"I work with all elected presidents in the world," she said. "That includes the American president. And I hope the country can be pacified."

She described the police killing of unarmed black man George Floyd that sparked the protests as "murder" and said "racism is horrible," acknowledging that racism also existed in Germany.

Kramp-Karrenbauer, however, struggled as chairperson to impose her authority and announced last February that she too would not run for chancellor.

The CDU's leadership search, delayed by the coronavirus crisis, remains in abeyance, with internal decisions not expected before late this year.

In early May, Interior Minister Horst Seehofer told the Bild am Sonntag newspaper that Merkel's "strong" leadership through the pandemic had fueled speculation she might seek a 5th term.

Germany's next federal parliamentary elections are expected in the third quarter of 2021, by October 24 at the latest.