In 2012, the territory of Moscow more than doubled with the stroke of a pen. Rapid construction is underway to accommodate the a burgeoning population, putting a strain on the environment and rural communities. Aleksei Zakharinsky shares his modest wooden house just outside the town of Moskovsky with 10 cats. Not long ago, the 51-year-old and his neighbors lived on the edge of the forest. Moscow seemed far away.

But within the space of a few years, the city had reached their backyards. Today, the surrounding woods are vanishing. A lush valley in the adjacent forest has been filled with soil unearthed for the construction of a new metro line.

It all started in 2012, when the Kremlin decided to more than double the size of Russia's capital by simply annexing an area of countryside half the size of Luxembourg to the southwest of the city.

"New Moscow" was meant to deal with a rapidly growing population and, so the argument went, to relieve the pressure on the old city. But it came as a shock to inhabitants, like Zakharinsky, none of whom had been consulted.

"At first it was really horrible, as if they had cut off a part of myself," said the mushroom and plant expert, referring to the disappearing nature. "I used to consider all that (land) as our own property. Everyone who lived here was free to go into the forest to pick mushrooms or simply to walk." 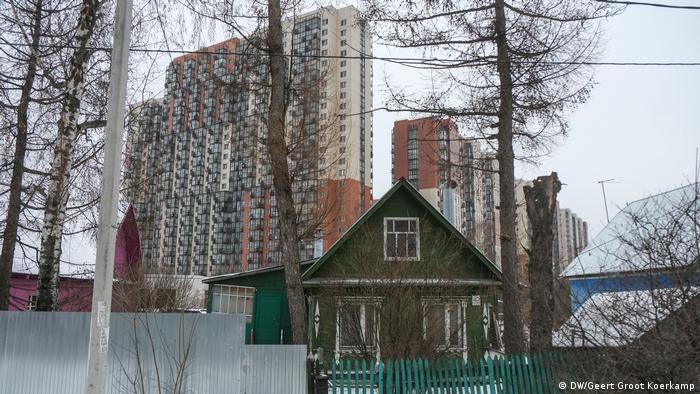 Old and new: A recently-built high-rise just outside the village of Rumyantsevo in New Moscow, an area half the size of Luxembourg that was added to the Russian capital in 2012

Better than most, Zakharinsky knew what was at stake.

"A lot of rare plants grow here," he told DW, in reference to the local woods. "Wild garlic, wood anemone, also marsh hawk's-beard — this here was the first find for the Moscow region. That is an extra argument to preserve at least some parts of New Moscow's woodlands."

Back in 2012, then Russian President Dmitry Medvedev considered the expansion plans a perfect opportunity to build a model city unlike anything Russia had seen before. Untypical for Moscow, low-rise buildings would dominate the future residential areas, he stressed.

In addition, specialized centers for innovation and education would provide employment, and government organizations would move to a new location, just outside the existing ring road that runs around the old city.

"They should not become the characterless commuter towns, of which we already have too many in Moscow and the country," he said when presenting the plans. 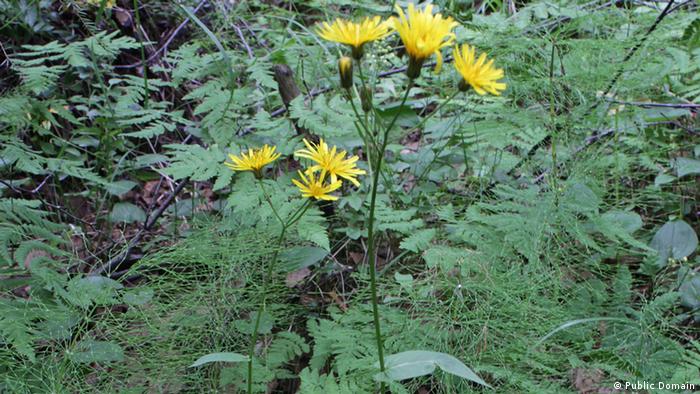 Rare plants such as the marsh hawk's-beard are found in the woodlands around New Moscow. That is reason enough for them to be protected, says plant expert Aleksei Zakharinsky

Almost seven years on, Medvedev's dream has not materialized. The new districts are filled with the large, traditional concrete-apartment buildings typical of the classic commuter towns so criticized by the former president.

Government organizations have largely stayed put too, with Moscow Mayor Sergei Sobyanin publicly expressing his doubts about decentralizing the city's management. Sobyanin argued keeping all services in the old city makes more sense to most Muscovites.

Critics have condemned the lack of any public discussion about the necessity of the plan and have pointed out that valuable green space is quickly being replaced by new residential areas, while the development of the necessary infrastructure connecting them to the old city is lagging behind.

Speaking at a rare public discussion devoted to the pros and cons of the project during the Moscow Urban Forum in 2015, urban scientist Aleksei Novikov called the project a "huge mistake."

Still, construction doesn't look likely to abate. By 2035, some 1.5 million people are expected to move to the new territories, according to Moscow government estimates. The real numbers may turn out to be significantly higher, as ever more Russians migrate from less prosperous parts of the country to the capital. House prices in New Moscow are much more attractive than in the overcrowded old city.

The changes have not only affected the environment but village life. 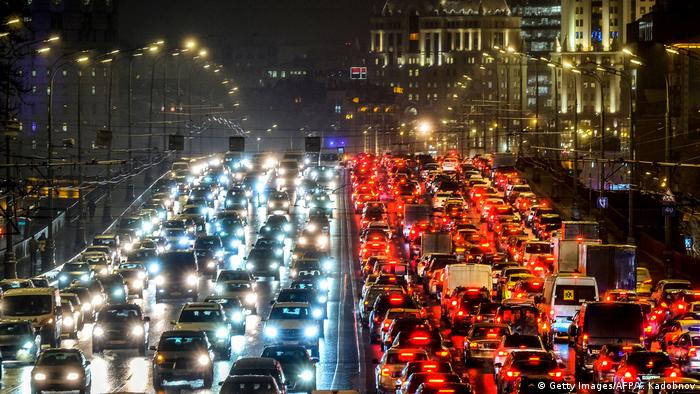 The Kremlin announced the plans for New Moscow to ease pressure on the overcrowded old city, which is known for its traffic jams

In Pykhtino village, a few kilometers north of Moskovsky, a bulldozer rumbles along the main road. A passenger plane passes low overhead on its way to Vnukovo airport a mile away — its engine noise temporarily drowning out the constant drone of traffic from the ever busier Borovsk highway.

"Not so long ago, goats and chickens were walking around freely, there was space enough to keep them," Ilya Sorokin told DW, gesturing toward new 20-storey buildings just outside the village. "But free land is no longer available."

Thirty-year-old Sorokin has lived here for most of his life. Pykhtino was once a small and close-knit village community, he recalled.

"Our community consisted of 14 villages, with 3,000 inhabitants," Sorokin said. Since 2012, the population has increased to around 70,000 inhabitants.

Although Sorokin and other locals know their village is gone for good, they're not giving up on it. They've managed to convince city authorities to build a playground, and have sounded the alarm over illegal dumping in the nearby River Likova. Vnukovo airport and one of the new residential areas are the suspected sources of the pollution. Ilya Sorokin has lived in the village of Pykhtino for most of his life. He says new high-rises have replaced land where chickens and animals were once kept

Aleksei Zakharinsky also believes the fight to protect the environment and their previous way of life is unwinnable. Still, more new territory residents are voicing concerns about the pace and direction of the city's expansion, and are trying to have those concerns heard. In 2018, a number of local activists ran for council elections — some successfully — in a bid to exert more influence over the future of their communities.

"I have stopped getting upset too much," he said. "I understand that I am no longer young, and when you do not have the means to stop it, you must somehow try to adapt to the new situation."

And his town, at least, has seen improved infrastructure and more shops and other services within walking distance, which he says is more convenient.

"But," Zakharinsky sighed, "the silence is gone forever."

Its status as the area's top predator has not stopped the endangered Caspian seal's numbers from plummeting. Conservationists hope international action can come to its rescue. (05.07.2016)

The cities leading the transition to renewables