Hezbollah leader Hassan Nasrallah has openly threatened Israel with attacks as the group has increased its military might. Two weeks before Israeli parliamentary elections, the risk of war is growing. 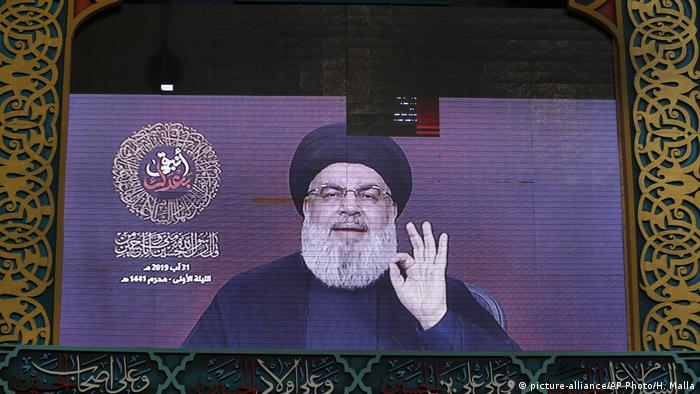 The threat to Israel was delivered in no uncertain terms: "Attacks against Lebanon will threaten all your soldiers and settlements," said Hezbollah's Hassan Nasrallah in a video posted on Monday. The head of the Lebanese Shiite militia also said the group could carry out attacks "deep inside Israel" in retaliation to any further offensives. Nasrallah said that the "red lines" on the border drawn by Israel no longer existed.

The video came shortly after a statement from Jerusalem: Israeli Foreign Minister Israel Katz requested his German counterpart, Heiko Mass, warn Lebanon that the entire country "will be struck and badly damaged," if Hezbollah aggression did not cease. Katz's statement came as a response to Sunday's events: Israel claimed that the militia fired several anti-tank missiles at Israeli Defense Force (IDF) vehicles. The IDF then attacked Hezbollah targets in southern Lebanon.

According to a study by the Washington-based Center for Strategic and International Studies (CSIS), the latest exchange of fire comes in the wake of a dramatic shift in the power dynamic between Israel and Hezbollah. The think tank describes Hezbollah as the most heavily armed nonstate actor in the world. 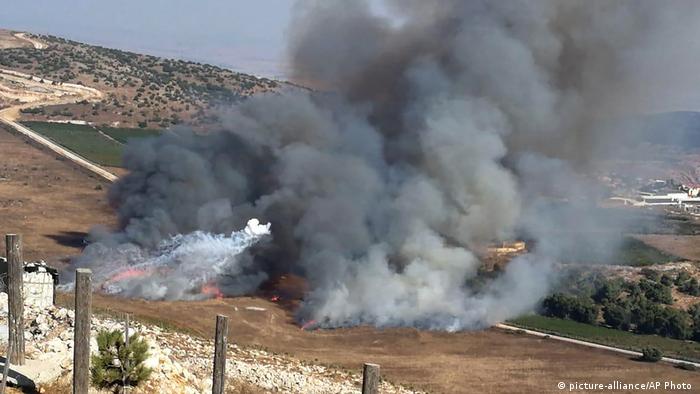 During the 2006 Israeli-Lebanese conflict, the group had 15,000 missiles, but that number has since risen to over 130,000, according to a CSIS study. The study notes that this has put a strain on the Israeli Air Force in defending the country, as the missiles "force Israeli aircraft to fly at higher altitudes, reducing Israel's ability to accurately strike ground-based targets."

The think-tank believes that to be precisely Hezbollah's aim: to force the IDF to rely primarily on ground troops in a conflict.

In light of the shifting power dynamic, Israel modified its strategy, according to a paper published by the Israeli Institute for National Security Studies (INSS) in August. The study found that this has forced Israel to be continually widening the scope of its operations. While the Israeli government was compelled to take action against Iranian positions and depots in Syria, the attacks were also aimed at targets in Iraq where Tehran — against the will of the Iraqi government — was building military capacities.

The INSS believes that this new intensity of attacks against Hezbollah targets had not been seen before. It highlights that, in the most recent offensive, the IDF is also deliberately leaking its intelligence to the media to ensure that leaders of Hezbollah, which is backed by Iran, were well-informed of its calculations and intentions.

The turn of events suggest that senior Israeli military figures consider the threat posed by Iran and Hezbollah to be higher than before, according to the INSS study. The IDF's heightened activity is also evidence that there is real concern about its opponent's military developments.

The study says Israel's flurry of activity is also a sign of its conviction to "exhibit boldness, determination, and decisiveness on the part of the Prime Minister [Benjamin Netanyahu] in the face of the Iranian threat, as well as his willingness to take risks." The study concludes that Netanyahu's latest actions will benefit his campaign for the snap parliamentary elections on September 17.

Political analyst David Daoud wrote in Israeli newspaper Haaretz that "fear is Hezbollah's most potent weapon." He opined that it is to be expected that the militant group would continue to make "nightmarish" threats of destruction that are far beyond its actual capacity.

Daoud anticipates that these threats could include an occupation of the West Bank, blanketing Israel with precision missiles, or strikes on Haifa's ammonia tanks or Dimona's nuclear reactor. 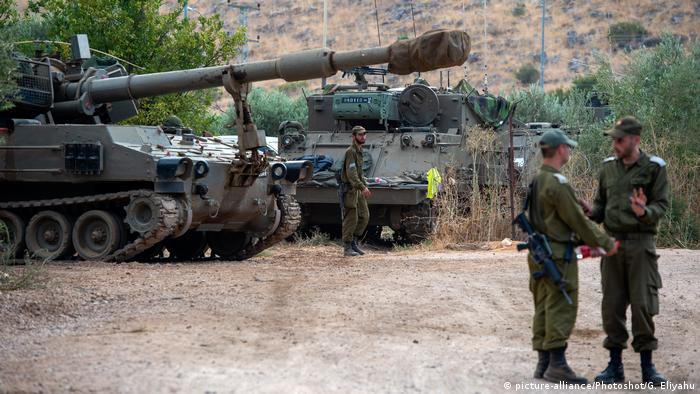 He believes the threats are meant as a deterrent and, to this end, Hezbollah is trying to paint itself as being positioned to determine if and when to start a war. Daoud also says that, at the same time, Hezbollah's rhetoric is intended to incite enough fear in the Israeli population that it could prevent a war.

In this sense, he writes, the strategy is effective: "Israel's media, military, and political figures are playing into this — by uncritically repeating the group's threats," creating an "echo chamber" for rhetoric — which, he points out, even Hezbollah leader Nasrallah claimed "does all our work for us."

Overall, the INSS authors conclude, an escalation in Lebanon is entirely possible. They surmise that the IDF is currently expanding its attack and defense capabilities, but also do not exclude the possibility of Hezbollah planning an attack on Israel that will not lead to full-blown war. However, the risk of miscalculation is high: Israel could strike back with more force than Lebanon anticipated.

Politicians in Jerusalem are also facing certain risks, meanwhile, namely with US President Donald Trump's administration. Washington is currently preoccupied with Iran, and not in a position to embroil itself with any more regional tensions — even if they involve Israel.