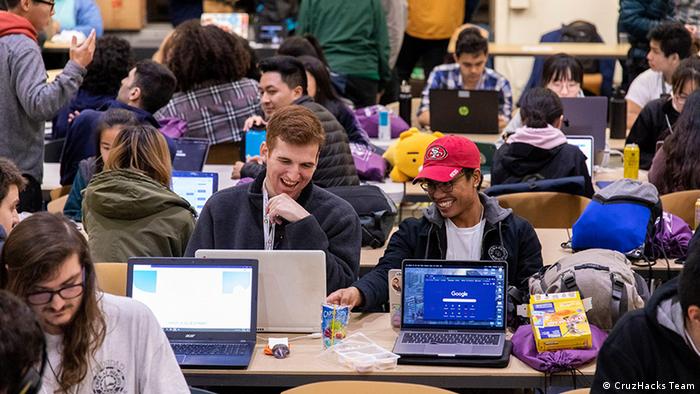 It was around 3 a.m. on a weekend night in mid-January. Hundreds of bleary-eyed students at the University of California in Santa Cruz huddled in small groups whispering urgently. They tapped away at their laptops, poring over complex-looking diagrams, equations and flow charts.

The hallways around them were littered with more students in sleeping bags taking turns to nap before refueling on coffee and snapping back into action. They'd been working since 5 p.m. the previous evening and had just 12 hours left to finish their projects in time to present them to a panel of experts.

But they weren't working against the clock to pass some exam; they were there by choice, to participate in CruzHacks— a 34 hour-long hackathon.

Sanjana Paul, 22-year-old head of the Earth Hack Foundation which sponsored CruzHacks, describes such hackathons as an "untapped model of climate activism."

They attract hundreds of young people willing to work to tight deadlines to come up with technical solutions to environmental problems, and Paul hopes they will provide solutions to some of the most pressing global climate issues.

More than 500 people turned up for the Santa Cruz event, grappling with problems presented at the start in categories such as sustainability and earth conservation technology, mental health and social justice. 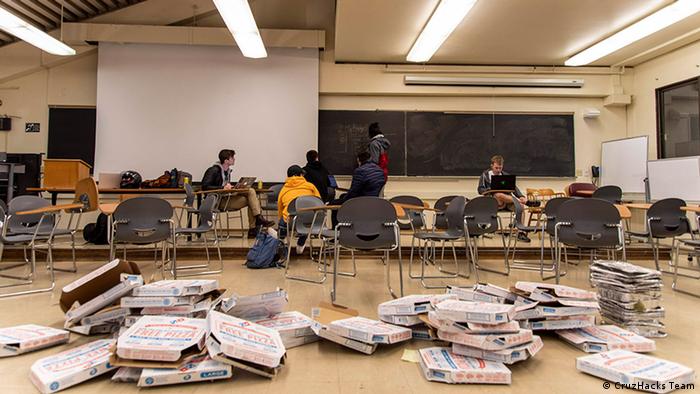 It was the fifth hackathon supported by the Earth Hack Foundation, since Paul started in 2018. The hackathons are organized by university students, with the foundation providing support and occasional financial assistance.

Some solutions devised along the way have been developed further. One group at CruzHacks was accepted into its university's pre-accelerator program to create a prototype of its "Spore Stickers" — stickers infused with mushroom spores to help cardboard decompose more quickly, while simultaneously detoxifying the soil.

Other projects at previous hackathons have included smartphone sensors that reduce e-waste, smart thermostats to encourage energy saving, and moss filters to purify air inside buildings.

Inclusion is a central value for the events. "I wanted to break down entry barriers to people who are usually excluded from environmental innovations spaces, for example low income and ethnic minority communities," said Paul, a former engineering student who now works as an atmospheric science software engineer.

Paul's team have created outreach strategies to bring in these kinds of students and "show them there is a place for them at Earth Hacks." The hacks are free to participate in and food is provided, so there are no cost barriers to attending. A one laptop per team rule is also encouraged so students who don't have their own are not deterred and Paul wants the events to promote open collaboration.

"Coming from a technical background myself, it's really a shame to see how many folks in the tech space discount people's skill sets and opinions just because they're not data science wizards," said Paul.

Although environmental issues have always interested her, she said she became particularly engaged at 16, when she began seeing "desperate calls to action from scientists."

"The global environmental situation has gotten even more dire since then and now it's pretty much all I think about," said Paul. "Nothing else matters if we don't have a liveable planet for it to matter on."

Paul is keen to support further hackathons, but due to the ongoing COVID-19 pandemic all events scheduled until summer have been postponed to a later date or are going fully virtual. 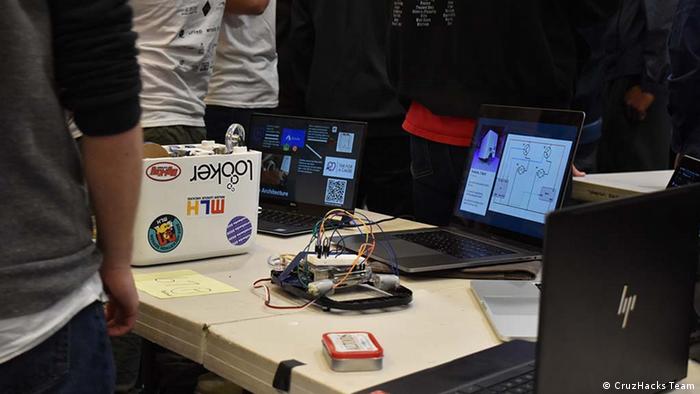 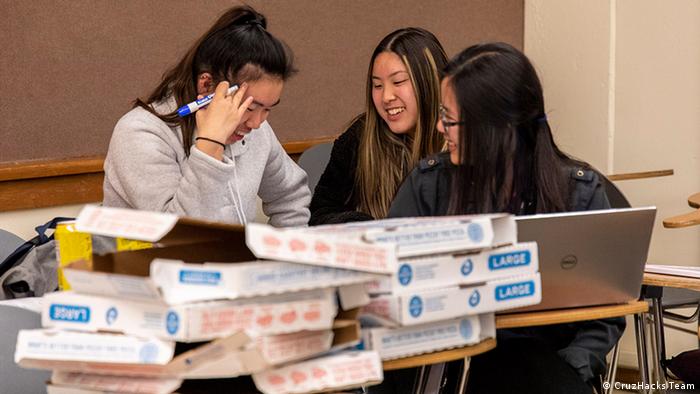 And there is certainly an appetite for these events. Shivika Sivakumar, a 19-year-old attended CruzHacks.

"As a computer science and politics double major, the intersection of the areas that I want to study is essentially the idea of technology for social good," she said. "I find that hackathons are the perfect place to pursue this idea, and it actually becomes fun when you do it with friends."

Although new to backend development Sivakumar spent numerous hours online trying to learn the skills to develop an algorithm. Her team developed "News Not Hues," a project trying to solve the issue of fake or biased news. They created a browser extension that could be enabled on any news article to judge its bias.

One of the projects to win a share of the $10,000 (€9,200) prize fund at CruzHacks was "H20ceans," which designed a machine learning model to track and make predictions about the populations of keystone species.

The team was composed of first-time participants Fahed Abudayyeh, Navika Gupta and Kayla Bowler — all 20-years-olds from California.

"As computer science undergraduates, we hardly get the opportunity to explore different fields of research," said Abudayyeh. "Going into CruzHacks, we were excited for the opportunity to develop for a cause that was meaningful to us."

Another winning project was the app "PollenPlanter." Users pick their pollinators — which include hummingbirds, carpenter bees and butterflies — and the app creates a custom profile explaining which plants attract them.

"It gives you a way to contribute positively to the dwindling ecosystems of animals and insects," said team member Maya Apotheker. 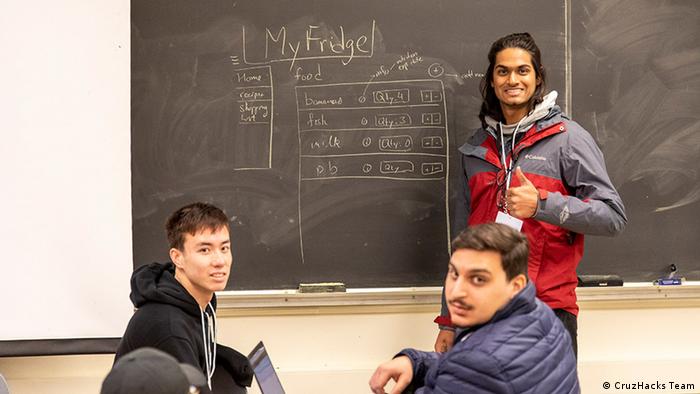 At some universities, there are opportunities and infrastructure for the projects to continue. In those cases, Earth Hack tries to work closely with student organizers to make sure participants get to benefit.

Tech entrepreneur Mick Liubinskas sees such collaboration as a golden opportunity. "There is [a lot] of amazing research that doesn't get a chance of commercialization because it stays in universities and labs. We need to bring together and fund entrepreneurs and researchers."

Paul says she's been motivated by providing a wake-up call for students in the tech space and lowering barriers to entry for non-STEM students.

"One of my favorite examples is when a biomedical engineering student approached me after an event and said they were a bit mad at me for indirectly making them think about solar power all night," said Paul. "They were mad because of the ensuing sleep deprivation and panic about dependence on fossil fuels. Seeing that type of behavior change is really amazing and important."