Are schools equipping kids with the skills to understand and deal with climate change? Some German students don't think so and are trying to get their curriculum changed. 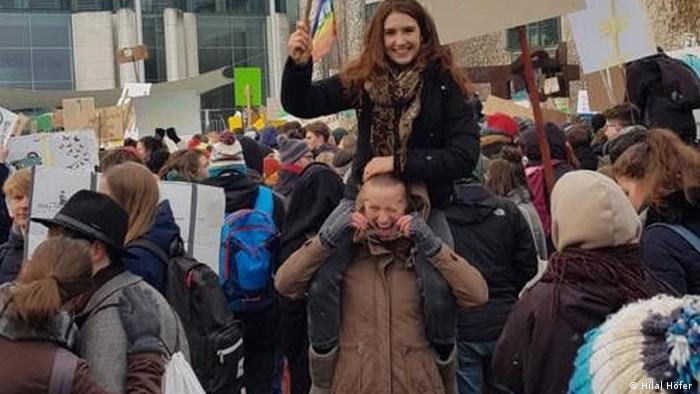 Victoria Bederov tilts her head to one side and considers the question for a moment. What does the 18-year-old Berlin student think about climate education in German schools?

"The climate education is unfortunately horrible," she says definitively. Her fellow students at the Private Kant School in Berlin, 19-year-old Alina Runk and 18-year-old Leonie Brockmann, nod furiously in agreement.

The three final-year high students say the education system is failing to equip children and teenagers with the skills to address climate change — something they see as a major threat to their future.

"It's not just a teaching of climate change but our survival basically," Bederov says. "It's not enough for the education system to rely on recycling and saying changing light bulbs is the answer."

It is precisely such suggestions that appear most in high-school textbooks — in Germany and elsewhere — as ways to help slash CO2 emissions, say the students and their biology teacher Bruce Phillips.

In fact, these measures have a much lower impact on emissions than living car-free or taking fewer flights.

"They (the students) all know about the problems," Phillips says. "But they don't know what they should be doing to have the most impact on reducing their carbon footprint … We're really setting them up to get an F-grade."

Now Runk, Brockmann and Bederov are on a mission to update the German curriculum. 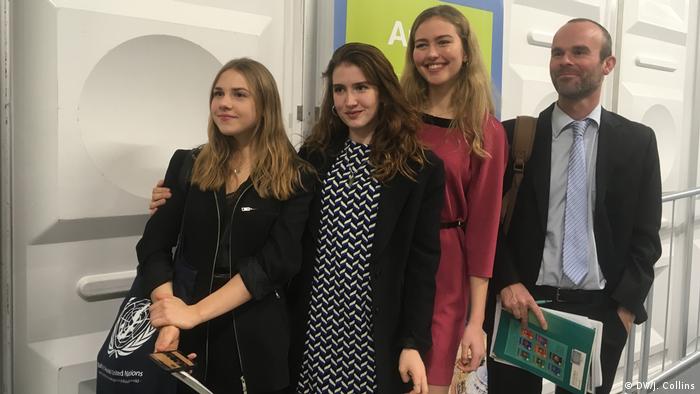 The students started by replicating a study from the journal Environmental Research Letters, which looked at scenarios for individuals to cut CO2 emissions and how often they appeared in science textbooks in Canada.

The authors found decisions such as living car-free, which saves the equivalent of 2.4 tons of CO2 emissions per year, made up just 4 percent of recommended actions in the 10 Canadian science textbooks they examined. A family in the developed world opting to have one less child would save, 58.6 tons of CO2 per year, and was never cited.

The three students and their teacher looked at the same high-impact and low-impact actions in a range of geography, chemistry and biology textbooks aimed at 11 to 18-year-olds in the UK, Germany, France, the United States and Australia and came to the same conclusion. Some of the proposed solutions hadn't been updated over the last 25 years, Phillips says.

Bederov and the others know suggestions such as having fewer children are controversial. But they want to push education departments to include these ideas on their curricula so students are aware of the options and discuss them critically.

"It should really be included in our education," Brockmann says. "Not in a radical way, in terms of saying 'you shouldn't have any children later,' but just telling students that I have to make conscious decisions in their future."

They're now contacting textbook publishers and politicians about changing the school curriculum in Berlin — and then across Germany — to include more high-impact solutions to climate change.

Changing the curriculum in any country is a tall order. How much climate and environment education a student gets depends on how much of a priority it is at their school, or for a specific teacher, or according to the state or local authority in charge of their education system.

Germany's education system, for instance, is highly decentralized, with each of the 16 federal states setting its own curriculum.

"In Germany it's each Bundesland (federal state) for itself," says Jonas Andreasen Lysgaard, associate professor at the Danish School of Education. "So the change in curriculum is very slow. The curriculum is traditionally a very slow-moving creature, which becomes even more obvious with an issue like climate change.

It's not just a problem in Germany, says Lysgaard. In Denmark, where the bulk of his research is focused, municipal authorities are responsible for schools.

If the local authority has a "heavy focus" on climate change, a school will find it easier to integrate this into the classroom. "Otherwise, it might just be one week a year where they focus on climate change. On a policy level, on a governmental level we are lagging severely behind."

Another challenge is equipping already overwhelmed teachers with the skills to adequately teach climate change in a "crowded curriculum" that critics say already burdens students and teachers with too many subjects. 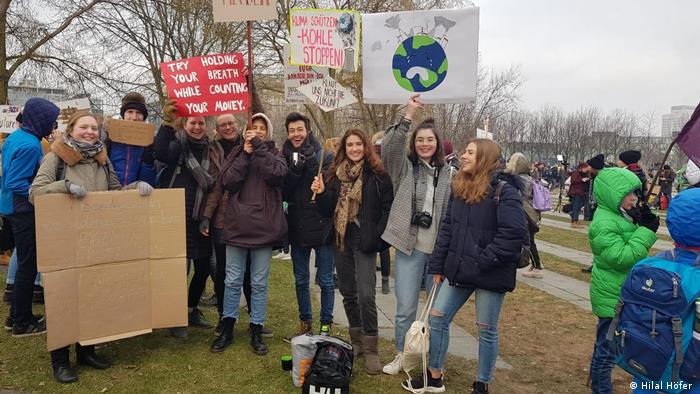 But Lysgaard and a number of educational researchers say climate change cuts across different subjects. A move away from dealing with it as a science subject and toward a humanities approach would help students to understand the complex nature of the problem and how it impacts society.

MacKay and UN CC Learn are working on a pilot project in the UK with private educational resources company Harwood Education to introduce climate change teaching into subjects from literature and math in 80 schools this year.

"Teachers in the UK are very stressed, so this gives them pre-created lessons," says Melanie Harwood, co-founder of Harwood Education. The lessons are delivered to children via tablet computers. If the pilot is successful, Harwood hopes the scheme will be introduced to other schools.

Some German schools have also taken the initiative by pushing an all-encompassing environmental ethos. At the Hagenbeck high school in the north-east of the German capital, students learn about biodiversity and sustainable living, as well as how to garden. Tasks such as measuring garden beds are a part of math lessons.

While they're waiting for the curriculum across the rest of the city to catch up, Runk, Brockmann and Bederov urge their peers to take action and call on their teachers and schools to find ways to include climate change in lesson plans.

The trio gave talks at the United Nations climate conference in December 2018 to spread to their message, are campaigning on social media, and have been taking part in world-wide school climate strikes, ditching lessons to call on leaders to do more to fight climate change.

"As students, we have such a big impact on our community," Bederov says. "It is very important if you know the information to pass it on, because we're all in this together."

Global temperatures could rise by 3 degrees Celsius or more by 2100. A study released at the COP24 climate conference blamed rampant use of coal and oil for the increase beyond the limits set by the Paris agreement. (06.12.2018)

Climate scientists doing their bit for the environment

You might think climate scientists are doing enough for the planet through their work. But some are trying to live more sustainably by offsetting their CO2 in various ways. Their credibility is at stake, they say. (09.03.2018)