Imagine America′s next generation are climate deniers | Environment | All topics from climate change to conservation | DW | 21.04.2017

A fight is being waged to ensure the science behind global warming is taught in US schools as some states move to wipe it from the curriculum. Is the United States raising a new generation of climate-change deniers? Brandie Freeman is a high school science teacher in the southern US state of Georgia. She recently opened her mailbox one morning to find something unpleasant lurking inside: A book, ostensibly a teaching guide, with the title "Why Scientists Disagree About Global Warming."

It wasn't entirely a surprise. Freeman had a heard about the publication - produced by the Heartland Institute, a climate-change denial group with links to the fossil fuel industry - from fellow teachers. The group has reportedly sent out 25,000 copies to teachers around the country in March, and plans to send out 200,000 in total.

Freeman says most of her colleagues in "more liberal" states chucked their copies "straight in the recycling bin." But in Georgia, which she describes as "very conservative," Freeman felt the book posed a real danger.

"As soon as you just even open the door to your students that there is doubt among scientists - which there isn't - then that allows them to have the seed planted that they can go to these climate-skeptic websites."

So she picked through the book's inaccuracies and produced a chapter-by-chapter teachers' guide to debunking its claims - which she posted on her blog, the Sustainable Schoolteacher. "I felt like I needed to break it down and show how it was purposefully misleading," she told DW.

"The teacher across the hall from me doesn't think that climate change is caused by man," Freeman added. "I have three people in my department who feel the same way." 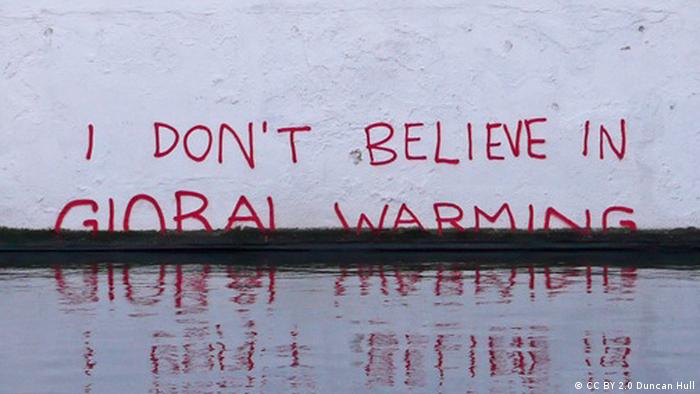 Some teachers are concerned that students won't understand basic ideas around climate change, including its impacts

At least 97 percent of scientists accept manmade climate change as fact, according to the American Association for the Advancement of Science (AAAS). Far from being an abstract theory, the impacts of the global warming make daily headlines.

But there is widespread concern among environmentalists that the US educational system isn't equipping students to understand the very real risks facing our planet.

And its not just private initiatives like that of the Heartland Institute trying to undermine climate literacy in schools: In February, the Idaho state government voted to remove the five sections of the state's science education standards that deal with climate change.

Glenn Branch, deputy director of the National Center for Science Education (NCSE) calls this a "blatant distortion of standards" aimed at "ideologically motivated rejection of science."

Idaho teachers have not been banned from teaching climate change science. But Branch says if a subject is not on the curriculum, it's unlikely to appear in textbooks or exams - which teachers have incentives to follow rigorously.

And even among teachers who have vowed to continue educating students about the links between fossil fuel emissions and global warming and its impacts, there is pressure to treat the subject delicately.

One local school science department head told the "Idaho Statesman" newspaper that although the school teaches students about changes in the atmosphere and the effects on the polar ice caps, "we don't deal with 'climate change,'" which is seen as a "politically charged" term.

Critics worry that treating the subject as politically controversial erroneously suggests that the science itself is controversial. Many US politicians continue to dispute a connection between fossil fuels, greenhouse gas emissions and climate change

From creationism to climate denial

Idaho isn't the only state where lawmakers are threatening young people's climate literacy. Lawmakers in Texas, Florida, Indiana and Oklahoma are considering bills that would allow, or even encourage, teachers to present climate change as just one - albeit controversial - interpretation of the facts.

"Those kinds of bills try to play on the positive connotations of academic freedom and critical thinking," Branch says. "In fact, they are anti-democratic bills that allow teachers with funny ideas to teach anything they want - creationism, climate-change denial, geo-centrism, you name it - on the taxpayers' dollar."

The NCSE has been working on the issue of climate change since 2011. It was originally set up to fight creationism being taught in schools.

Branch says there are strong parallels between the two issues. But the big difference is that teachers know how to teach evolution. It's a fundamental part of the biology syllabus. When it comes to climate change, half the battle is getting the subject onto curricula in the first place.

Many high school students are still being taught a traditional program of biology, chemistry and physics. "But that neglects earth sciences, ocean sciences, atmospheric sciences, environmental sciences - all of which are more natural homes for an intensive discussion of climate science," Branch says. 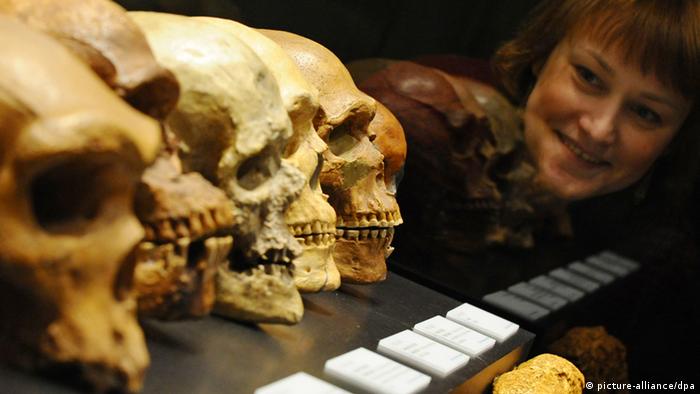 Some still oppose teaching the theory of evolution to US schoolchildren

Last year, an NCSE survey found that only 39 percent of US school science teachers were aware of the extent of the scientific consensus over climate change.

"There are efforts to change this," Branch says. "But it's slow going because the US educational system is very big and very fragmented."

In 2013, a new set of national standards were drawn up, which include climate change on the syllabus. But so far, less than half of US federal states have adopted them.

Georgia isn't one of them. Freeman teaches environmental science as a college-level elective. Unless students opt for her class, they aren't taught about climate change. But that's about to change.

Freeman is a member of Georgia Science Teachers Association's board of directors, which helped write a new curriculum for her state's high schools that weaves climate change into biology classes for all students. 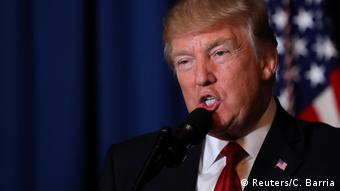 Although climate change is a highly politicized topic, it played a relatively small role in the election that brought Donald Trump to the US presidency

The new syllabus will be taught from next year, having being passed by Georgia lawmakers - no small victory in a state where climate-skeptic Donald Trump won the presidential election with ease.

Despite Trump's attacks on state science institutions like the Environmental Protection Agency, Branch points out there's no evidence to link his presidency to a spate of bills this year that appear aimed at undermining climate education in schools.

But, he says, with a climate-change denier in the White House - and others scattered through Trump's administration - "local climate change deniers may feel inspired and invigorated."

Including, he adds, the Heartland Institute, which "may have felt the moment was right."

Perhaps what incenses Freeman most about the "propaganda" hitting teachers' doormats across the country is that the Heartland Institute has received funding from the oil industry, which receives government subsidies. She feels as if she has indirectly paid for it with her own taxes.

"Instead of our government giving money to the petroleum companies that are profiting in the billions," Freeman says, "they need to take this money and invest it our children and their education so we don't have problems with out-of-date curricula."

"As a country, we have our priorities backwards."

German volunteers are luring kids away from their smartphones to explore woodland worlds. They aim to nurture an affinity for forests early, instilling environmental awareness in the next generation. (17.02.2017)