In defiance of Trump gag order, environment agency workers will continue to speak out | Environment| All topics from climate change to conservation | DW | 10.02.2017

In defiance of Trump gag order, environment agency workers will continue to speak out

Among Trump's first acts as president was to try to muzzle federal environmental agencies by forbidding them to speak to the press. But the lifelong public servants are refusing to take it lying down. 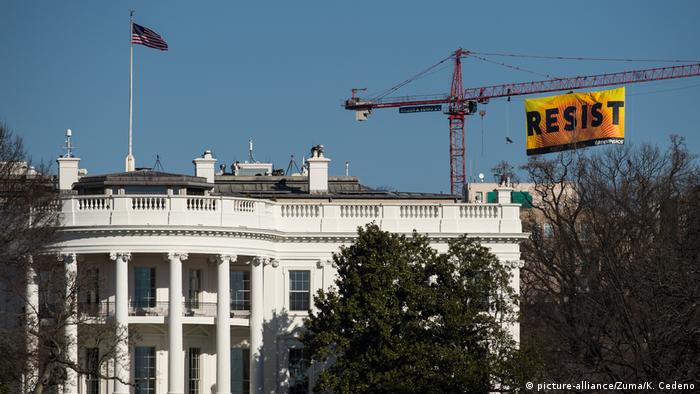 Among Trump's first acts when he stepped into the Oval Office as president was to issue an order effectively gagging any communication of government employees at the Environmental Protection Agency (EPA) and the Department of Agriculture with the press. The administration froze grants and contract budgets, and forbade employees from posting on official social media pages.

The response from inside was swift and decisive: Government scientists, many of whom had spent their lives collecting data on climate change and the United States' contribution to it, effectively broke through the digital barriers Trump attempted to erect. It seemed like a mere matter of seconds before the first "alternative" Twitter account for an official government agency popped up.

To date, many of the scientific agencies that receive federal government funding have launched new social media pages, in defiance of the administration's efforts: at last count there were more than 80 alt-accounts on Twitter.

Although the gag orders have since been partially been rolled back, the alt-accounts persist.

'No concept of governance'

Jamie Rappaport Clark, who began her career as a federal civil servant under President Ronald Reagan in the 1980s, later became the director of the US Fish and Wildlife Service under former President Bill Clinton.

"The decisions he's making, and the executive orders flying left and right, to me have no basis or grounding in reality of how government works," Clark said. These days, Clark is president and CEO of the national environmental organization Defenders of Wildlife.

She and many others with ties to federal environmental agencies are in absolute disbelief at how Trump has handled things so far - words like "reckless," "absurd," and "juvenile" peppered Clark's interview with DW.

"I'm standing at my desk right now with my head in my hands," Clark told DW. 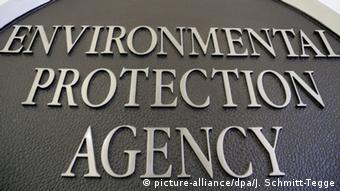 Eric Schaeffer, the former director of the EPA's Office of Civil Enforcement for 12 years under President Clinton and both presidents Bush, shared Clark's perspective on how the new administration was handling environmental data.

Schaeffer is now the director of the Environmental Integrity Project. After getting out his dismay, he told DW that the building opposition was encouraging. "Sometimes these crises give you a chance to reclaim the high ground."

Although the gag order has been rescinded, Trump's nominee to head the EPA - Scott Pruitt - is due for a confirmation vote in the US Senate any day.

Pruitt has spent his career fighting EPA regulations and attempting to overturn them. Current EPA employees have complained to the press that Pruitt is outright anti-science.

Given Pruitt's hostility to the institution, and his stance of climate denial - combined with an apparent effort from the incoming Trump administration to single out and identify climate scientists - some even fear a witch hunt could be on the horizon.

Even if Pruitt is confirmed, Schaeffer and Clark said they have no doubt that people still within the EPA under Trump would do their utmost to make sure the voice of their science is heard - no matter what. 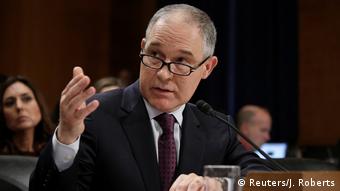 "This is disregard for the role of government agencies," Clark said. "It's going to backfire, big time. [These employees] are charged with acting on behalf of the American public."

Tightening the noose with future gag orders will only result in leaks, Schaeffer believes. "When people get really frustrated, or feel like they're being abused, or if they think they're being asked to do something illegal," he explained.

"I don't see my colleagues following Trump over the cliff," Clark said. "I expect there will be a lot of talking on background. The fear of retribution is real - but these folks will get mad and upset enough that they will talk."

Clark also said she was cheering on her former colleagues from afar as they set up alternative websites and alt social media accounts. "They're already rebelling," she said.

"These cabinet officials are not going to be able to lead," she added. "They won't get away with suggesting their opinions are based in science or fact."

Schaeffer addressed Trump directly in describing federal environmental agencies like the EPA: "This is a big, complicated animal with experts and people who have given their lives to certain issues, making less than what they could in the private sector - and if you insult them, what do you think will happen?"

"This is the federal civil service," Schaeffer concluded.

Just a week into his presidency, Donald Trump is already undermining inclusive decision-making on environmental issues. Experts in the USA and abroad are concerned. (01.02.2017)

March for Science to unite researchers against Trump

Earth Day 2017 will see another large-scale protest against US President Trump. After the huge success of the Women's March, it is now the scientists' turn to voice anger and dissatisfaction with new policies. (01.02.2017)