How hard is a low-carbon lifestyle? A Berlin family tells all | Environment | All topics from climate change to conservation | DW | 20.12.2018

For the past year, Karin Beese and her family have been on a low-carbon diet in an effort to reduce their greenhouse gas emissions and head off the worst effects of climate change. And it's changed their lives. 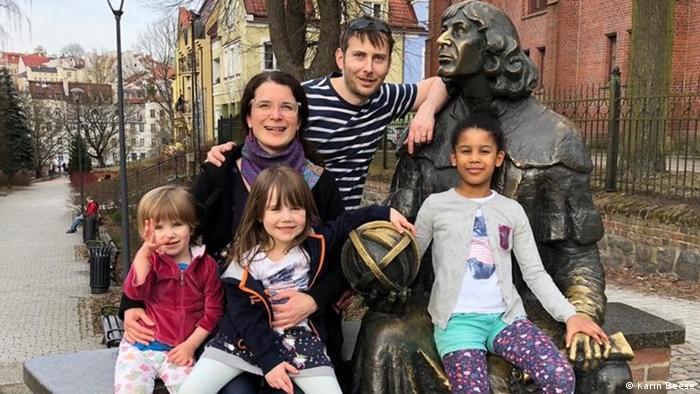 When mother of three Karin Beese used to think about climate change,  it was more in the context of far away places than in the German capital, where she lives.

Nonetheless, she also sometimes wondered about her family's personal contribution to climate change, so when she heard about a project inviting 100 Berlin households to try and get their annual carbon dioxide emissions to 40 percent below the German average, she saw it as the perfect opportunity to bring the issue closer to home.

A baseline measurement showed Beese's family was producing around 6.5 tons of carbon dioxide per person, per year. Although far below the 2017  German CO2 average  of 11 tons per capita, the family decided to set themselves an annual target of just four tons each.

To keep track of their progress, they kept an online log of things like food, electricity, heating and transportation, which Beese, says highlights just how every little decision can influence the final tally.

"Whenever we do something, buy something or go somewhere, we ask ourselves: Is this really necessary? Do a need to fly somewhere? Wouldn't it be also nice to just spend some time with our neighbors, and forgo the trip?"

Although they still use their car for certain trips, they do cycle, and because they're vegetarians, they also scored alright on the food front. Although they'd have scored even higher, Beese says, if they were vegan. 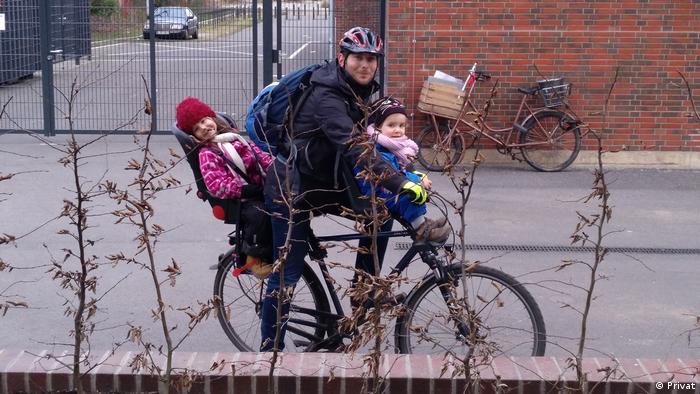 Every morning, Henri Beese takes his younger daughters to the kindergarden by bicycle. He saves emissions that would be produced by a car ride.

To consume or not consume

But neither how they got around, nor the food they ate were the biggest sources of carbon emissions for the Beese family. That has turned out to be consumption.

"The kids grow and need some new clothes, or they want to go to music school or take a dance class. All the money that goes toward this counts as consumption," she said. 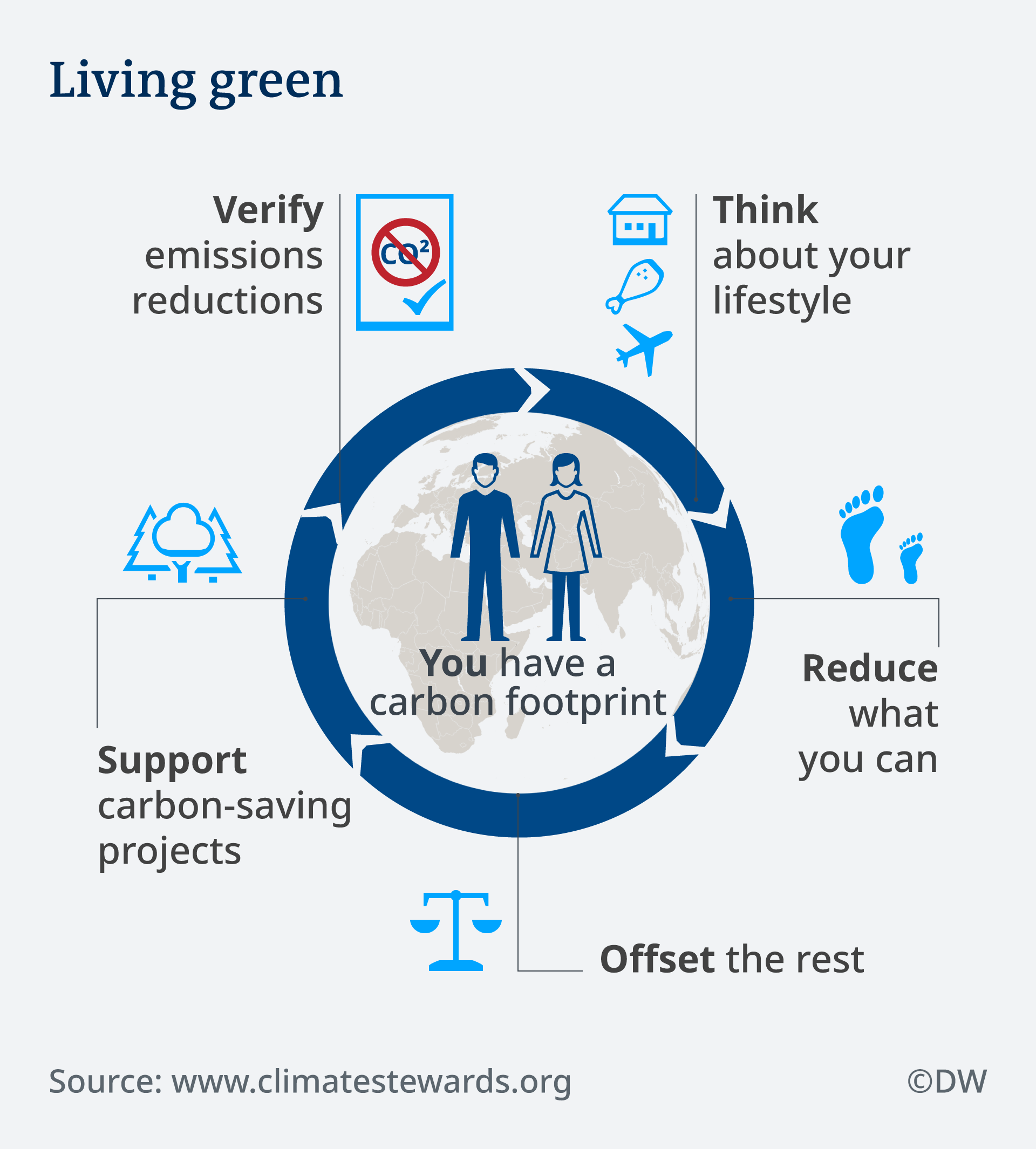 "That's where you start asking the big question — what can you offer your kids in their life and what are you willing to reduce?"

On that issue, the adults and children sometimes had to agree to disagree. When the kids, who are aged nine, five and three, would ask their parents to buy things for them, Beese and her husband tried to explain why it wasn't a good idea. On the whole, they've used the family experiment as an opportunity to raise their kids' awareness of global warming.

"We talk to them about it regularly, but at the same time we don't want to frighten them — if you think about all the consequences of climate change, that can bring up plenty of fears. So we tried to talk to them in a way that is easy for children to understand."

That involved starting with little things such as getting the children involved in growing their own vegetables in the small plot next to their apartment. 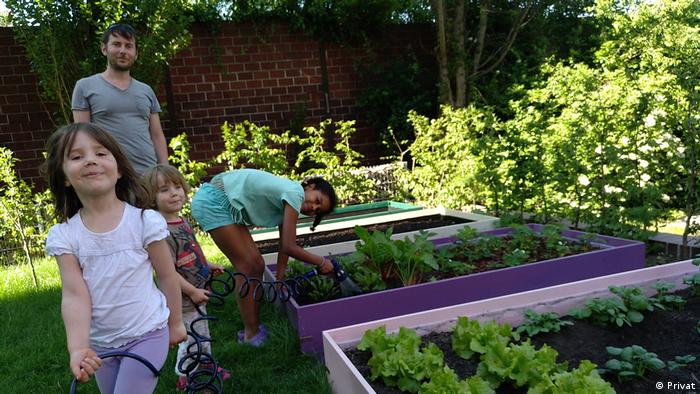 Henri Beese and his daughters enjoy first vegetables they have grown on their garden.

But it hasn't all been a bed of roses. Or even cauliflowers. Beese has also been frustrated at seeing the emissions tally rise over necessary costs, which she says should be tackled higher up.

"Why can't  politicians or the state  take over this responsibility and force companies, for example, to at least inform consumers about the amount of emissions being released by producing certain products?"

She's also realized the extent and depth of some of her fellow citizens' ignorance and lethargy.

"Some people don't know a lot about climate change, but then there are people who know but who don't care." 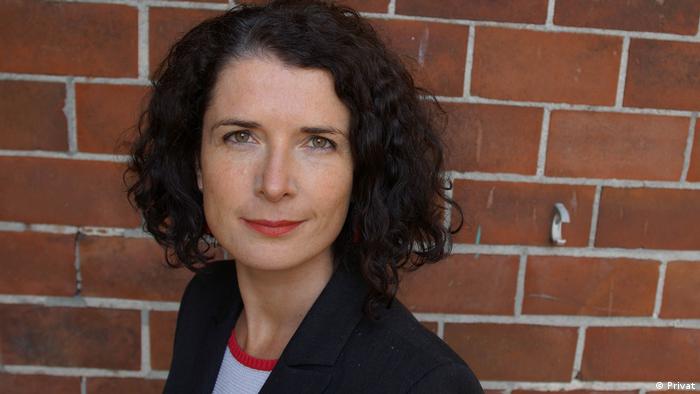 Over the course of the year, these factors combined have made Beese consider quitting the project on several occasions.

"When you hear other people saying it doesn't make sense, that you won't change anything, you come close to giving up," she said.

Ultimately though, the family has seen it through. And although they haven't been able to fulfill their original goal of reducing their emissions to four tons of CO2 per person, they have managed to decrease their carbon footprint from 6.5 tons to five.

Beese now wants to continue sharing her experiences with people around the world, and help become a starting point for a shift in attitudes and behaviour.

"It's not just a project, and it's not a game," she says. "Our kids will definitely feel the effects of climate change."