Meet Denmark′s school where education is all about sustainability | Global Ideas | DW | 19.02.2020 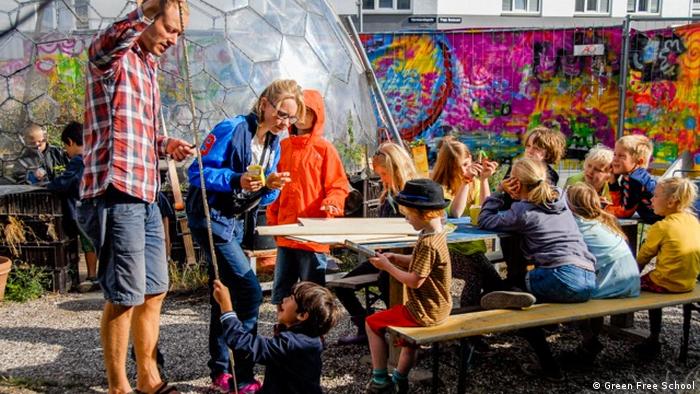 A dozen children are sitting in a circle when the bell rings. Instead of rushing to their next class, the children close their eyes.

"Raise your hand when you can no longer hear a sound," says their teacher, holding a pair of bronze cymbals — the kind you might find in a Buddhist temple. One by one, their hands go up.

At the Green Free School (Den Gronne Friskole), in Copenhagen, educating children for a world affected by climate change begins with putting them in the right frame of mind — literally. Classes here include urban farming and often start with mindfulness training.

"We thought about what kids need to learn to take part in the green transition we're going to go through," says Phie Ambo, a Danish filmmaker who founded the school in 2014 with American translator Karen MacLean. "They need to learn to be courageous and take risks. And they need to learn some basic things about the planet and how we as human beings exist together. I couldn't really see that happening in the Danish school system." 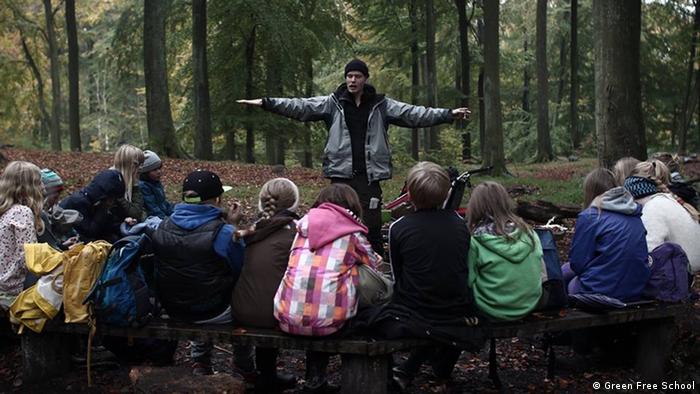 Unlike the country's regular state-funded schools, the Green Free School — which has 200 pupils aged six to 15 — puts sustainable living at the heart of its syllabus.

At first glance, there's nothing unusual about the Green Free School. It occupies four inconspicuous buildings in a post-industrial neighborhood southeast of Copenhagen's center. Only a woodshed flanking a paint-daubed playground hints at a different kind of institution.

Its main building — made entirely of sustainable materials — houses a workshop where pupils learn to sew and use materials such as wood, clay, wax, felt, metal, and plastic. They also learn to compost, repair bicycles, and collect rainwater.

In shaping the syllabus, founder Ambo drew inspiration from "systems thinking" — a way of looking at the world in terms of its underlying patterns and interrelated systems. Pupils are encouraged to think about these systems through time spent outdoors exploring the world and gaining hands-on experience growing vegetables, while learning about edible plants and climatic conditions.

One 12-year-old pupil said she was "a little nervous about the future" because of the climate crisis, but felt she learned a lot at the school.

According to deputy principal Suzanne Crawfurd, the school's teaching method combines "project-based learning and design thinking." In other words, you won't see teachers at blackboards or children in front of screens. Instead they do hands-on projects that are supervised by several teachers and span different subjects. For example, the children might learn how to forage edible mushrooms, then practice drawing them, before heading into the kitchen to make mushroom soup. 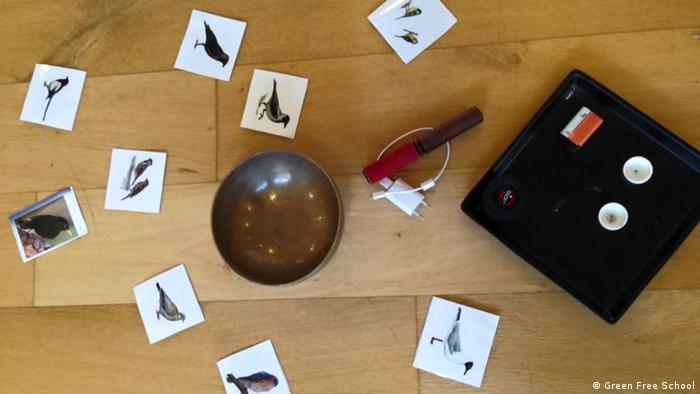 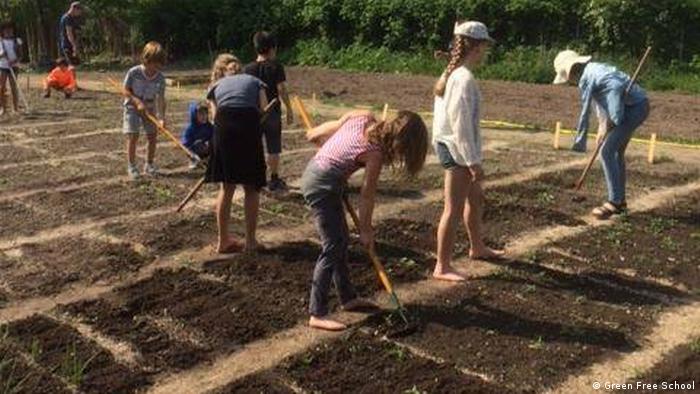 Despite its alternative approach, setting up the school was easy, Ambo says. While most schools in Denmark are publicly run, anyone can set up a private "free school," with the state covering about three-quarters of its costs and the rest being made up by fees.

Tuition at the Green Free School costs 2,600 DKK a month (about €350, $380) — and it sets aside at least 5% of its budget to provide bursaries to children whose parents can't afford the fees. That means its pupils come from "a wide range of socioeconomic backgrounds" in Copenhagen, says Ambo.

By law, a "free school" must follow the national curriculum. In addition to learning to read and write, they study history, maths, and science. But otherwise it's permitted to devise its own syllabus, allowing the Green Free School to teach subjects like urban farming and greenwashing. "They [the pupils] need to learn to grow their own food and they need to be able to see through companies that claim they are sustainable — because we don't have time for that," Ambo says.

The Danish Green Free School isn't the only educational institution in Europe with an "eco-friendly syllabus." Berlin's Hagenbeck high school, for instance, teaches students about the importance of species and ecosystems, successfully incorporating biodiversity throughout its hands-on curriculum.

Read more:  Going to school with goats in Berlin

Ambo says she hopes the Danish school will inspire young teachers to apply its approach in other schools in a country where climate change is becoming a growing political focus. Last December, the Danish parliament passed a climate law committing the country to reduce carbon emissions to 70% below 1990 levels by 2030.

The school tries to encourage children to think critically about sustainability

Green transition and its challenges

Still, the school's founders have faced hurdles. The site that Ambo and MacLean chose for it was polluted with chemicals used to clean ships — a drawback they turned to their advantage. "It used to be one of the most toxic places in Copenhagen, but we decided to make it part of the curriculum," says Ambo. The school's inaugural intake of 43 pupils duly learned "what kind of trees and plants can remove chemicals from the earth and how to live in and transform places that are tainted by the old industrial way of thinking."

While the school provides more structure in its teaching today, Ambo admits it isn't ideal for children with severe learning difficulties. Moreover, its students don't sit exams. "It's definitely not for everyone," Ambo concedes. "Some parents think it sounds good and then they realize there won't be any tests or exams and withdraw their kids." At 15 pupils move on to further education at other schools, where they usually gain formal qualifications.

Freed from learning geared toward telling examiners what they want to hear, the school aims to equip students to draw their conclusions about the world. But it does have a clear aim of where those conclusions should lead. "We're saying to the students, 'Be critical, think for yourself, and do what you want — but we want you to make the green transition,'" says  Dorthe Junge, principal of the Green Free School. "That's a challenge."

Bringing green solutions for light and cooking to Ugandan schools

Many Ugandans have no access to electricity and rely on wood for cooking, which has led to rapid deforestation. Two enterprising schools have found sustainable solutions that they hope will inspire others. (13.03.2018)