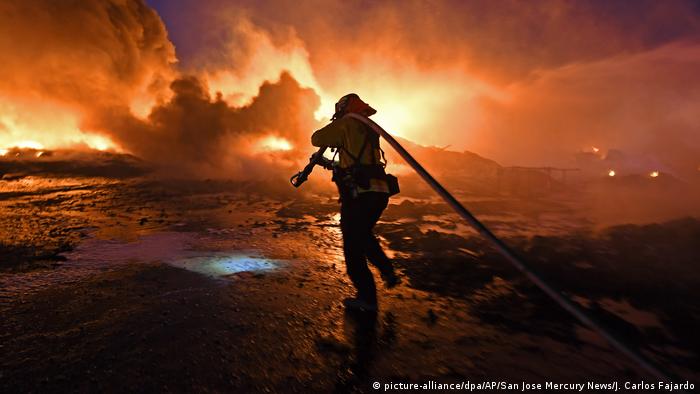 Most people have the option to switch off from the terrifying media stories of how climate change is affecting the planet. This isn't so easy for environmental scientists and academics who spend their days researching the consequences of climate change.

In a letter published in Science magazine in October this year, biologists Andy Radford, Stephen Simpson and Tim Gordon, said the loss of nature for people with a strong emotional attachment to it "triggered strong grief responses."

They argued institutes needed to adapt strategies from "healthcare, disaster relief, law enforcement and military" for environmental scientists so they can manage their "emotional stress."

After the letter a number of colleagues reached out to Radford, a professor at the University of Bristol, to express their comfort at the views being made public.

Caught between frustration at the disconnect between climate science and policy, and a hope inspired by burgeoning global climate protests in the last year, DW spoke to three people shunning academia in favor of activism.

Dr Wolfgang Knorr:  'We know a lot less than we pretend to' 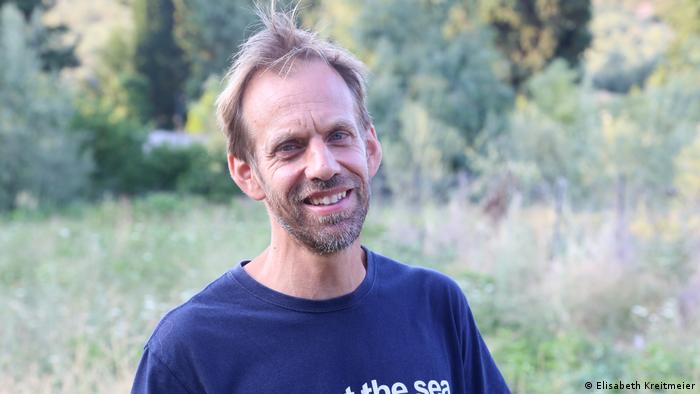 Knorr handed in his resignation in September 2019 after 27 years in environmental science. He believes his skills could be better applied as an activist, though he's not yet sure what form this will take.

"My attraction to science has always been emotional. But in science, it's all about keeping the emotions down, because they're not wanted, basically. On the emotional level, I have this strong sense that there is a tremendous risk out there and we know a lot less than we pretend to.

In 2005, I joined the UK's Natural Environment Research Council. On a daily basis, I would sit in meetings, debating new renewable energy schemes or whatever. On the train back, you read newspaper stories about climate change, but the next page will be economic news about expansion and GDP growth. At that time it became clear to me that there's a dichotomy between the work and what's going on in the rest of the world.

Read more:  How to get from Europe to Australia without flying

That gut feeling at that time continued until very recently — until the youth protests. There was a real step-change in public perception due to these protests. I would say, as a climate scientist, we're following the lead of these protesters in a way, because it made me realize that I had a potential for being an advocate. I got a new perspective about what I could do with these skills.

I am hoping to find new uses for the skills that I used as a scientist, and make better use of them."

Jess Spear: 'I was really demoralized' 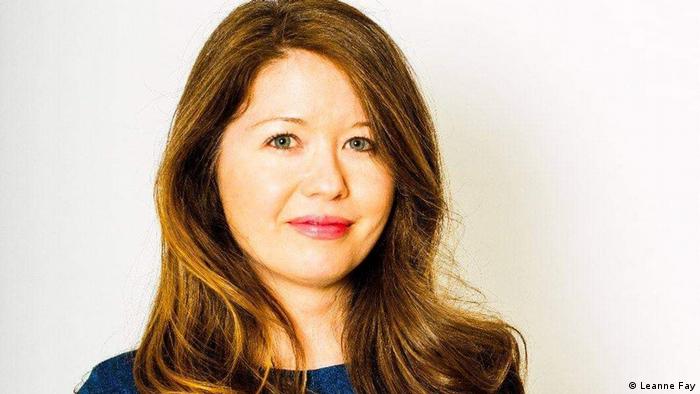 Spear left climate science in 2013 to work on a campaign in the US city of Seattle that elected its first socialist city councillor in a century. She moved to Dublin, Ireland, in 2017 and works for a new Irish left-wing group called Radical Internationalist Socialist Environmentalist (RISE).

"I worked at the US Geological Survey. It is much easier to be a scientist working as a civil servant than it is in academia. It wasn't that stressful and was rewarding, but it wasn't actually producing what I wanted in the world.

At the beginning of 2011 I was really demoralized about the state of the movement for climate action. There didn't appear to be very many people concerned about it.

Read more:  Amitav Ghosh: What the West doesn't get about the climate crisis

To see constant emission rises and failure of governments was like watching a train about to go off a cliff in slow motion. You know what's going to happen. You feel powerless to do anything about it when you're just one person.

In 2013 when I started to work in activism, I can remember standing in my kitchen, watching videos of Occupy Wall Street. It was like a light turning on. That was a life-changing moment for me because it opened up the possibilities for shifting away from finding solutions, to focusing on community activism."

Mathieu Munsch: 'What I'm doing now is much more meaningful' 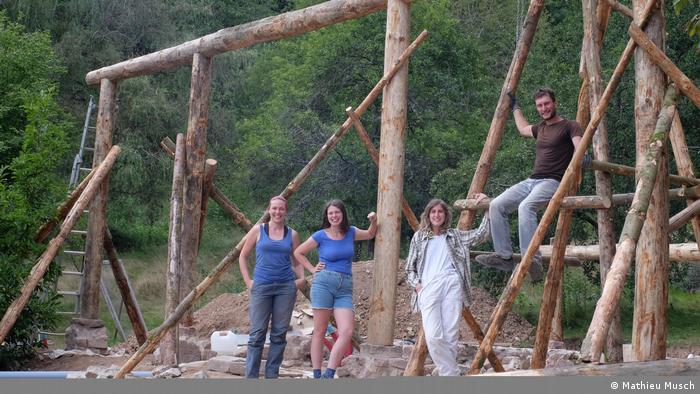 Mathieu Munsch (on the right) building an eco house with friends

Munsch quit his PhD in climate change at Strathclyde University in Scotland after two and a half years in September 2018. He's now constructing an eco-friendly house in rural France and has become involved in local politics.

One major impetus was what he saw as a conflict with his values as an academic concerned about the environment if he continued on a certain career path.

"Strathclyde has a big engineering department that does research on fracking. It receives funding from the oil industry. Professors within my departments, theirpension funds were invested in fossil fuels.

In the first year, I still had some faith that I was doing the right thing. But it became more and more obvious to me that I was never going to be able to have a successful career, access to a pension and all of that if for me to benefit from that, the current economic system would need to continue functioning, and therefore we would go into catastrophic climate change. It became a wake-up call that I needed to get out of that system.

I experienced some burnout, specifically when I was spending eight hours of my day on the computer reading documents about climate change. It was pretty emotionally heavy, even though I don't think I was in the deep despair that I know some people experience.

Something that helped me cope was giving time to activist groups. But it's only leaving and finding a completely different way to do things that helped me overcome the stress and burnout.

Since I left, I've had people contacting me over Twitter as well, specifically for the decision, and one of them said, 'Oh, yeah, I did exactly the same thing two years ago. I feel like what I'm doing now is much more meaningful."

These interviews have been edited and condensed for clarity and length

Prolonged droughts and crop failures are causing some Indian villages to empty. For the women and elderly left behind, it's a struggle. As temperatures continue to rise, there's little hope their loved ones will return. (06.08.2019)

In northern India, falling snow levels and glacial retreat is impacting livelihoods and access to water. DW visited some of these local villages to explore what that means for the lives of people in the region. (15.11.2019)

Since Russian forces occupied a Ukraine nuclear power plant in March, the situation has deteriorated and the site has reportedly been shelled, raising concerns of a catastrophe.

Meet the pilot who quit flying because of the climate crisis