Giulia and Lorenz never had much trouble with their low-carbon lifestyle, until Giulia's best friend invited her to be maid of honor — in Australia. 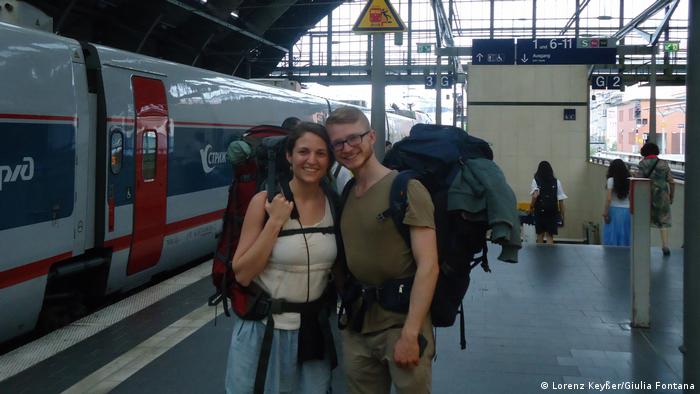 How long does it take to get to Australia from Switzerland? For Lorenz Keysser, 23, and Giulia Fontana, 27, it required six months of planning, 200 hours on trains and a fortnight on a cargo ship. From visiting Moscow's Red Square and hiking China's Laoshan mountain, to chugging across the Central Asian steppes, the journey felt like a privilege as well as, at times, a test of their principles.

The couple don't drive or eat meat. And three years ago they decided they couldn't justify the emissions involved in flying. Lorenz was particularly surprised to discover that 60% of greenhouse gas emissions at ETH Zurich, the university where they both studied environmental science, came from business trips by air.

Giulia visited her family in Italy, and Lorenz his in Germany, by train. When Lorenz took a semester at Leeds University in the UK, he moved by train and Giulia visited him there the same way. Their vacations were to places accessible without taking to the air. "We were only traveling in Europe, doing hikes, and so it was not a problem at all," Giulia says.

But when Giulia's best friend, who lives in Sydney, asked her to be maid of honor at her wedding, she was caught in a dilemma. 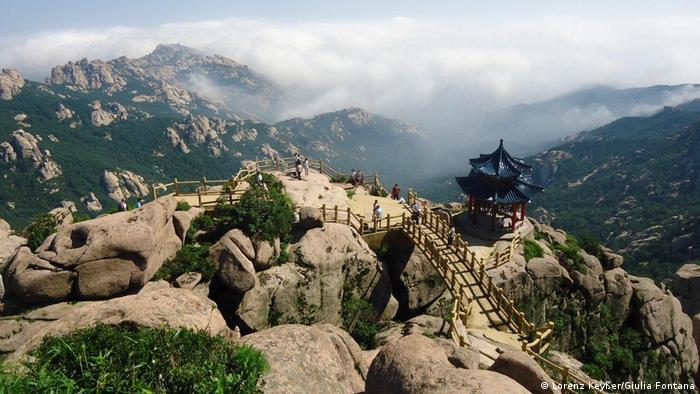 On top of the world: One of the highlights of their trip was hiking China's Laoshan mountain

The couple pondered the journey and decided the time it would take meant if they went, they would stay Down Under a full year. For Giulia, that meant finding a new job in Australia, while Lorenz would work remotely on his studies.

As they researched train routes and discovered it was possible to travel by cargo ship, it became clear that Giulia really could be there for her friend's special day. Lorenz says the scale of their undertaking crept up on him: "It was a slow realization that now everything we had planned over the last months will become reality."

They set off last June, with Giulia traveling from Zurich to meet Lorenz in Berlin. They left Germany by train and traveled through Europe — from the German capital to Moscow via Poland and Belarus — then through Russia, Mongolia and China to Beijing before heading to Qingdao to catch a cargo ship to Brisbane, where they arrived six weeks later. 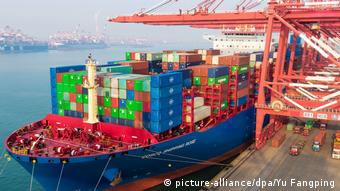 A cargo ship docks at Qingdao, where the couple began their sea crossing to Brisbane

"Probably the most remarkable moments for us were on the cargo ship," Lorenz recalls. "We got to know the crew, and the engineer showed us around in the machine room. With him and one officer we learned how to 'shoot' stars with a sextant. We celebrated birthdays with the crew, helped in the kitchen — and sang a lot of karaoke."

Giulia taught the ship's chef to make tiramisu, and Lorenz made potato salad for an onboard party from his grandmother's recipe. Members of the crew later visited them in Sydney.

Another highlight was breaking their journey across Russia in Irkutsk, Siberia where they hiked along the shores of Lake Baikal. "The forest was just so thick and luxuriant, and full of insects and butterflies," Lorenz says.

Like any adventure to far-flung locations, the trip also meant exchanges with people with very different life experiences, such as when a group of 20-odd army recruits piled into their train carriage.

"They were very keen to get our opinions on many tricky political issues connected to Russia," Lorenz says. The soldiers even gave the couple a gift of coffee, chocolate and, despite protestations, tinned meat.

It wasn't the only time their vegetarianism mystified locals. Struggling to understand the concept, the cook at one restaurant in China ended up taking them to the kitchen and pointing out each ingredient in the fridge in turn to check if they could eat it. 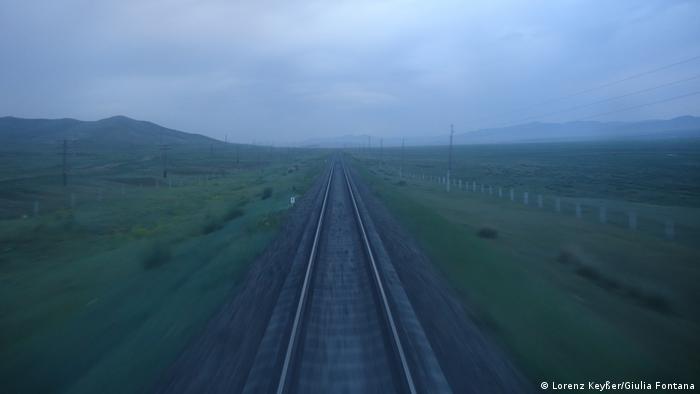 All in all, the trip cost the couple around €4,000 ($4,560) per person, most of which went to boat tickets and visas. Lorenz has calculated that the outward leg produced just over 370 kilos (816 pounds) of CO2 each. According to Lorenz's estimates using the website Atmosfair, a single economy flight from Zurich to Sydney produces 5.2 metric tons.

But keeping their carbon budget in check took discipline.

"When we arrived in Brisbane, the cargo ship arrived directly beside the local airport," Lorenz says. "We saw airplanes landing every few minutes — it was a bit like a fist in the face, saying, 'you could have done all this in less than 24 hours.'"

Now, the couple are preparing to do it all over again. Their homeward journey will begin soon with a cargo ship from Brisbane to Japan, before they take a different route back through China and Russia.

Lorenz and Giulia are among 360 people who have committed to stop or limit their flying over the last two years with the No Fly Climate Sci movement. And many more people are making the same decision independently.

Read more: 'Climate scientists should cut back on air travel'

Since Greta Thunberg made the 32-hour train journey to Davos last year, Sweden's national rail company has upped its service to three trains a day on the Stockholm–Copenhagen–Hamburg line, and German rail company Deutsche Bahn has announced it expects train passengers on its intercity and international lines to top 150 million for the first time this year. 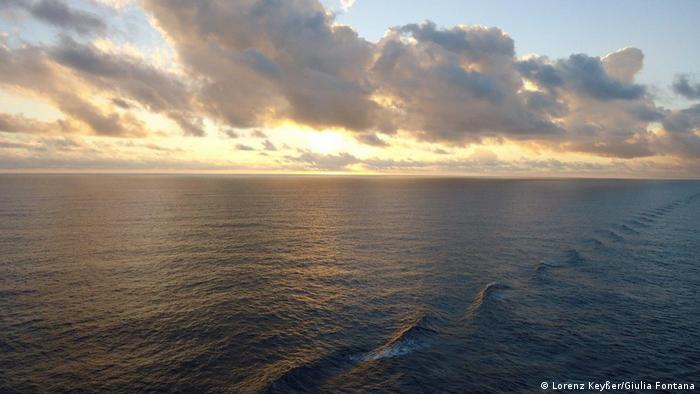 The freighter from China to Australia offered a very different pace of travel, the claustrophobic confines of an airplane cabin exchanged for wide-open views to the horizon

The privilege of tough choices

Still, Giulia and Lorenz are well aware that this shift isn't happening fast enough, and are keen to communicate that the urgency of the climate crisis demands much more profound rethinking of how we run our economies.

"Although individual action is important, it's not going to be enough. We really need systemic change," Lorenz says.

They also stress that being able to travel the way they do is a huge privilege.

Just as only a tiny minority of people have the luxury of choosing to pollute our planet with airplane emissions — less than 20% of the global population have ever been on a plane — Giulia and Lorenz's trip made them realize how lucky they are, due to accidents of race, citizenship, ability, sexual orientation and class, to be able to travel freely and safely across the globe, through one national border after another.

Journeys like theirs may not be the "new normal," but the couple say the conversations they had with fellow travelers along the way suggest those who are able to explore the world are becoming increasingly aware of the impact they have on it.

"We are in a minority, obviously, but there are a lot of people thinking about our way of traveling," Giulia says.