Swedes switch to trains due to global warming | Europe | News and current affairs from around the continent | DW | 03.06.2019

Swedes seem to be following climate activist Greta Thunberg's example in shunning air travel. The percentage that opted to take a train rather than fly has doubled in a year and a half. Flight shame may be at work. 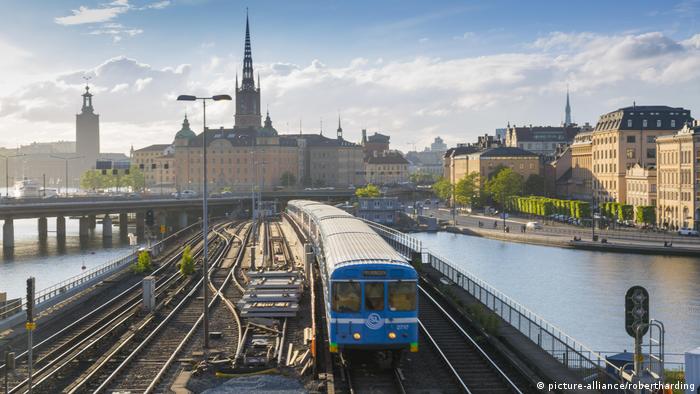 One flight between Sweden's two biggest cities, Stockholm and Gothenburg, generates as much carbon dioxide, the gas that contributes the most to global warming, as 40,000 train journeys, according to SJ, the country's biggest train operator. Awareness of air travel's impact on the planet has made 16-year-old Greta Thunberg eschew planes as she travels the world to make the case for saving the planet from environmental disaster.

Many of her compatriots, worried about the planet's future, are also opting to forgo air travel. Almost twice as many Swedes chose to travel by train instead of plane in the past year and a half — from 20% to 37%, an SJ study by pollsters Sifo has found.

Sweden's airports have noticed a change, too. Fewer Swedes are traveling by plane, according to Swedavia, which operates the country's 10 busiest airports. Passenger numbers dropped by 8% domestically and 4% to destinations abroad from January to April 2019, compared to the first quarter of 2018. It's a continuing trend: 2018 saw a 3% decline in domestic passenger numbers. More than half of those surveyed by Sifo, 57%, said they think about the environment when they travel in Sweden. 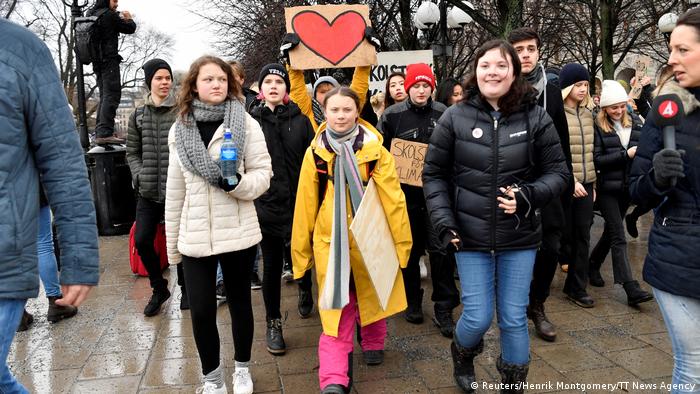 Some of them also think about shame, shame that they feel when they fly and thus contribute to global warming.

The concept of "flygskam" — feeling shame about flying — gained currency last year and was dubbed one of the most-used new words by Swedish language experts. It drew copious media attention along with the social media campaign #jastannarpamarken, translated into English as #stayontheground.

"There's something about flying that triggers a lot of emotions in people, whether you're a person who has decided to stay on the ground, or you're a person who is still flying or who is reluctant to change your travel behavior," said Frida Hylander, a Swedish psychologist who looks at how we behave in relation to climate change and the environment.

"I don't think the focus on the flight issue is as big in other countries. It's become very focused on flying in Sweden, perhaps because the Swedes are a population that flies lots, five times more than the general world's citizen," she said.

But that may be changing as Swedes become more aware of global warming. The country has recorded some of the hottest summers ever in recent years, while the worst wildfires in modern times burned more than 25,000 hectares (100 square miles) of land last year. And as a highly educated, wealthy country, Swedes can arguably afford to care and to change their behavior to avoid shame. 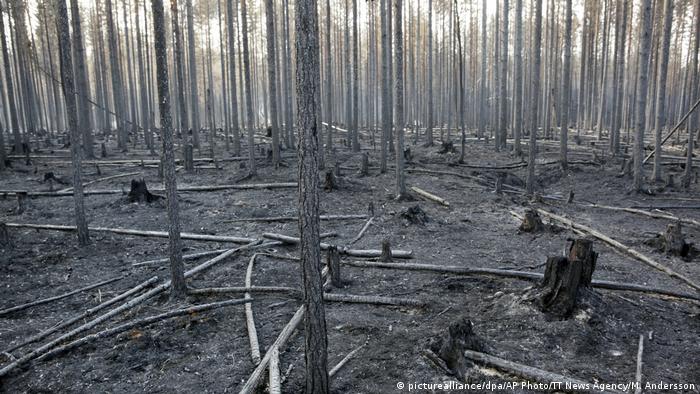 "Shame is called our most social emotion," said Hylander. "The function of shame is to make sure we don't do anything that will exclude us from the group. There are a lot of things we do in our everyday life out of fear of shame. When we're at a work meeting, we don't fart loudly, even if we have to because that's not socially acceptable or socially desirable.

"When it becomes more and more apparent that our flight behavior is unsustainable and we also become more aware of the acuteness of the climate crisis, I think that guilt and shame will be triggered," she added. "It doesn't have to be triggered by someone calling us out."

But Swedes seem to have managed to set aside their guilty feelings when it comes to traveling abroad. Last year, Sweden's busiest airports saw a 2% rise in passenger numbers.

Ving, one of Scandinavia's biggest tour operators, is currently checking to see the extent of Swedes' interest in taking trains to travel abroad, explained Fredrik Henriksson, the company's head of communications. This year Ving reintroduced a charter train trip to the Swiss Alps that it had offered in 2010, a time when, as now, climate change had become a huge concern in Sweden. Customers didn't bite, and the package was scrapped after a year.

The new package, which takes 26 hours from Stockholm to Davos, involves five changes before the travelers arrive for a week of hiking in the mountains. This time around the 30 spots did sell out, albeit after many weeks. That, Henriksson said, encouraged the company to launch a second train package to Switzerland and a third, originating in Copenhagen, which it is also marketing to its Swedish customers.

But those roughly 100 seats are nothing compared to Ving Sweden's main business, which serves around 700,000 passengers annually, most of those by airplane.