Anxiety and despair over the climate crisis is driving more and more people to psychotherapy. But if the planet is facing disaster, what's the point of talking about your feelings? 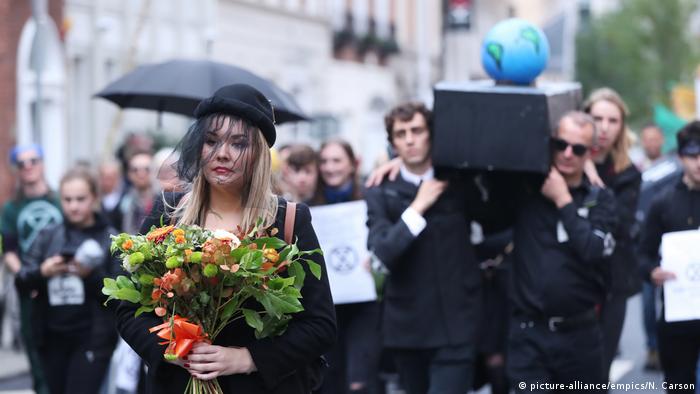 The question would be difficult enough coming from a best friend over a fifth drink, but coming from a stranger, in a conference room full of strangers, it's definitely unnerving.

And it just gets worse, because then, for 10 whole minutes, your partner looks at you and repeats it again and again, and you have to think of a new answer every time. The trick is this: After a while, the relentlessness batters through how foolish you feel, and you have no choice but to reach for your deepest feelings of loss. That's the idea anyway.

This was one of the things that happened when I joined the grief workshop at the Climate Psychology Alliance (CPA) conference in London earlier this year.

This association of psychotherapists formed 10 years ago in response to the split lives their clients live: going about their regular late-capitalist existence while struggling with hard emotions — helplessness, guilt, panic, anxiety, grief, despair — because the planet's ecology was being pushed towards collapse and no one was doing anything about it.

A decade of warming and UN climate summits later, and that distress has become widespread enough to have its own media term: climate anxiety. Not that the media is helping, because, as psychoanalyst and CPA member Rosemary Randall explained in  2009, the news about climate change gives us just two stories: "monstrous and terrifying images of the future accompanied by bland and ineffective proposals for change now." 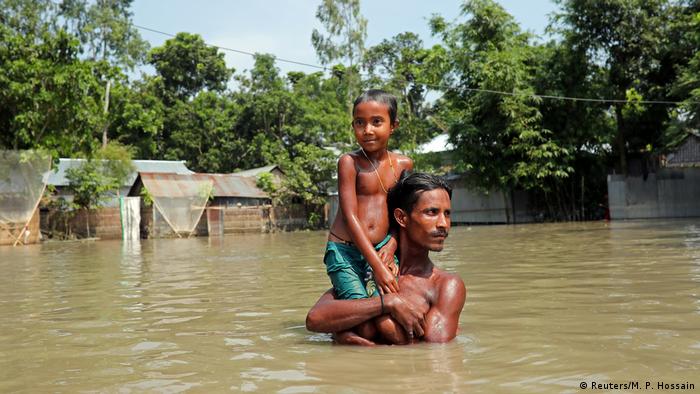 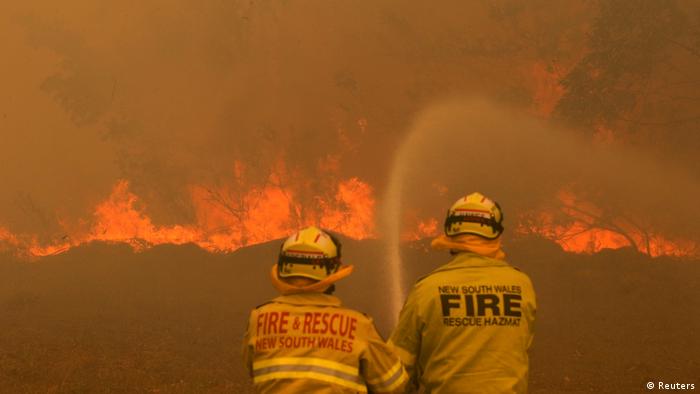 As climate change-related floods, droughts and wildfires intensify, so too does anxiety over the future of the planet

Denial — or disavowal, in the jargon of psychoanalysis — describes a state where "you both know and don't know that something is true," Randall said during the conference. She added that this is a good definition of what surveys about climate change have shown. People know it is real but don't want to feel that it affects them. In other words, people have grown used to worrying and feeling guilty while they book plane tickets. And without confronting our sense of loss, we end up living anxious double lives.

Read more: Environmental psychology: How do you feel about that coffee to go?

One such survey, produced by the Yale Program on Climate Change Communication in January, found that while seven out of 10 Americans believe that climate change is happening, and about the same number are at least "somewhat worried" about it, only half believe they will be affected by it. The same survey found that four in 10 Americans said that either they or their families are making at least a moderate effort to change their behavior because of global warming.

A different order of grief

In other words, what if it's rational to panic and despair? What if you know that your therapist should be feeling the same things you are, but they keep asking about your mum? What if it's not just in your head? 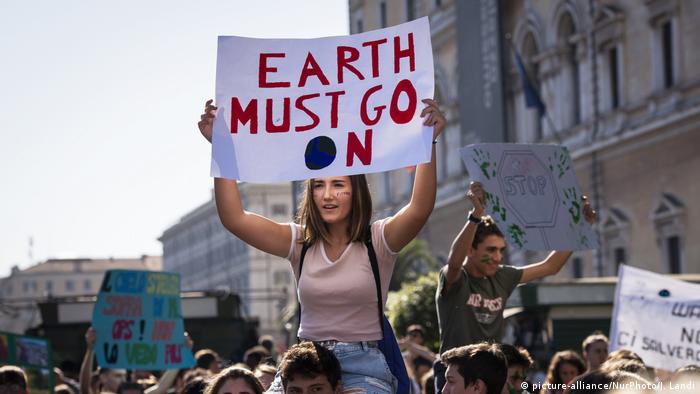 How can people deal with grief and still take action on climate change when that grief is about the loss of everything?

Laura Schmidt and Aimee Lewis-Reau have been thinking about this. The founders of the Good Grief Network have settled in a small blue house in Arizona surrounded by huge cactuses, rocks, and lizards just to reflect on it. As both activists and survivors of difficult childhoods and breakdowns, they became frustrated with the way therapists told them they were projecting personal problems onto the planet.

"Several of my therapists have been like, 'Oh, you were abused as a child? You're just projecting that onto the Earth.'" says Schmidt. "And my response is, 'Yes, and? And?' These are very real things and if you read any scientific report you know this is not just projection."

In fact, traditional therapy might well be part of the problem. Psychotherapists are beginning to see a connection between our individualism, the consumerist promise of self-fulfillment, and our environmental predicament: What if our therapists, in teaching us to love ourselves, have helped us create this selfish culture and the monstrous fossil-fuel economy it depends on?

"Mainstream psychology needs to be revamped," says Schmidt. "It needs to take into account our social connections, our community, how we position ourselves as human beings, and not as individuals." You could say that psychotherapy needs to get political. 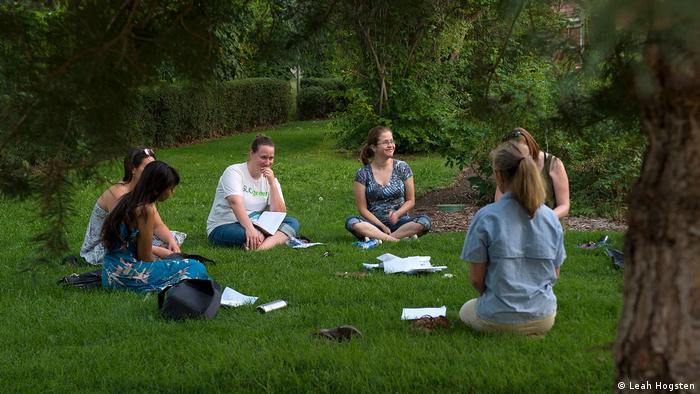 Ten steps to 'resilience in a chaotic climate'

They aren't the only ones who think this, but Schmidt and Lewis-Reau have created one of the more practical responses with their Good Grief Network — a leaderless organization of activists and generally worried people that meets online to work through their "10 Steps."

Read more: In the eye of the firestorm: Surviving Australia's most extreme bushfire

Adapted from the famous 12 of Alcoholics Anonymous, Good Grief's steps are built around acknowledging the enormity of the problem and one's own place in it, "sitting with" the uncertainty it creates, and as Schmidt puts it, reaching past the "reptilian brain" responses of "panic and denial."

It seems to help. As one Good Grief member told me: "This is what was missing!" 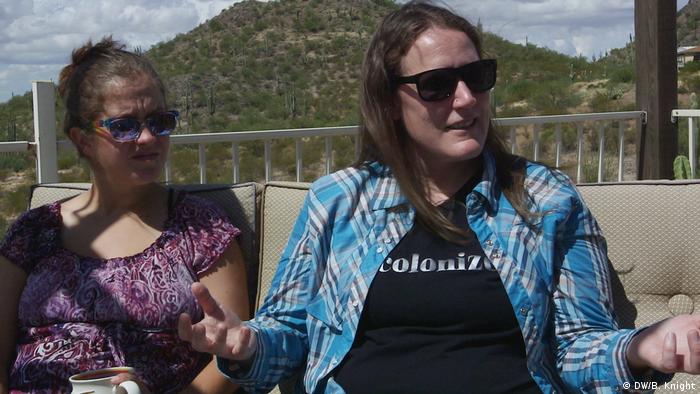 Lewis-Reau is delighted when I ask what effect the meetings have. "I love this question! We see a shift in energy, in body language, and enthusiasm for life," she says. "They come in defeated and anxious, shoulders high, they leave more present, more grounded, with clarity."

The turning point, she's noticed, is step 4: "Honor My Own Mortality & The Mortality Of All." It turns out that people tend to open up when they confront death and disaster.

"The first four steps are always very hard," she says. "I can sense the anxiety and the self-consciousness. But a shift happens right around the death anxiety step, and people start to be themselves and crack jokes. They start to feel a real safety and community."

Good Grief, they say, helps activists keep fighting — or just cope emotionally with the gulf between their small victories and the profound change we need to save the planet.

Honor the panic, because the problem is not just in your head. So what did I tell that stranger in the conference room? What is dying in me? Maybe the need to cling on to this civilization.