Psychology behind climate inaction: How to beat the ′doom barrier′ | Environment | All topics from climate change to conservation | DW | 24.05.2019

Despite the urgency of a "climate emergency" we're nowhere near fulfilling the Paris agreement. Why are we so reluctant to act? Climate psychologist Per Espen Stoknes says we need to move away from pointing blame. 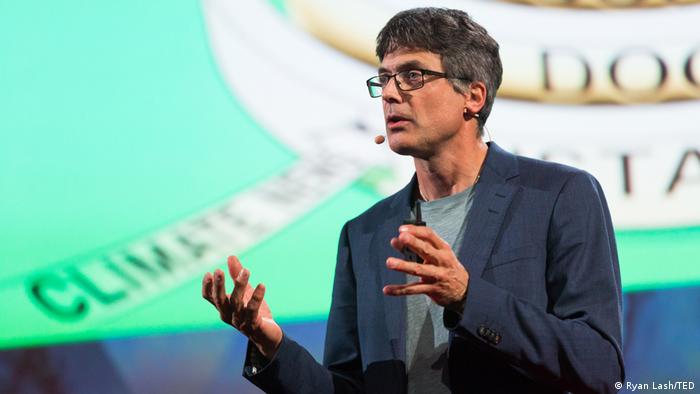 DW:Why are we so reluctant to act to halt global warming?

Per Espen Stoknes: We have several "brain challenges" when it comes to dealing with the abstract, slow moving, invisible threat of climate change. It doesn't really trigger our "evolutionary risk lamps." Since it's invisible and often described very abstractly, people distance themselves from it. Unemployment, crime, immigration seem closer to me and hence I give the climate threat a lower priority than those things that feel nearer.

So does that mean that we actually have to experience problems of climate change firsthand before we will take action?

That may certainly help, but we also know that even people who have been exposed to floods or hurricanes prefer to focus on rebuilding what they have and getting back to business as usual.

This has to do with the way we prefer to protect ourselves from threatening facts rather than changing ourselves. So we need to bring the facts across in a way that helps people to acknowledge them. Then it gets people out of the need to defend themselves, as if climate science was a threat to who we are.

So how do we do that?

If we say the Earth is now going to hell, we're going to a boiling Earth, a hothouse, and you keep saying that, it activates a barrier we call the doom barrier.

When you have heard this too many times, you get used to it.

These are just tree huggers or green extremists or climate fanatics.

Are we not just deceiving ourselves if we try to block out the negative effects of climate change?

In a way, yes. But it is just the way the human brain works. We have lots of studies that show how people tend to disengage and the reason is fear and guilt feelings, which tend to be evoked by the "doom framing," and then we start to shut down.

These are feelings that make us passive not active. We know from psychotherapy that just shaming people or making them feel guilty does not enhance the willingness to change. People start to avoid those messages and people who make them feel bad.

So what's your advice as a psychologist on communicating climate change in a way that will take us forward?

Rather than speaking about PPM levels (parts per million, calculation of CO2 in the atmosphere) and melting ice, I would like to hear about other people like me and my neighbors or colleagues or somebody else I would identify with. If I see my neighbor getting solar panels or an electric car, then I will want one, too.

If I believe most people in my city are now taking action, then I would want to do so too, because we are social animals. We have developed in flocks for millions of years. And when I see somebody like me do something, that feels much nearer, much more personal and urgent than listening to climate science speaking about the year 2100 or melting Arctic ice far away.

So we have to make it cool to use renewable energies for instance?

[It has to be] a part of the new normal in the 21st century that we have lower ecological footprints together with other people who live close by. So we're giving climate science local and social context. We also need to work on making it simpler for people to know what products to buy in the shop or what is the climate effect of a car or household appliance. So we just do the right thing by default.

We do not speak about catastrophe, about cost and sacrifice all the time, but rather speak about the health benefits of low-emission lifestyles; how it is safer and better for us in terms of reducing risks to do something today. So the coolness of using electric bikes or a smarter house that regulates its temperatures and light depending on whether we are home or not. Benefits of local jobs in better insulation and renewable energy generation. The health benefits and the risk improvements should be emphasized at least three times as much as the threats. 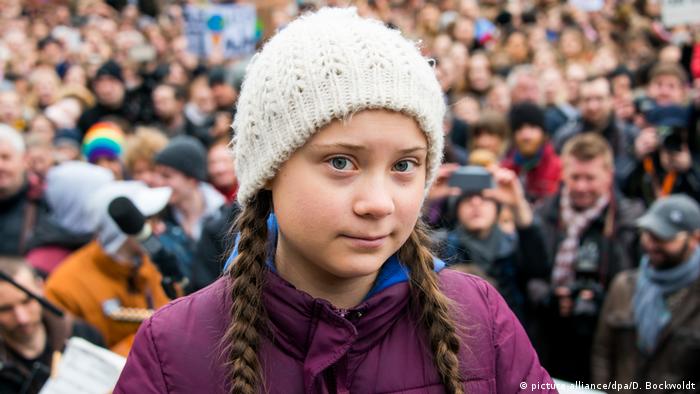 Can Greta Thunberg and the Fridays for Future movement be a tipping point?

Previously students couldn't do much, but with the climate strikes, they now can. We know that social tipping points happen when there is between 25 and 50 percent, a committed minority working at it. Then that coincides with an event that may be hard to predict and then suddenly — based on all these years of working hard to shift attitudes but seemingly getting nowhere — then sort of tipping points happen.

So which psychological factors do you think kicked off the Fridays for Future movement?

One school of social science has been analyzing historic events that have led to social tipping points. One is like Rosa Parks when she did her sit down strike for the black [community] on public buses in the US. Or the Vietnam War where everybody was perceived as unpatriotic if there were not for it. But then came this photo of the girl running from the napalm bombing and suddenly the social tipping point happened. These kind of events were utterly unpredictable.

So I don't think there are any communication experts or campaign strategists who would have come up with using a 15-year-old Swedish girl with Asperger as the frontrunner of the new climate communication. So can Greta Thunberg be another example where we have been working for years and then suddenly something unexpected — and somehow like a media sensation — comes along and changes the long term trajectory?

We do know there is a committed minority varying from country to country between say 15 percent to 40 percent of people who are very concerned about climate change. So the condition seems to be there for a sort of tipping point to happen. But I must admit as a scientist we truly do not know if this just a wave or whether it's a genuine tipping point.

How is the movement affecting older generations psychologically? Basically the blame is being pointed quite clearly in their/our direction?

Yes, and blaming tends to reinforce the barriers, the defenses we have. When you start to blame the older generation, [they] start to shoot back.

So they say things like "well now we expect you to stop asking for new mobile phones. We don't have to drive you around to your activities, and you won't want to come on vacation with us, and you don't want any new clothes either."

And that does not enhance in-depth change at all. It just reinforces the need for people to defend their own position. We have to focus on what we get more of — which is better human lives with smarter resource use.

Humans are emotional beings and if we only try to play on fear and guilt —  or [only play] to the rational mind, we will not reach people's hearts and not give people a story that comes with a sense of community that we are in this together.

I'm hoping for a plurality of stories on how we [transform] towards a low carbon and high quality of life society. The first is a story of a genuine green growth. Another story is that more consumption of resources doesn't make us more happy. But what we do know makes us more happy is meaningful work, social relationships and a sense of dignity in the community with others.

Third I see the emergence of a story focusing on stewardship rather than domination of nature. And the fourth story has to do with what I call "rewilding": that we find ways of strengthening nature again, investing in the ecosystem, cleaning rivers to become drinkable again and we can have animals coming back in the forests, so the ecosystems regain their vitality side by side with the cities.

Per Espen Stoknes is a climate psychologist and economist. He is Director of the Center for Green Growth at the Norwegian Business School in Oslo, and author of several books, including "What we think about when we try not to think about global warming. Towards a new psychology of climate action."