German government would rather save the coalition than the climate, says activist | Environment | All topics from climate change to conservation | DW | 18.11.2019 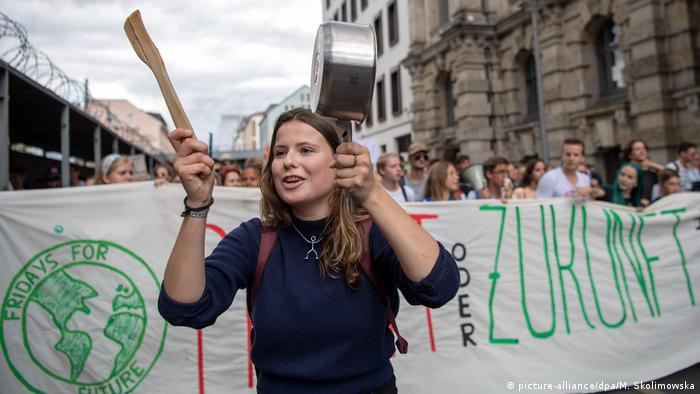 Despite ongoing protests from society and science, last week the German government approved the key components of its so-called climate packet. But Luisa Neubauer, a leading figure in Germany's Fridays for Future movement, says the package won't be enough for Germany to reach the climate goals outlined in the Paris Agreement.

DW: On September 20, some 1.4 million people took to the streets of Germany to push for compliance with the Paris Agreement. Why is the movement so significant here?

Luisa Neubauer: There's a generation in Germany that's quite sensitive to environmental and climate issues. Climate education has been successful for years, so we have an active protest culture. But there are also just a lot of reasons to protest in Germany, and plenty of people at whom we can address our protest.

Many experts claim the German government's climate packet will prevent the country from meeting the goals outlined in the Paris Agreement. Why do you think the government went ahead with it?

The government is afraid of setting out tangible measures and would rather save the coalition than the climate. The two coalition parties only dare to reach a consensus on the bare minumum. And this consensus does not comply with the Paris Agreement. The government is probably unaware of what is at stake and what their real responsibility is. The premature end of the coalition is nothing compared to the threat of climate change. 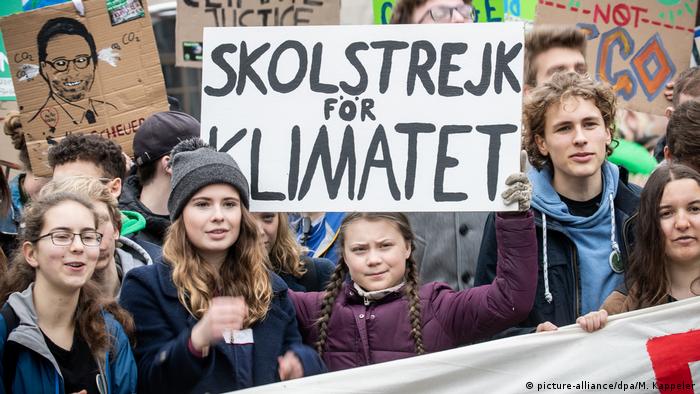 How will you react in the coming months?

We will get bigger and continue to strike. We will become more personal. We can see a responsibility vacuum and that has to change. We need to personally ask people to be responsible within their ministries. It's no coincidence that the climate crisis has progressed as far as it has. It has been driven by conscious and wanton decisions of selected individuals. We have to point out what has gone wrong and who is responsible.

Obviously [our message] does not reach all parts of the government, so that's why we're going to pull out other stops. We work at a European level in the context of the UN Climate Conference, and we see a more promising response there than with the federal government. In addition, we focus on cities and states.

Where do you see the chances for change?

It's important to have smart strategies that can lead to significant change by focussing on individual decisions. That includes us joining forces with those from other sectors — such as business, trade unions, social institutions, science, sports, education and religious groups — who have been less active thus far. We are open to forging new alliances.

On the whole, we are experiencing a great willingness to get involved on so many levels, to raise our voices. Many are also turning to us and want change. 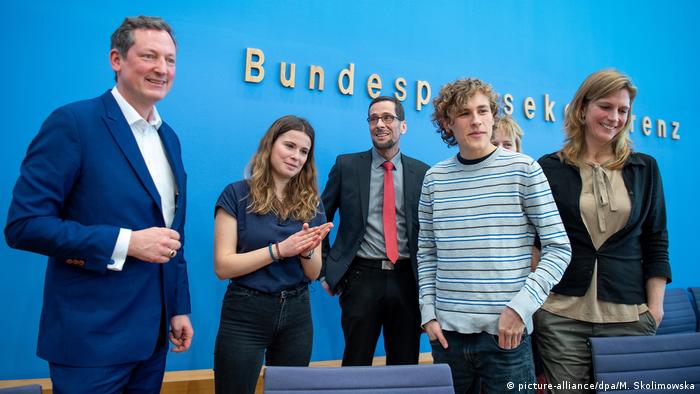 Fridays for Future representatives, including Luisa Neubauer (second from left), and scientists present their climate demands to politicians 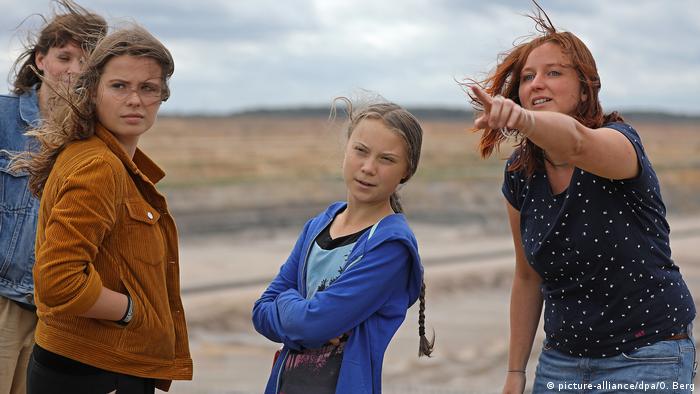 Greta Thunberg was the impetus for the movement last year. For her efforts she was awarded the "alternative Nobel Prize." How would you describe the development of this young movement?

The early days [of this movement] was shaped by what I see as an exploratory character. Never before has anyone in the world co-organized a movement like ours. That fuels and encourages [us]. It was unique and there is something magical about it. Meanwhile, this euphoria has given rise to a strategic consciousness.

Because despite the protests of millions of people around the world, there can still be political setbacks or stagnation. We have to measure ourselves against the strategies of fossil fuel industries around the world, the coal, oil and gas lobbies. For the past 100 years, they have been the only profiteers of the climate crisis.

Did you ever imagine that the protest movement would develop in the way that it has?

I never thought we would strike for a full year. It's like climbing the Himalayas every month and then realizing we're only at the first base. It's sobering to see the amount of effort we need to maintain an already-negotiated intergovernmental agreement so that we don't miss the Paris climate targets. 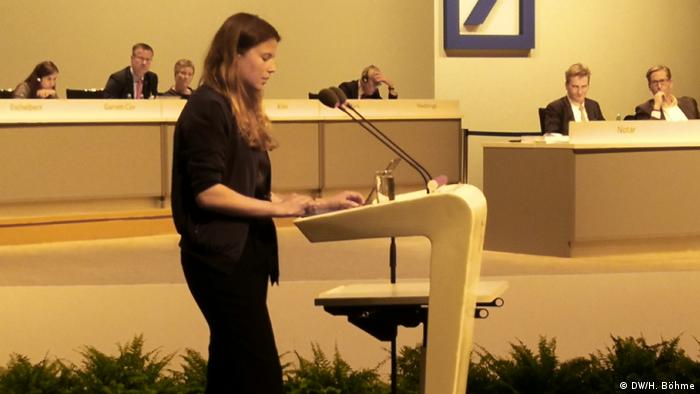 According to the IPCC and the UN, it's still possible to prevent global temperatures from rising by 1.5 degrees Celsius — but only with an enormous amount of effort, and if we act quickly enough. We don't have much time left to reach this goal. How do you think we should go about it?

We have to take all the paths open to us — of course they must also comply with human rights. We've realized that we're facing multiple crises, so we also have to seek multiple solutions to overcome them. This means [the solutions] should not be one-dimensional — and not made by the Bundestag. Change happens wherever people come together and are ready to fight to bring it about. For example, communities can restructure, cities can adopt new CO2 targets, industries can join forces and common standards can be developed. We need the social interaction of the communities.

Scientists have been warning us about the impacts of climate change for decades. But society didn't react accordingly. What is your message to your older fellow citizens?

How optimistic are you that global temperatures won't rise above 1.5 degrees?

I am not optimstic — I am "possible-istic." I see it as a possibilty. Now we need to make sure that the possible also becomes possible.

Luisa Neubauer (born 1996) is a climate activist and one of the main organizers of the Fridays for Future movement in Germany. She fights alongside Greta Thunberg. Her book 'From the End of the Climate Crisis. A Story of Our Future' was published last month.

Global CO2 emissions continue to rise despite the urgent need to decarbonize. What does this failure to tackle climate change mean for climate activism? Is radicalization the next step?