Greece: Residents and refugees work together to rebuild Lesbos | Europe | News and current affairs from around the continent | DW | 10.09.2018

The Greek island of Lesbos has seen its economy plummet since the refugee crisis began, but residents are working to rejuvenate it — with a little help from the new arrivals, reports Jessica Bateman. 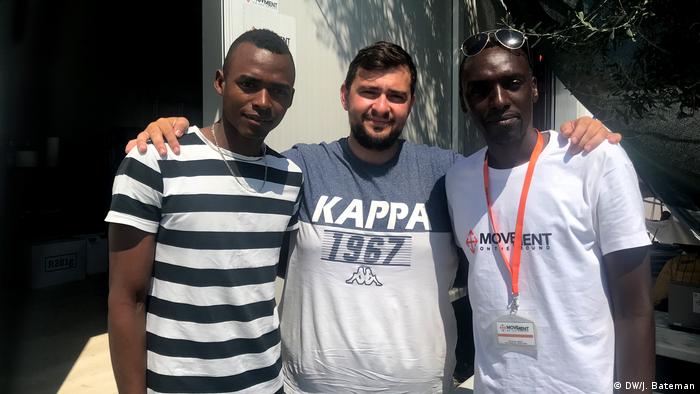 It's been three years since the picturesque Greek island of Lesbos was thrust into the world's spotlight, when around 3,000 people arrived on its beaches every day during the height of the refugee crisis. But although the hotels have emptied of journalists and visitors are once again strolling around the pretty harbor, the crisis hasn't disappeared. The notorious Moria camp, built to house 2,500 people but currently holding almost 8,000, has been declared "the worst refugee camp in the world" by aid group Medecins Sans Frontieres, with high levels of violence and children as young as 10 attempting suicide.

And it's not just impacting those housed there. Tourist numbers on the island remain 50 percent of what they were at their peak, many local businesses have closed, and petty crime such as theft has stoked community tensions. Local villagers, who were often first responders at the height of the crisis, have grown to feel bitter and ignored. As Panos, who runs a local food wholesaler, says: "The EU and the Greek government have turned this island into a warehouse of lost souls." 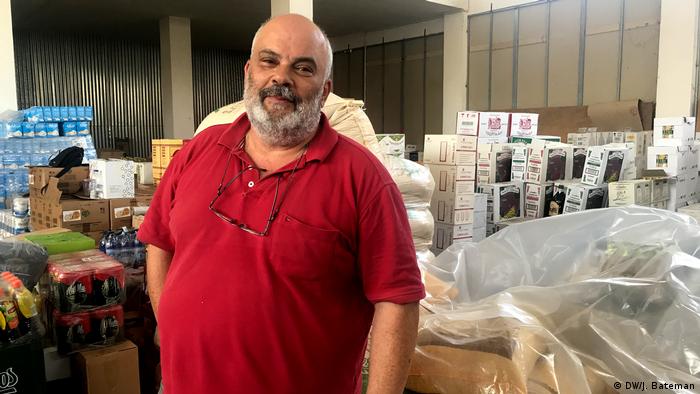 This is why, on the ground, focus is turning to projects that can benefit both refugees and the local Greek community and help revive this small island that has shouldered far more than its fair share of a global issue.

"Hundreds of volunteers from northern Europe and America came here, but none were listening to the local community and what they felt was needed," says Adil Izemrane, co-founder of grassroots NGO Movement on the Ground (MOTG), which is supporting a number of such projects. He explains that, when he first asked Nikos Trakellis, the president of Moria village, what might benefit his community, he burst into tears because "no one had ever asked him such a question before."

One of the most successful projects has been a football tournament for children from the camp and from Moria village. The forced ghettoization of camp residents, along with cultural differences and fears of crime and violence, means building trust between the communities is no easy task. The tournament aims to bring children together first — and, through this, their parents.

"Kids don't care about labels, they make friends with anyone," says Tanja Matijevic, an environmental scientist now working as a soccer coach. "Moria village is not wealthy, most people are in day-to-day survival mode. If a family's goat is stolen because people in the camp are so desperate, that has a big impact.

"Most parents here have just been thanking us for starting a sports league, as it's not something they would always be able to afford to send their kids to." 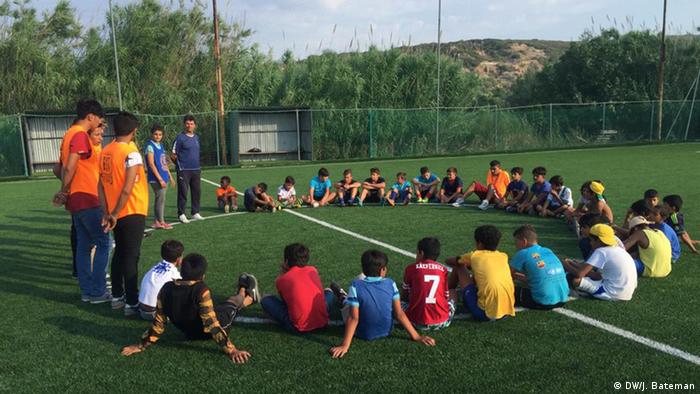 Greek and refugee kids are coming together over football

Spyros Lalos, whose 10-year-old son plays in the tournament, says: "I think a lot of people were nervous at the idea, both parents and the children. But my son enjoyed it and he made friends with some of the kids. Every time they play together, it gets a bit easier and people relax more."

Digital learning for migrants and Greeks

Another Lesbos resident keen to build bridges is Adonis Zeivekis, 25, from the village of Thermi, a few kilometers north of Moria. "I'm from here and grew up here, so I understand both sides of the problem," he explains. "I wanted to see if I could get involved and help both somehow."

One solution Zeivekis and MOTG are working on is twin digital learning labs — one at Moria camp and another in the island's main town of Mytilene, teaching IT skills to both migrants and Greeks. Two camp residents, Thierry Harbonimana and Kwizera Ahmed Aimable (photo at top), both from Burundi, are working as teachers alongside him. "We will have refugee teachers in the Greek class, then eventually we will mix the two groups," he explains.

Read more: On the edge of the EU, refugee flows flood a river

Harbonimana says he believes that increasing the number of small, informal interactions between the two communities is the best way to break down barriers. "Anything that helps us grow accustomed to each other is good," he explains. "Last week, we joined in with some religious festivities here — it's small, but everyone liked it." Zeivekis adds: "Yesterday we had a music event with refugee musicians playing, which was open to everyone. I don't think the majority of villagers are against the refugees, the anger is because we don't have the facilities here for them." 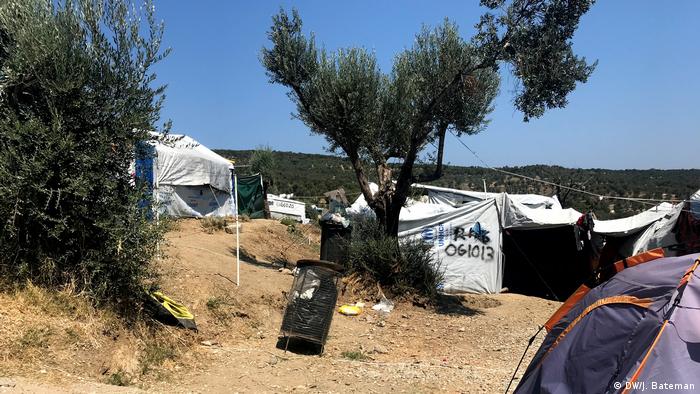 However, Harbonimana explains that it can be hard for camp residents to get involved with projects when they are so focused on day-to-day survival: "Some people are just so worried about what will happen next, whether they will get their papers, they can't think about anything else."

Other projects include a food truck, in which refugee chefs cook with ingredients sourced from local farmers and invite residents to share meals. Panos, who helps supply the food, cites Lesbos's large Albanian community as proof that integration on the island is possible. "There's no reason people can't stay on the island, get jobs, have families here," he says.

Outside Moria, olive groves have been destroyed to build makeshift tents. "The situation was so bad that people just decided to leave the main camp," Izemrane says. MOTG is now working with the community to rebuild the area and create communal gardens for both camp residents and villagers to grow produce. The project should be completed later this year.

But although people on the ground are moving forward with solutions that can help everyone, anger remains at the lack of any overall strategy from the authorities ultimately responsible.

"At the start, everyone was just in crisis-response mode. But now it's been three years, people are still arriving, and there's still no long-term plan. And it will probably go on for many more years," says Izemrane. "People don't know what they're doing here or what's going to happen to them, which is where a lot of the frustrations come from."

The Greek government, which is in charge of Moria camp, claims it does not have the funds to improve conditions. Meanwhile, those on the island continue to wait, desperate to know what the future holds.

Camps set up for displaced people on the Greek islands are overcrowded. New facilities are being erected on the mainland, but only refugees with certain designated needs will ever be permitted to reside in them. (04.04.2018)