Melissa Network: A hive built by migrant women | Europe| News and current affairs from around the continent | DW | 03.11.2017

When hundreds of refugees camped out in Athens in 2015, the women's organization Melissa Network found itself at the forefront of the crisis. It has grown to become a thriving space for the empowerment of refugee women. 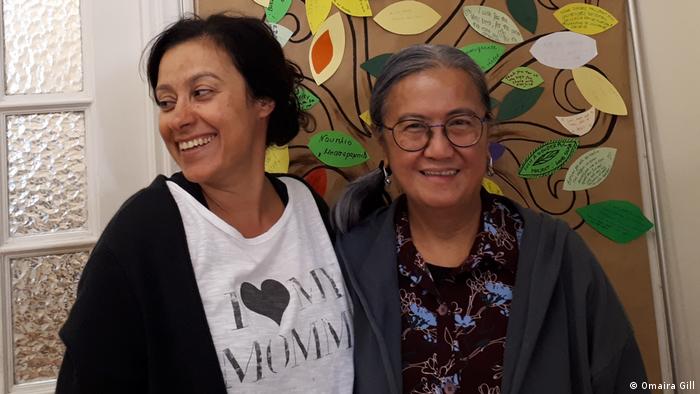 "You see women with dreams, aspirations, who have skills, ideas, who want to do things", says co-founder Nadina Christopoulo (left) about the women who come to Melissa Network

In an unassuming building just off of Victoria Square in central Athens, a lesson is taking place. The students are eager and focused.

"Many Athenians prefer the metro because it is the fastest mode of transportation in the city," Sorayah reads out from her Greek textbook.

"Shehar" her co-students say, giving her the Farsi word for city. Sorayah pencils it down with her other annotations in careful, neat Greek letters. Her peers are Afghan refugees like her, with or without headscarves in this all-female environment. In the main office, the interpreter, Yiasemi, is taking a break. The students have progressed so well in their Greek classes that they don't need her around anymore. 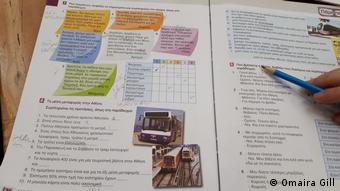 This is Melissa Network, an organization which began as a network for migrant women in Athens and blossomed into a place of growth, knowledge and solidarity for refugee girls and women.

When it started several years ago, the organization, which takes its name from the Greek word for honeybee due to the buzzing hive of activity it has always been, was a place to help migrant women network and empower themselves. The offices near Victoria Square in the Greek capital meant that when the refugee crisis unfolded, the migrant women who were members of the initiative found themselves unexpectedly at its forefront.

Refugee children camping out in the park

They began by making breakfasts for the hundreds of refugee children that camped out in a nearby park in 2015, waiting for passage to the northern border. But it felt like it was never enough. After seeing the enormous potential of migrant women, Melissa Network decided to work with them and offer something more. "Migrant women are integrators and multipliers. Whatever little you give them they will multiply in no time”, says Nadina Christopoulou, one of the co-founders of Melissa Network. 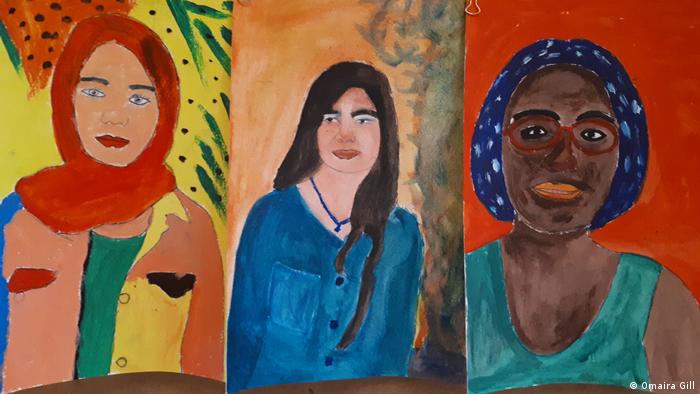 After traumatic journeys, refugee women find a space to learn, take art classes and prepare for the next phase in life

And so they began offering classes, workshops, therapy, healing, skill-building, network building and strategic support to help the women in their new lives. Melissa Network also provided a space for childcare, knowing well that migrant women in a foreign country rarely have extended family close by to care for children.

Today, this service has expanded into the ground floor of the unassuming building. The oldest children are on the threshold of adolescence whereas the youngest ones are infants just a few weeks old. The infants' mothers are determined not to let their lessons slip.

Nadina explains that what sets Melissa Network apart from similar models is its drive to be led by refugee women. "In this integration model approach we have, we put the refugee women in the centre. That's where the empowerment process begins. We deal with them as active agents, and agents of change.”

"These women have immense strength. Even making the journey, they are not doing it aimlessly. They have a strategy in their mind. They are going somewhere to make a better life for themselves.” she says, and this is obvious to anyone walking through the organization's doors.

Here, after enduring traumatic journeys, violence and prejudice, refugee women find a space to learn, gather tools for the next phase in their lives or simply relax. Some come for the German, English or Greek lessons, others for the computer programming sessions, others for drama therapy. Some come simply to find a safe and female-friendly space where they can take a break, sit on the sofas or chat in the small yard. Some remove their headscarves and fix their immaculate makeup: privacy is scarce in camps, so this in itself is a relief. 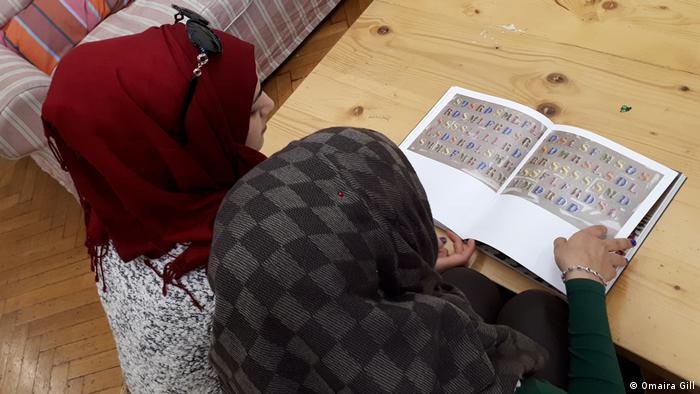 Sisters Khadije and Hadell, 17 and 18 years old, fled Damascus for Turkey five years ago. They've been in Greece for two years and are trying to reach their brother in Germany. Melissa Network provided the sisters a sense of stability after being moved multiple times between camps in Greece. Khadije ticks them off: a year on Mytilene, two months in Kavala, seven months in Lamia.

"Here, it's good. I feel at home. I tried to go to Greek school but I couldn't relax. So I come here to learn,” explains Hadell. "We go out of Athens, we see Greece. It's very nice,” says Khadije, who wants to be a lawyer once she gets to Germany. "I had a house in Syria. I had a job. I want to continue. If there is something like Melissa Network in Germany, I will go,” she says.

Moving between camps for years

On the ground floor, Khatireh, 30 and Fatimeh, 21 from Afghanistan, are biding their time before they ask about lessons. They've both been in Greece for over one year. Fatimeh was a student, she's reluctant to say where in Afghanistan she is from. It's for her own safety. Khatireh is from Herat.

Her husband is in Germany and that's where she wants to go. Khatireh has been through a horrific ordeal at the hands of the Taliban, losing her first and only baby at seven months due to a bomb attack that was targeted at her anti-Taliban work. There were no more children after that. At Melissa Network she has found a way to plan for the future. 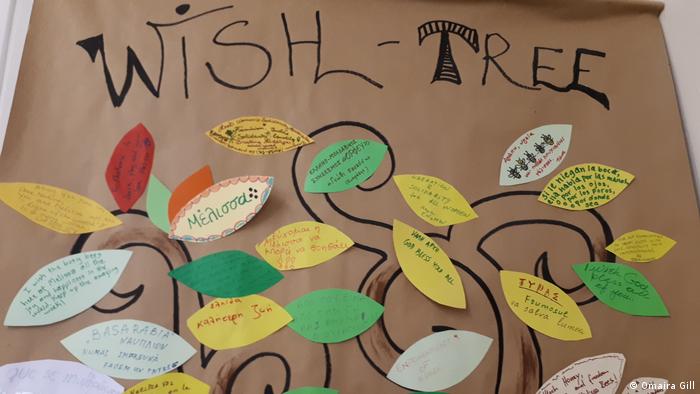 Far from the common perception of refugee women as static and passive recipients, the fellow migrant women who built Melissa Network made sure early on that they work with the new wave coming through their rather than impose their own structure.

It's lunchtime. Khatireh is at the office on the first floor and looks troubled. "There is no class!” she exclaims. The English class is full. Staff give her a printed list of other places providing similar services but it's Melissa Network she wants, and she is willing to wait. She puts her name on the waiting list.

"The last thing you see here is passivity. You see women with dreams, aspirations, who have skills, ideas, who want to do things. We try to work with that material. That's a huge resource. All we do is encourage it and create a space for it.” concludes Nadina Christopoulou.

Migrants and refugees have threatened a hunger strike in Athens as a protest as they wait to reunite with family members in Germany. Family reunification can take months or years. (01.11.2017)

Since the closure of the Balkan route, many refugees who arrived on the shores of Greece are trapped in overcrowded camps without any prospects. A report from Fabian Pianka, who visited the Greek hotspot in Samos. (10.08.2017)

A filthy prison instead of a safe haven: Iranian refugee Arash Hampay joined a hunger strike on Lesbos to protest the dire living conditions at the Moria asylum center. Thousands of refugees are detained there. (17.07.2017)