Greece: Mixed reactions to vaccine mandate for people over 60 | Europe | News and current affairs from around the continent | DW | 02.12.2021

Greece: Mixed reactions to vaccine mandate for people over 60

The Greek government has announced a monthly fine for citizens aged over 60 who refuse to get a vaccine. Observers question whether the measure will achieve a higher vaccination rate. 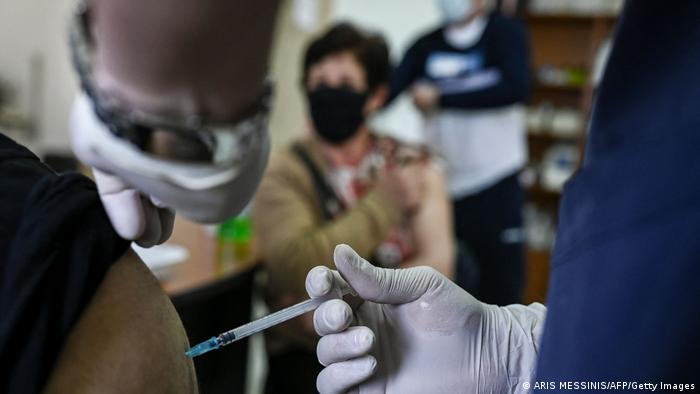 Will the vaccine mandate for those over 60 increase uptake of the shots?

At the moment, some 100 people are dying each day of COVID-19 in Greece. Most of them are older. Many of them were not vaccinated. Despite this, few people had expected compulsory vaccination to be introduced for people over 60. But now, it has been.

In a cabinet meeting on Tuesday, Prime Minister Kyriakos Mitsotakis said there were some 580,000 Greek citizens aged over 60 who were not yet vaccinated. He also pointed out that most of the COVID-19 patients in intensive care were in the same age group, as well as most of the people who had died of the illness.

He announced, therefore, that by mid-January, all Greek citizens in this age group who had not been vaccinated should either have received a first shot or at least be able to prove that they had an appointment for one. Those without a shot or the prospect of one would be fined €100 ($113) per month. The fine would be collected automatically and used to fund the public health system.

Mitsotakis said that it had been a tough but justified decision: "I felt a duty to stand by the most vulnerable, even if it might temporarily displease them."

The prime minister hopes that the introduction of punitive fines will convince more people to get the vaccine. Currently, 62% of the total population and 73% of people over 18 have received both shots, according to the vaccine tracker of the European Centre for Disease Prevention and Control. 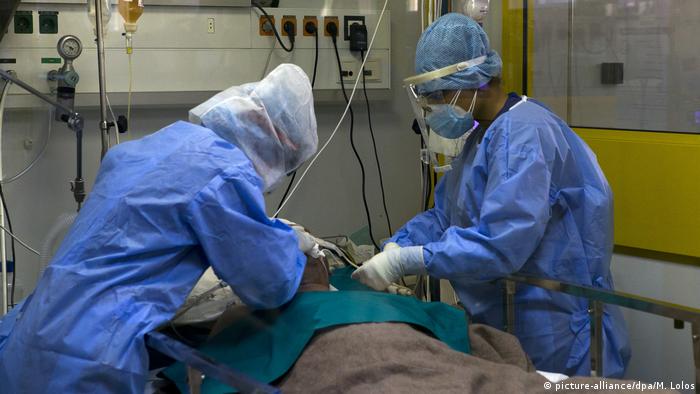 It will soon become apparent whether the threat works and results in an increase in vaccine appointments. Regardless of that, initial reactions on social media were negative.

Some users said that older people were being punished, whereas there was no compulsory vaccination for professions with greater social contact such as police, the army or priests. So far in Greece, a vaccine mandate applies only to health care workers, with those who refuse to get vaccinated not getting paid.

On Facebook, Xenophon Contiades, President of the Center for European Constitutional Law in Athens, said that he believed that with vaccines available, restrictions and sanctions to convince people to get the shot are justified.

"However, in my opinion the imposition of fines on people who do not want to get the vaccine is unconstitutional, because it is an excessive and inappropriate restriction of an individual's autonomy — regardless of how angry we are because of their attitude."

He added that it was not only a matter of discrimination on the basis of age, but also social discrimination, because for some people €100 per month is a significant sum.

Elias Mossialos, Professor of Health Policy at the renowned London School of Economics, said on Greek television that he would have liked to see a combination of restrictive measures and positive incentives: "Now we have arrived at a dead end."

'The message is that it is people's own fault'

Meanwhile, hospitals are being inundated and doctors are stretched to their limit.

Retired Athens resident Ioanna Nezi has received three doses of the vaccine. But she believes that the new measure is problematic: "There was not even a hint of a debate in parliament. There was no admission that politicians have not done enough to address the skepticism many have regarding the vaccine."

"The message is that it is people's own fault, and that the government has done everything perfectly."

There has indeed been very little serious debate in parliament about the pandemic. The prime minister has tended to make announcements on television. 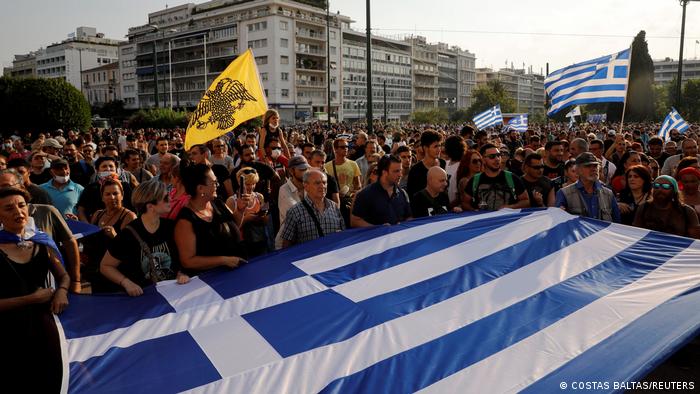 Some see the November 30 vaccine mandate for people over 60 as an admission that the national inoculation program has failed. For too long, the government looked on in silence as those against vaccination presented their theories on television.

For too long, it did not dare to pressure the powerful Orthodox Church into greater cooperation. For too long, it presented its mediocre management of the pandemic as a success story instead of launching a more effective vaccination campaign and strengthening the health system, the arguments go.

Now that doctors are protesting and the omicron variant is poised to spread, the government seems to prefer blaming the unvaccinated. 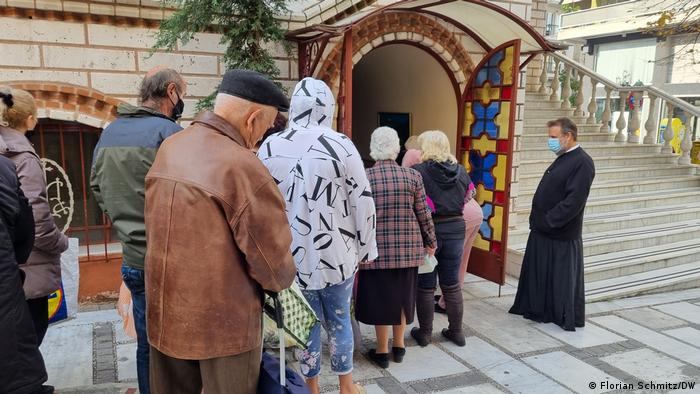 The government opposition is angry about supposed inconsistencies in the administration's policies. Alexis Tsipras, former prime minister and leader of the left-wing Syriza party, criticized the "lack of planning and strategy" and described the conservative premier as a "vaccination saboteur."

He said that compulsory vaccination for people over 60 would lead to a "wave of resistance instead of the desired result, which is a better vaccination rate." His proposal was to use financial incentives to encourage people to get a first shot.

Perhaps the most bitter comment as to the state of public debate in Greece was made on Twitter by well-known young journalist Natasha Iamali: "The fact that we are more concerned with a €100 fine than with the 100 daily deaths is an admission of lack of empathy."

Many countries are reimposing restrictions on everyday life amid rising infections. DW Travel offers a brief recap of what rules apply in the EU.

COVID-19 pandemic: Should vaccination be compulsory?