Greece has begun talks with its international creditors, formerly known as the "troika," toward a new deal to replace its current bailout package. Without a deal, Greece could run out of funds as soon as next month. 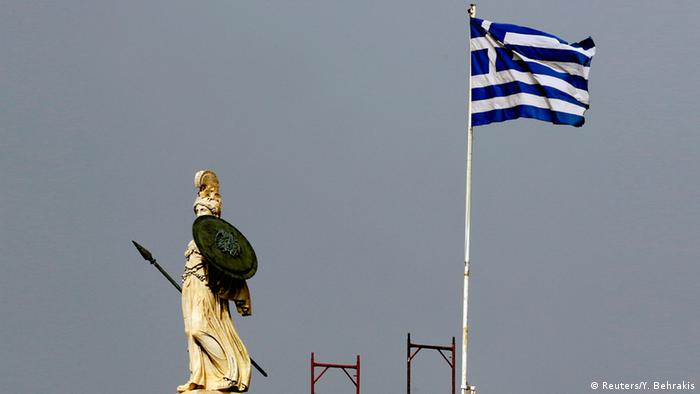 The spokesman for Greece's new left-wing government appeared hopeful ahead of Friday's negotiations with the European Union, the European Central Bank (ECB) and the International Monetary Fund (IMF) that they would be able to work out an agreement over the next couple of days.

"We will do whatever we can so that a deal is found on Monday but not with measures that will offend the sovereignty of the nation and of the people," Gabriel Sakallarides told private Greek broadcaster Skai in Athens.

"If we don't have an agreement on Monday we believe that there is always time so that there will not be a problem," he added, referring to the day when eurozone finance ministers are to meet to discuss how Greece can make the transition to a new support program. Greece and its creditors are aiming to hammer out a concrete proposal by then, which would then be put to the ministers.

Friday's talks began amid what appeared to be a growing willingness to compromise on both sides, after Greek Prime Minister Alexis Tsipras agreed to meet with the "troika" of international creditors, a group he had said he would refuse to meet with immediately after his election a just a few weeks ago.

Troika by another name

Curiously, while Greek officials are meeting with representatives of the EU, ECB and IMF, all concerned have agreed that the grouping will no longer be referred to as the troika.

"There is no desire on anybody's part necessarily to call it the troika," the Reuters news agency quoted an unnamed EU official as saying on Friday. 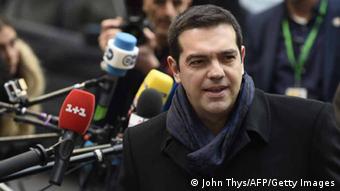 Dropping the term troika appeared to be a concession to Tsipras

"Out of consideration for our Greek friends, we are not calling the troika the troika anymore, but 'the institutions'," German Finance Ministry spokesman Martin Jäger confirmed at a press conference in Berlin.

"It doesn't mean the assessment function of the three institutions is affected in any way whatever," he added, noting that the word troika had never appeared in any of the international agreements, but had somehow had come into common usage to refer to the bailout. In Greece, it has come to symbolize the austerity measures implemented by the former conservative government, to comply with the terms of the bailout, including deep cuts to social services, public sector wages and layoffs.

Speaking to reporters as the summit wrapped up, the chancellor, who has been an outspoken opponent of Tsipras' anti-austerity stand, described the short encounter as "very friendly," adding that she had expressed willingness to cooperate with him to find a solution.

"Europe always has been geared towards finding compromises," Merkel said. "Compromises are agreed when the advantages outweigh the disadvantages. Germany is ready for this."

Nobody in Brussels or Athens appeared to be under the illusion that reaching a compromise would be easy, and, before the start of Friday's talks, the head of Eurogroup, Dutch Finance Minister Jeroen Dijsselbloem, said he was "pessimistic" about the possibility of reaching a quick deal.

"The Greeks have sky-high ambitions. The possibilities, given the state of the Greek economy, are limited," Dijsselbloem said. "I don't know if we'll get there by Monday."

Athens needs to get a deal done by the end of February, when its current 240-billion-euro ($270 billion) bailout is due to expire. Failure to do so could lead to Greece's being forced out of the eurozone.

Is the Greek economy growing or shrinking? The answer depends on what statistics are compared. Many of Greece's key numbers are still in negative territory. That has consequences for the debate over its reform program. (13.02.2015)

Greece has resumed technical talks with its creditors ahead of a crucial meeting of eurozone finance ministers. It's hoped a deal can be reached by the end of this month, when Greece's bailout is due to expire. (13.02.2015)