Is the Greek economy growing or shrinking? The answer depends on what statistics are compared. Many of Greece's key numbers are still in negative territory. That has consequences for the debate over its reform program. 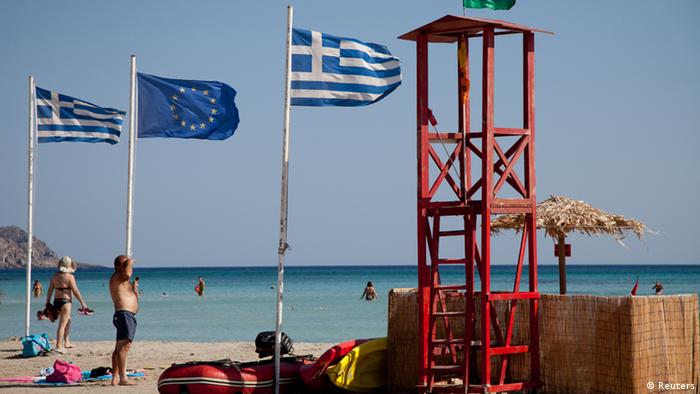 That sounds like Greece is starting to grow again. Only - it hasn't. The year-on-year Q4 figures are a bit misleading. If GDP figures for the fourth quarter of 2014 are compared with those of the third quarter instead, it turns out that economic activity shrank slightly, by 0.2 percent.

The weak figure could be a "one-off" attributable to political uncertainty in the run-up to the Greek election.

"The renewed decline [in GDP] will only widen the hole in the public finances that seems set to arise from the new government's reversal of austerity measures," McKeown said in a research note.

"And with levels of activity already very depressed and unemployment extremely high, the latest data threaten to strengthen Greek resistance to the fiscal terms that seem set to accompany any renewed financial assistance," she added. 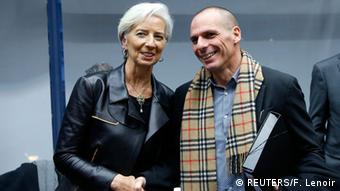 In contrast to the negative Q4 GDP figures for Greece, Eurostat reported that for the 19-country Eurozone as a whole, GDP was up by 0.3 percent in Q4 2014 compared to Q3 2014.

No recovery in sight yet for Greece

It could be that the economy is adjusting to a "new normal" of lower GDP. In the years before 2008, growth was fired in large part by money borrowed at low interests by past Greek governments running large deficits. That era is over.

EU forecasts have projected an end to deficit financing for Greece's government, but as recently as 2013, the deficit was over 12 percent - and economic forecasts are often wrong.

With uncertainty about the status of the country's economic reform program and doubts about its government's ability to service its huge debt load of 315 billion euros - 175 percent of GDP, the highest in Europe - there is little reason to expect a major recovery of the Greek economy in the near term.

Internal demand is weak, and imports continue to outpace exports.

Internal demand is weak, due to high unemployment and wages that are substantially lower than they were a few years ago. People have less money to spend. Government budget cutbacks have weakened domestic demand further.

Greece's exports peaked in 2008 at 56.6 billion euros. They dropped to 45.1 billion euros in 2009, the first year of its six-year recession, and only slowly climbed back to 55.1 billion euros by 2014. The trend is in the right direction - upwards - but export recovery has been slow. 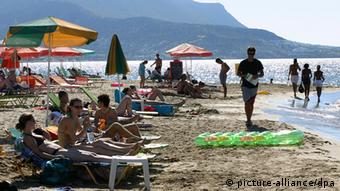 Given these data, an export-led recovery is not yet in the cards.

Greece will benefit from low oil prices and a weaker euro

That leaves foreign direct investments as a possible savior for the Greek economy - but will anyone invest massively in Greece at a time when domestic demand is weak? Manufacturers looking for production sites are more likely to locate factories in countries with better export-oriented infrastructure and cheaper workers, like China, or higher productivity, like Germany or Poland.

Still, not all the news is bad. Greece should benefit somewhat from the same factors that are lifting economic prospects in the rest of Europe: Lower fuel prices and a weaker euro, both of which should improve the country's balance-of-trade figures.

Greece has begun talks with its international creditors, formerly known as the "troika," toward a new deal to replace its current bailout package. Without a deal, Greece could run out of funds as soon as next month. (13.02.2015)

Potential consequences of a Greek bankruptcy