With journalists and media organizations losing some of their credibility, authorities are finding it easier to curtail freedoms. Asian journalists explored ways to deal with the situation at DW's Global Media Forum. 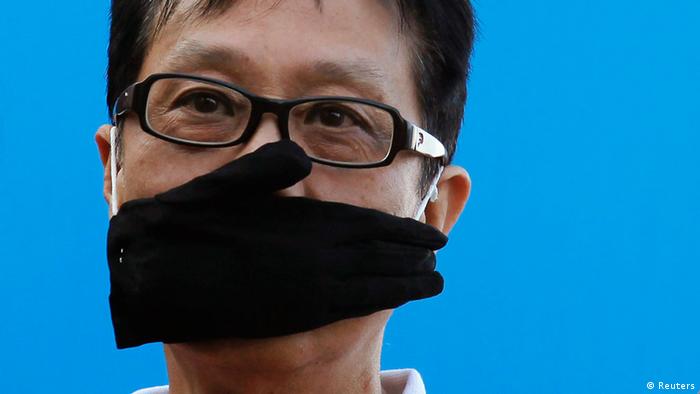 US President Donald Trump's dismissal of mainstream media as "fake news" entities has reverberated across the world, with right-wing regimes and military rulers increasingly targeting journalists and media organizations.

Press freedom these days is definitely under a bigger threat than ever, and the pressure on media comes from a variety of state and nonstate actors. A discussion at this year's Global Media Forum, organized by DW, outlined the nature of threats and curbs faced by independent journalists and media groups in Asia and suggested ways to deal with them.

"Press freedom is being curtailed all over the world, not only in Asia. It is a global trend," Shahidul Alam, Bangladeshi journalist and activist, told participants.

Panelists from Bangladesh, Hong Kong, India, Pakistan and Thailand agreed that even democratically elected governments are imposing curbs on media as the space for dissent is increasingly shrinking in Asia.

"Critical reports annoy governments and corporations alike," said Siddharth Varadarajan, former editor of India's The Hindu newspaper and one of the founders of The Wire online news portal.

In India's case, progressive journalists are alarmed by the resounding victory of Hindu nationalist Prime Minister Narendra Modi's Bharatiya Janata Party (BJP) in the 2019 general election. They fear that the premier would now try to tighten his administration's grip on the South Asian country's media even more.

The Wire has been facing the ire of Modi's BJP, as the online news portal continues to publish investigative stories exposing the government's wrongdoings. This prompted the BJP to accuse The Wire of colluding with the opposition Indian National Congress (INC) party.

"The government uses security agencies to pressurize journalists, who can be dubbed 'anti-national' by authorities. New laws are being promulgated to monitor social media and criminalize free speech," Varadarajan underlined.

Pakistani journalist Shahzeb Jillani, also one of the panelists, said press freedom in Pakistan has been under siege for the past few years. "In the past two years, Pakistan has witnessed a 'creeping coup.' If you analyze our media, you will find it quite free actually. You can criticize politicians and even the prime minister, but you can't say a word against the army," Jillani said.

"The army has practically taken control of a number of news channels, which have been indirectly co-opted."

Jillani cited the example of the Pashtun Tahafuz Movement (PTM), a civil rights group active in Pakistan's war-ravaged northwestern areas, and its media blackout. PTM demands a demilitarization of the region and holds the Pakistani military's security policies responsible for wars and devastation in their lands.

"People can only find out about PTM activities through social media. The mainstream media has imposed an undeclared ban on the group," Jillani pointed out. "But I am still not pessimistic. There are brave journalists in Pakistan who are resisting these pressures," Jillani added.

While the authorities in countries like Bangladesh, India and Pakistan attempt to control media indirectly, other Asian countries like China and Thailand are more explicit in their approach toward media.

"China ranks 177 out of 180 countries in the Press Freedom Index. The ruling Communist Party controls Chinese media, and apart from The Financial Times, all other foreign media websites are blocked in China," Raymond Peter Lee, a former editor of the BBC Chinese Service and a professor at the University of Hong Kong, told the panel participants.

"Chinese media organizations are owned by the ruling party members, and you can't expect them to criticize the government," Lee said.

The situation in Hong Kong is different, but with Beijing's growing influence over the city, the media landscape in the territory is rapidly changing, Lee pointed out. "Owners of media groups in Hong Kong have business links with mainland China," Lee said, adding that self-censorship is on the rise in Hong Kong.

Pravit Rojanaphruk, a Thai journalist, said that the press freedom situation has substantially deteriorated in his country in the past five years.

"In Thailand, you cannot criticize the monarchy — it is above all criticism," Rojanaphruk underlined.

The Thai journalist partly blamed the European Union for tolerating the military junta for the sake of economic ties. "The Europeans probably think that if they put too much pressure on Southeast Asian countries, they could fall under Chinese influence."

Mahfuz Anam, the editor and publisher of The Daily Star newspaper in Bangladesh, said that governments have always tried to subjugate free media. "In the past, they did it secretly; now they do it openly," he said, adding that authorities are getting better at censorship due to technological advances.

Unlike other panelists, Anam was also critical of the role of media and journalists, saying that they have taken their readers and viewers for granted.

"Trump dubbed mainstream media the 'enemy of the people.' We need to analyze what has happened. Journalists have lost their credibility because they have forgotten about their readers and viewers. We give more importance to advertisers now," Anam said.

The veteran Bangladeshi journalist concluded his talk by saying that the failure of media is a threat to democracy all over the world. "It is time for journalists to come together. The Global Media Forum is an excellent platform for that. We need introspection. Press freedom is not for journalists but for the people," he emphasized. 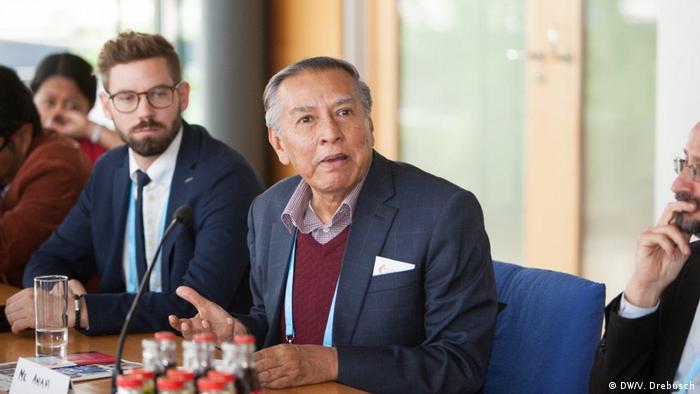 Is Pakistan's war-ravaged northwestern region turning against the military?

Pakistan's military has accused a Pashtun civil rights movement of destabilizing the country at Afghanistan's behest. Rights groups say that the movement is being targeted for opposing military policy in Pashtun lands. (07.05.2019)