Audrey Jiajia Li was a prominent TV journalist in China, but she quit before getting fired for complying with the official line. Now she seeks freedom of speech on social media - but still lives with fear. 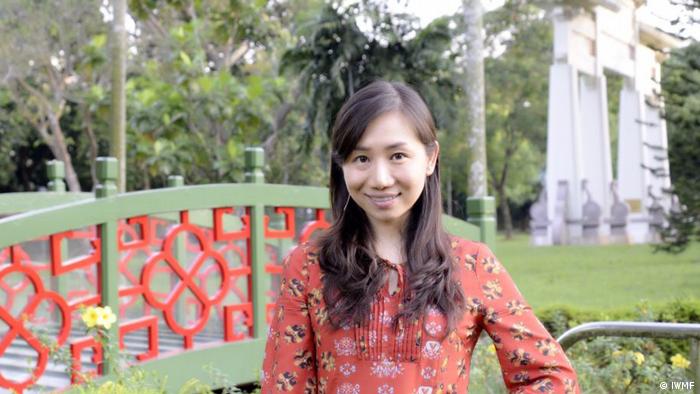 Audrey Jiajia Li, also known as Li Jiajia, is a journalist and independent filmmaker based in both Singapore and Guangzhou, China.

A long-time TV journalist, she says press freedom in China has been getting worse every day. In response, she went freelance last year and began writing columns on politics and culture for publications outside of China, including the South China Morning Post in Hong Kong and Lianhe Zaobao, the largest Chinese-language newspaper in Singapore, in order to gain greater expressive freedom.

As a filmmaker, she created the documentary "LA, Say Goodbye to Smog," which was banned in China. She has also written the book "Zhege Shidai, Zhexie Ren," (These Times, These People) about people and situations in mainland China.

DW: During a time of increased censorship in China , you cover topics of social justice, speak out against censorship and advocate freedom of speech. Can you still publish in China?

Audrey Jiajia Li: It's complicated. In China no one tells you where the line lies between what is allowed and what isn't. It's a vague line. 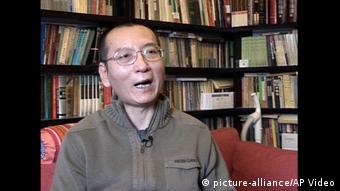 In my opinion a vague line is always much more powerful than a clear one. So I can publish. I still have my Weibo account with over 720,000 followers. [Eds.: China's Weibo is similar to Twitter.] I have my official Wechat account with a lot of followers. So I can write my commentaries on the mainland, but I have to do self-censorship. I have to wonder what will happen when I post an article.

So if I'm writing about Liu Xiaobo, I won't publish that on the mainland. I have to reserve that for the Hong Kong or Singapore news outlets.

Read more: 'Liu Xiaobo knew that he would pay with his life'

Two weeks after Liu Xiaobo's death on July 13, you published an article in the South China Morning Post in which you lamented China's treatment of him and compared him to Gandhi and Nelson Mandela. I quote: "His life has ended, but his legacy shall live on and be cherished by those who shared his vision for democracy, liberty, the rule of law and an end to censorship." Those words, if they were uttered in mainland China, would be very dangerous for the person speaking them. You still live in Guangzhou. Aren't you afraid? Many people who have said things like this, even outside of China, have been taken into custody.

I am a little bit afraid, actually.

Are you interested in bringing about change in China?

Of course I can dream of making my country a better place in terms of freedom of speech. But now I'm very pessimistic about the future. Just five or six years ago, the situation was quite different. People could discuss so-called sensitive topics online - on Weibo and the other social media platforms. But now everyone is so terrified, because punishment could come at any minute.

Just a few days ago, a professor at Beijing Normal University got fired because of his online comments: Shi Jiepeng (his internet name is Liang Hui Wang, an emperor's name in ancient China). He criticized Mao Zedong online on Weibo. I think some super leftist nationalists reported him to the authorities and his university just fired him.

I think it is kind of ridiculous. He is a professor. Teachers and students are supposed to enjoy freedom of opinion - but actually, no. Since 2012, the situation has been getting worse and worse. And there is no sign that it can get better. There won't be any loosening up after the 19th party congress, I think. [Eds.: The 19th National Congress of the Communist Party of China will elect the new leadership of the Communist Party in fall 2017.]

So I'm quite pessimistic. But five years ago I was hoping China could enjoy some kind of freedom and democracy.

Can you still publish in any of the official media in China?

I don't know. I haven't tried. If you want to publish articles in the so-called official media in China, you have to self-censor, and then the editors edit a lot of paragraphs from your articles. I don't want to do that. For now, I just choose media outside of the mainland.

Who do you see as your audience?

I still think of the mainlanders, ordinary Chinese people, as my audience. But it is getting more and more difficult. So I am always looking for new ways to freely express my view. My Weibo account got silenced [by censors] three times, so I used Wechat.

I am trying to write articles in English now. For English material, the censorship is not as straight as for material in Chinese. I think more and more ordinary Chinese people can read English and understand what I'm trying to express.

In May, you commented on the backlash sparked by Chinese student Shuping Yang while giving a commencement address at the University of Maryland. She compared China's shortcomings on clean air to its lack of free speech. You said that airing that kind of dirty laundry can only help society improve. You struck a nerve. What kind of backlash did you experience?

My article on Shuping Yang was both published in Chinese and English in the South China Morning Post and Lianhe Zaobao. I also shared it on my Wechat account, but it got deleted twice. Over 20,000 people read the Chinese article before it disappeared after three days.

Did you post anything on Liu Xiaobo on your Wechat or Weibo accounts?

I posted one sentence when I learned about his death. I said, "He was a gift from heaven to China, but we didn't know how to cherish him. So heaven has taken him back." And that was in English. It stayed online for about one hour before it disappeared. And I posted an emoji, a crying face. That got deleted, too.

It got blocked three times. The first time was in January 2013 during the Southern Weekly incident: The magazine Nanfang Zhoumo (Southern Weekly) got censored by the propaganda department in the Guangdong province, and a lot of journalists went on strike. I posted several posts to support them, and then I got silenced for two weeks.

The second time was during the Occupy Movement in Central Hong Kong in 2014. I posted something related to that, though I didn't even say I support them. Then I got silenced for one month. The third time was at the beginning of this year. I think I criticized Donald Trump. A lot of Chinese people and the Chinese authorities like Trump, and they like Putin. So I got punished again, for two months this time.

Why did you choose to become a journalist in the first place? It is a very difficult profession in China.

It has been especially difficult in the last 10 years, when all journalists have faced major difficulties. One is the market pressure and the other one is increasing censorship. But I thought I could do something - maybe influence my readers, my audience - and that I could provide alternatives to the official line.

I don't mean that I want to be a dissident, or that I want to be in conflict with the mainstream voice. I just want to use my eyes and observe, and share it. And maybe I can make my country a little bit more open and democratic. That was my dream. It is getting more and more difficult to achieve that.

The International Women's Media Foundation (IWMF) has selected you as the 2017 IWMF Elizabeth Neuffer Fellow, which entails internships at The Boston Globe and The New York Times. What does this mean to you?

It is a very great opportunity to start in the US and to practice my professional skills at The Boston Globe and The New York Times. I just hope that I can recharge myself and, one day when my country becomes more open and more transparent, I can do my part to make China a better place. At present, I am not allowed to do that and I do not have the platform.