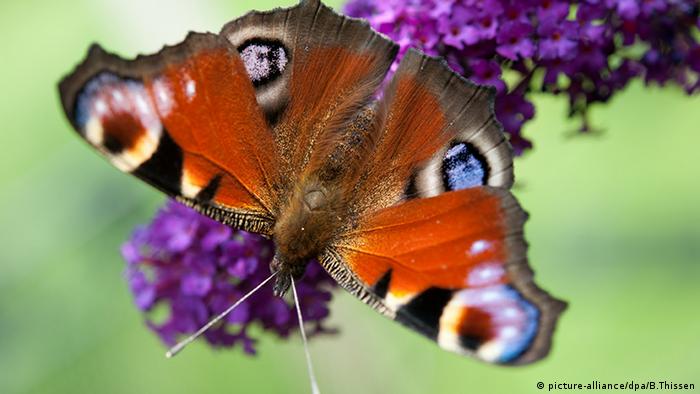 Climate change and nitrogen pollution may be behind the "dramatic drop" in the number of butterfly species in Germany over the past 200 years, according to new research.

Of the 117 butterfly species recorded in 1840 in the survey site, a protected habitat in the south-German state of Bavaria, just 71 are still found today, said the authors of the study recently published in journal "Conservation Biology."

Species requiring a specific type of habitat or food source, such as the "elegant white and ochre-spotted" hermit butterfly, are threatened with extinction in Germany. The hermit, for instance, lives in dry grasslands and will be hit even harder by changes in land use and global warming in the future, say the authors.

Those butterflies that can better adapt to new conditions, like the richly-colored peacock species, remain unaffected but "it's just a matter of time if losses are being recorded in protected habitats" said Thomas Schmitt, one of the study authors and head of the Senckenberg German Entomological Institute in Müncheberg, in a statement.

Extinction rates over the last 30 years are "particularly alarming," says the study, which identified intensification of land-use, habitat fragmentation and degradation, as well as climate change and nitrogen pollution as reasons behind the decrease.

A United Nations' study published February found that in Europe 31 percent of butterfly species were in decline, alongside other pollinators, posing a threat to world food production. Schmitt said that his team's long-term study helps to highlight the "full magnitude of the catastrophe" and recommended "urgent measures" to protect Germany's butterflies.

The myth of the monarch butterfly

Biden signs order to make US government carbon neutral by 2050