The number of refugees living in Germany has fallen for the first time in nine years, said the Interior Ministry. Some lost their protection status, while others were prevented from entering due to COVID-19 restrictions. 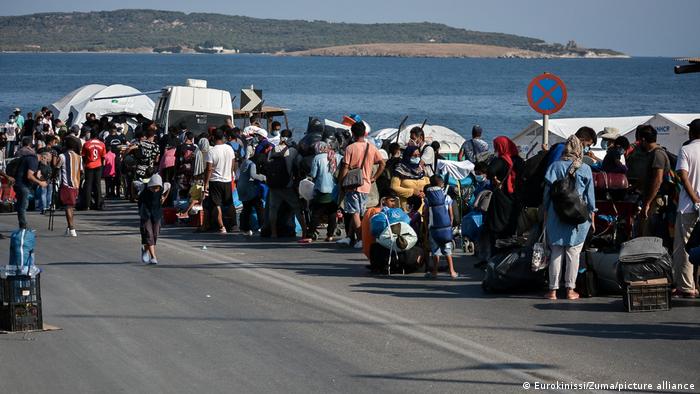 The number of refugees living in Germany has fallen for the first time in nine years, according to the Interior Ministry.

The figures emerged following an inquiry made by the socialist Left party regarding the number of migrants with secure housing and protection status.

According to the figures, there are currently around 1.31 million refugees with secure residence in Germany — around 50,000 fewer than in the previous six months.

Meanwhile, around 450,000 people are currently considered to be asylum-seekers or tolerated persons within Germany, 15,000 fewer than in the previous year.

According to the Interior Ministry, the decline was primarily because some people had their protection status revoked, withdrawn or expire. Meanwhile, travel restrictions implemented in response to the coronavirus pandemic have prevented some asylum-seekers from reaching Germany.

Ulla Jelpke, the domestic affairs spokeswoman for the Left party, heavily criticized the figures and the impact of such restrictions.

"Travel restrictions as a result of the pandemic ensure that only a few people seeking protection make it to Germany. The bottom line is that fewer — and not more — refugees live in Germany," said Jelpke.

Jelpke also called on German authorities to facilitate the intake of a larger number of migrants from European countries with external borders.

"We have space, the numbers show it. At the same time, tens of thousands of people seeking protection are stuck in the first European host countries in unworthy conditions."

German law provides for different categories of protection for refugees. The most common are asylum-seekers and refugees in Germany who are recognized according to the Geneva refugee convention.

This status is granted to anyone who can demonstrate they faced personal persecution at home because of their race, religion, nationality, political conviction or affiliation with a particular social group.

If an asylum-seeker can't demonstrate his, the person can possibly be granted asylum under subsidiary protection, which is granted to individuals facing imminent danger or threats to their life if they return to their home country.

European refugee and migration policy was again thrust into the spotlight in September,following a major fire at the Moria refugee campon the Greek island of Lesbos. The fire at the camp — initially built to host fewer than 3,000 people — left nearly 13,000 people without shelter.

Following the blaze, Germany said it planned to take in 1,553 asylum-seekers from Greek islands, as well as 150 unaccompanied minors. However, critics have said that Berlin authorities should be making greater efforts to take people in.

"Germany can and must use its humanitarian reception capacities to effectively relieve countries such as Greece or Italy," said Jelpke. "The extremely narrow-minded admission decisions of recent times do not do justice to this in any way."