Germany's Green Party has, for the first time, outperformed Angela Merkel's ruling Christian Democrats in a poll. While the Greens made major gains, larger parties took a drubbing in last weekend's European elections. 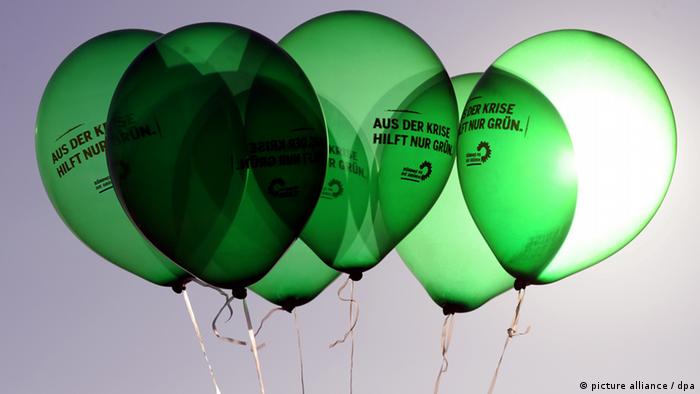 The result comes a week after the Greens emerged as the second-strongest force in the European Parliament elections with 20.1% of the vote. The CDU/CSU and its junior coalition partners, the Social Democrats (SPD), on the other hand, suffered historic losses. The CDU/CSU managed 28.9%, while the SPD took 15.8%.

In the Forsa survey, the SPD dropped by 5 percentage points to 12%, its lowest-ever score on a national level. It came just ahead of the far-right Alternative for Germany (AfD) party's 11%.

The poll, commissioned by German broadcasters RTL and n-tv, was conducted from May 27 to 31 and had 2001 participants.

Frankurt (Oder) picked a Left mayor in 2018. In the EU elections, however, the voters went the opposite direction, opting for the far-right Alternative for Germany party. Why? DW’s Marcel Fürstenau went to find out. (31.05.2019)

Angela Merkel and Emmanuel Macron are at odds over the best candidate to lead the European Commission. The German chancellor backs center-right Manfred Weber, but the French president has other ideas. (28.05.2019)

No new dawn for far right in European election