Germany′s dire record on protecting whistleblowers | Germany | News and in-depth reporting from Berlin and beyond | DW | 26.09.2014

Germany has some of the least effective protection for whistleblowers in the G20, new research has revealed. Despite good intentions in the coalition contract, the Merkel government remains apathetic. 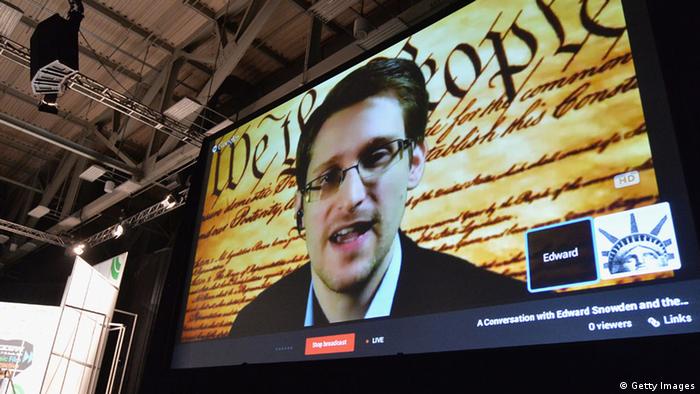 Brigitte Heinisch made legal history. Or at least she should have done. In 2000, the then 39-year-old care-worker took a job in a Berlin home run by the city-owned company Vivantes. She was confronted with horrifying conditions: chronically under-staffed, the home allowed its under-trained workers to tie residents to beds, leave them in their own feces for hours, or falsely file documents showing treatment had been carried out when it hadn't.

Heinisch filed a criminal complaint against Vivantes in 2004, and was sacked for her trouble. Her dismissal was upheld by three different courts in Germany before the battle ended up at the European Court of Human Rights, who in 2011 found that Heinisch's right to free speech had been violated. In the end, the Berlin labor court reviewed its decision and Heinisch was awarded 90,000 euros ($116,000) in compensation.

Whistleblowing activist Mark Worth deplores that "Germany has no whistleblowing law that complies with international standards."

Instead, whistleblowers have "to hope for the best in the courts, which has set subjective standards for whether a person should be protected from retaliation if he or she exposes wrongdoing." 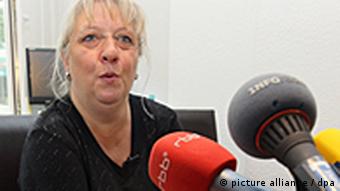 'Closer to Saudi Arabia than the US'

Worth is co-author of an international report published in early September, which showed that German whistleblowers are still among the most vulnerable in the G20. Despite broad political support for major whistleblowers like Edward Snowden, Germany's own record remains weak.

The report, which pooled researchers from Blueprint for Free Speech, Melbourne and Griffith Universities, and Transparency International Australia, made a whistleblower league table of the G20 nations according to a number of different criteria. These ranged from the legal definitions of whistleblowing, to the level of protection, to confidentiality, to transparency. In the end, Germany ended up "closer to Saudi Arabia at the bottom than the US and Australia at the top," as co-author Suelette Dreyfus, of Melbourne University, put it.

"That really surprised me," she told DW. "Being the economic powerhouse and leader of Europe, one might have expected that it would also be a leader on things like anti-corruption."

The report found that Germany has practically no legal protections for whistleblowers, apart from "a limited provision that applies to government officials who report bribery." The report also criticized the lack of any federal agency to receive or investigate disclosures, which means that whistleblower disclosures are left to labor tribunals. "Such decisions depend significantly on an employee's behavior and the potential harm a disclosure causes to the employer," the report said.

Guido Strack, chairman of the German Whistleblower Network, has campaigned against the German government's apathy for many years. "In Germany it's impossible to calculate or limit the risk [of whistleblowing] properly," he told DW. "So the most sensible thing is often to keep your mouth shut."

"Companies all say they think whistleblowing is great, but then add that they want to do it internally," said Strack. "They want to have the information for themselves and then decide, 'what are we going to do with it?' We need state controls." 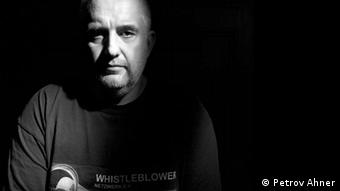 Guido Strack has long campaigned against the lack of adequate protection

More publicity - and political will

The problems could be deeper too. Strack argues that major disasters happen when whistleblowers aren't listened to, and there is no culture of independent inquiries that could change that. "At the Love Parade in Duisburg [when 21 people were crushed to death in a tunnel at the event in 2010], there were people who pointed out that it could lead to a disaster," he said. "What's missing is the examination of disasters. And we have to make legal changes that make that easier."

Publicity - or to use the jargon word, transparency - is a key issue, but little can be done without political will. The coalition contract drawn up in 2013 by the current German government - an alliance of Angela Merkel's Christian Democratic Union and the Social Democrats - does contain a promise that Germany's whistleblowing laws will be assessed to see whether they conform to international standards.

But what's happened to that pledge? At the end of August, the Green party's Bundestag MP Konstantin von Notz put in an official information request on the matter, and the government simply responded, "The assessment is not yet completed."

Notz's party is currently preparing its own law proposal, and - theoretically at least - whistleblowing legislation should be on the way. On Thursday (25.09.2014), the Bundestag finally dealt with some unfinished business and voted to ratify the United Nations anti-corruption convention UNCAC, which contains an article requiring a whistleblowing law. But how long will that take to emerge, given Germany's glacial legislative process?

Brigitte Heinisch's case shows how whistleblowing can affect ordinary lives as easily as it can - like the Snowden affair - spark international scandals. Dreyfus describes it as "a kind of crowdsourcing of best ethical behavior." "Any one of us can find ourselves in a tricky ethical situation at work, or being on the board of a local hospital or church or kindergarten, trying to grapple with what's the right thing to do," she said. "You may not need [protection legislation] now, but when you do need it, you really need it."