′Most of Europe has no whistleblower protection′ | Europe| News and current affairs from around the continent | DW | 11.07.2013

'Most of Europe has no whistleblower protection'

The case of Edward Snowden remains in the spotlight. Yet even in Europe, there's little protection for those who point out corruption, crime and wrongdoing, explains Transparency International's Mark Worth. 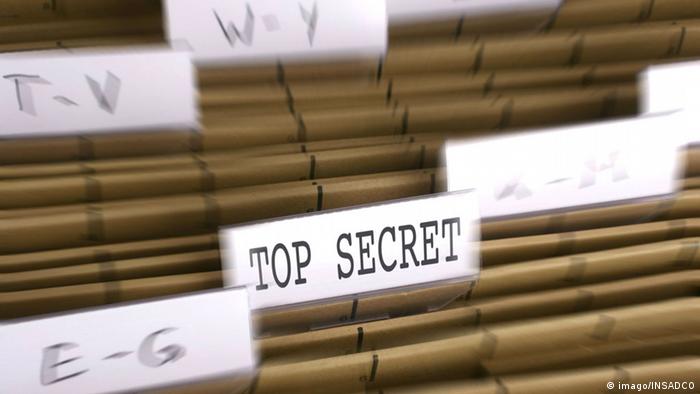 Deutsche Welle: With the current case of Edward Snowden there's a lot of attention on whistleblowing across the world with the focus on the situation in the United States. There's a lot of public sympathy for Snowden - but what's the situation for whistleblowers actually in Europe? To which extent are people employed in the public or private sector protected from retaliation or being fired if they choose to uncover corruption, misconduct or crime in the company they work for?

Mark Worth: The only country in the EU that has a strong whistleblower law and where there is a somewhat well functioning enforcement system is the UK. Britain has had a law on the books since 1998 that protects employees in the public and private and also the non-profit sectors. So if you follow the procedure to blow the whistle on wrongdoing, corruption, crime and so forth and it is in the public interest, then you'd be legally protected from being fired, demoted, harassed, or being transferred against your will. That law has been on the books since 1998.

Hungary has a similar law that protects people in the private and public sectors but there's no agency to receive the complaints and from what we've been able to determine it does not work very well in practice. But those are the only two countries in the EU that have an actual whistleblower law to protect employees. 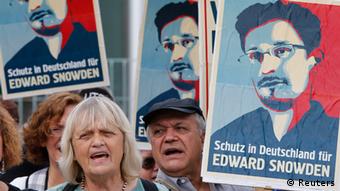 How come the legal situation is that weak?

Whistleblowing is a rather new area of law. In the US it really only goes back to the late 1970s where you have an actual whistleblower law to protect government employees from retaliation. In Europe the debate didn't start until the 1990s and it didn't start until the UK had a very serious string of disasters and scandals and accidents that could have been prevented, which led to the passage of the Public Interest Disclosure Act (PIDA) in 1998. And then there was a lull and then we had more laws proposed or passed in 2008 and 2009 - perhaps in response to the financial crisis. Citizens became more concerned about corruption, embezzlement and fraud in the financial sector and there was a lot of political turmoil resulting from that. Now, even countries like Greece and France and Slovakia, which are countries that don't have a strong tradition of whistleblowing are proposing whistleblower laws.

So there's been a huge surge in the proposing of whistleblower laws just in the last two years in Europe. And it's a combination of factors like the financial crisis, political instability, or the media realizing that whistleblowers can be valuable sources of information. Cases like Bradley Manning or Edward Snowden are drawing attention to the problem. And there's also commitment under the UN Convention against corruption. About 170 countries are signatories to that UN Convention, which actually has a provision there for whistleblowing. Also, the OECD has been very active in promoting whistleblower rights and so has the Council of Europe been.

As of right now in Europe, I would categorize the situation as being not very good at all in terms of what's on the books. Only the UK really has this reliable law - and even that law has been criticized by certain people.

Why is it that there seems to be a different approach in different EU member states? What about legal and cultural traditions?

In many counties there's just not a culture of whistleblowing and there's a lot of historic baggage from authoritarian regimes. So if you just tell on anybody even if you're just trying to help, you're quickly called a traitor, or a snitch, informer, or denunciator. A lot of these terms are still being kicked around. There are a lot of primitive viewpoints on whistleblowing and we need to do a tremendous amount of public education, education of members of parliament and the media to present whistleblowers as who they are - people who care about the world and who want to expose problems that can save lives, money, the environment - and to help to protect the rule of law. People who do the right things for the right reasons.

In the former East Germany, we're talking about a system that ended just 24 years ago. So we're not talking about grandparents, but rather about people who are still relatively young and who remember that they themselves were spied upon by their neighbors, friends and colleagues. 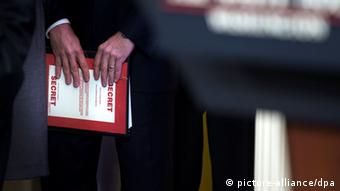 In many Europeans countries, it's their authoritarian past that gives whistleblowing a bad name

The whole sense of that is so fresh in the minds of people and countries formerly in the Soviet sphere, countries that had fascist regimes. Anything associated with telling on somebody is perceived very negatively - even if it's to help. That distinction has not been fully made in the minds of many people in Europe. So what we've found is that these stereotypes are so strong that it might take two, three or four generations for these images and memories to fade so that whistleblowers can receive the protection and recognition they deserve.

The United States of course has a different history; the US didn't have to got through that. And there is a connection between the political history and how whistleblowers are perceived in the media and in the public.

To which extent is Brussels tackling this problem on an EU-wide level?

That's what we're pushing for. The Council of Europe has some committees that have put out recommendations for whistleblower laws. These recommendations look very strong but whether that will lead to an EU directive or regulation remains to be seen. Certainly, Transparency International will be calling for at least a public consultation at the EU to see what would be the most appropriate legal mechanism to have an EU wide whistleblower standard.

If you look at what's happened in the past five years, I would say that a standard or regulation in some time would be inevitable for the European Union. So we want to encourage the EU to start a public consultation, start a debate, figure out the best legal instruments to have a directive or regulation. It should be based on the current international prevailing standards which have been put to the test by several countries that have had whistleblower laws in practice for 10, 20 or 30 years.

The EU and the various EU countries just have to get the political will to do what we think is inevitable. And every day that we wait - we have whistleblower retaliated against, we have scandals that go unreported, we have environmental damage that goes unaddressed.

When you try pushing EU or member states, are they keen on cooperation or rather hesitant to pick up your suggestions?

The EU wants to lead the World on Human Rights, on citizen participation, on access to information. If you look at the European charter on fundamental rights, the ideal set out in this charter has three elements that are included in a whistleblowing law. Freedom of expression, freedom against unfair firing, access to remedies. So that's a whistleblower law. If the EU wants to uphold standards that are included in the fundamental rights, it should have a whistleblower law, regulation or directive based on its own standards. And I am very surprised how few EU countries have the political will to pass such law. Many political leaders in the EU have made promises, set up committees, working groups, study groups to look into whistleblower laws and then nothing happens.

The fact remains that whistleblowing is a proven mechanism to fight crime, expose corruption and wrongdoing. There is absolutely no reason that you should be retaliated against for doing the right thing. That doesn't make sense on any level.

In Germany, the governing center-right coalition under Chancellor Merkel voted last month not to hear any proposals on whistleblowing. There were requests put forward by the Greens, the Left party and the Social Democrats in the last couple of years. So Germany is not good on whistleblower rights, there's no whistleblower provision. There's a case where the European Court of Human Rights ruled a few years back that retaliating against a whistleblower can be a human rights violation, violating a person's freedom of speech.

In Berlin, a nurse was fired for exposing poor treatment of the elderly in a nursing home which was majority-owned by the city of Berlin. She was fired and several layers of German courts ruled against her. Germany has a provision in one of the civil laws that a person can be fired if it is socially justified - well, what does that mean and how does someone determine whether it's socially justifiable? So Germany's record at least in the last years has not been good.

Turning our attention back to those countries that do have a law in place - does it work?

Absolutely. People are coming forward. The main reason people don't blow the whistle is fear of retaliation and fear that nothing will happen as a result of what they tell. So if we knock down those two barriers, a lot more people will come forward. There is enough evidence showing that once you have a good whistleblower law on the books, people will use it.

I think that in Europe there really is a lot of lost opportunity and lost value. We're still in the middle of the financial downturn. I think that in order for citizens to feel fully engaged in their community, they should be given the right to be protected and I wouldn't feel like the government fully trusted me if they didn't give me whistleblower protection.

If Europe wants to be a beacon of human rights, justice and citizen participation, this is a great opportunity for EU countries to do that. The value of whistleblowing needs to be more embraced by the European Union and by EU countries and the concerns presented by the EU's political leaders just do not hold water and there really is no reason why we can't move ahead. They should look at the UK and those countries that are stepping up to fix the problem and learn from their experience.

Mark Worth is programme coordinator focusing on whistleblower protection at Transparency International in Berlin.

Whistleblower and former NSA contractor Edward Snowden has said there are close ties between German and US intelligence authorities. Such secret cooperation has been going on for decades, experts say. (08.07.2013)

German Interior Minister Hans-Peter Friedrich wants to talk about US spy programs when he visits Washington, while the opposition has accused the German government of doing too little to get an explanation. (06.07.2013)

'The EU should grant Snowden the right to stay'

Should Europe be doing more to protect whistleblowers like Edward Snowden? Christian Mihr, executive director of Reporters without Borders, told DW that he certainly thinks so. (04.07.2013)