Germany’s foreign minister has reiterated calls for the EU to free itself from dependence on the US and adopting its own international payments channel is one way of doing that. But is he barking up the wrong money tree? 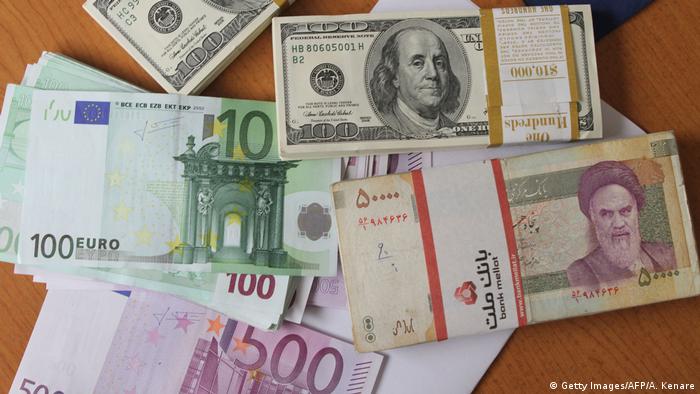 Work on creating a European payment system independent of the dominant existing international system SWIFT has already begun, Germany's Foreign Minister Heiko Maas said at the opening of an ambassadors' conference at the foreign ministry in Berlin on Monday.

"We must increase Europe's autonomy and sovereignty in trade, economic and financial policies," he said. "It will not be easy, but we have already begun to do it."

Christopher Bovis, professor of international business law at the University of Hull in the UK, said that this was already happening. "The European Commission has been developing a system, a parallel system to SWIFT which will allow Iran to interface with European financial systems, European clearing systems, using the nominations supported and created by the European Investment Bank based on the euro," he told DW. 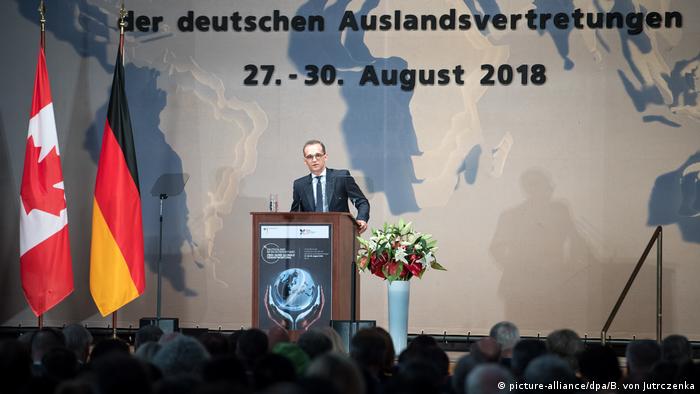 In his address to the German ambassadors, Foreign Minister Heiko Maas revealed that the EU was working on proposals for alternative payment channels to SWIFT, under efforsts to save the Iran nuclear deal after Washington withdrew from it.

In May 2018, US President Donald Trump fulfilled an election campaign pledge to pull out of the 2015 deal that asks Iran to relinquish its nuclear enrichment program in exchange for freedom from sanctions.

Europe is one of Iran's top oil destinations and wants the nuclear deal to be retained and to continue buying Iranian crude.

Maas' comments follow a piece he wrote for the daily Handelsblatt last week on Germany's future strategy toward the US.

"It is high time to re-evaluate our partnership … Europeans must become a mainstay of the international order, a partner for all who are committed to this order," Maas wrote.

German Chancellor Angela Merkel backed Maas's call for unity and for a stronger role for the EU, but also expressed caution on plans to find a European alternative to SWIFT. Merkel acknowledged that US sanctions towards Iran had caused problems with regards to SWIFT, but added that "at the same time, we know that the SWIFT agreement is extremely important, especially on questions of terrorism financing." 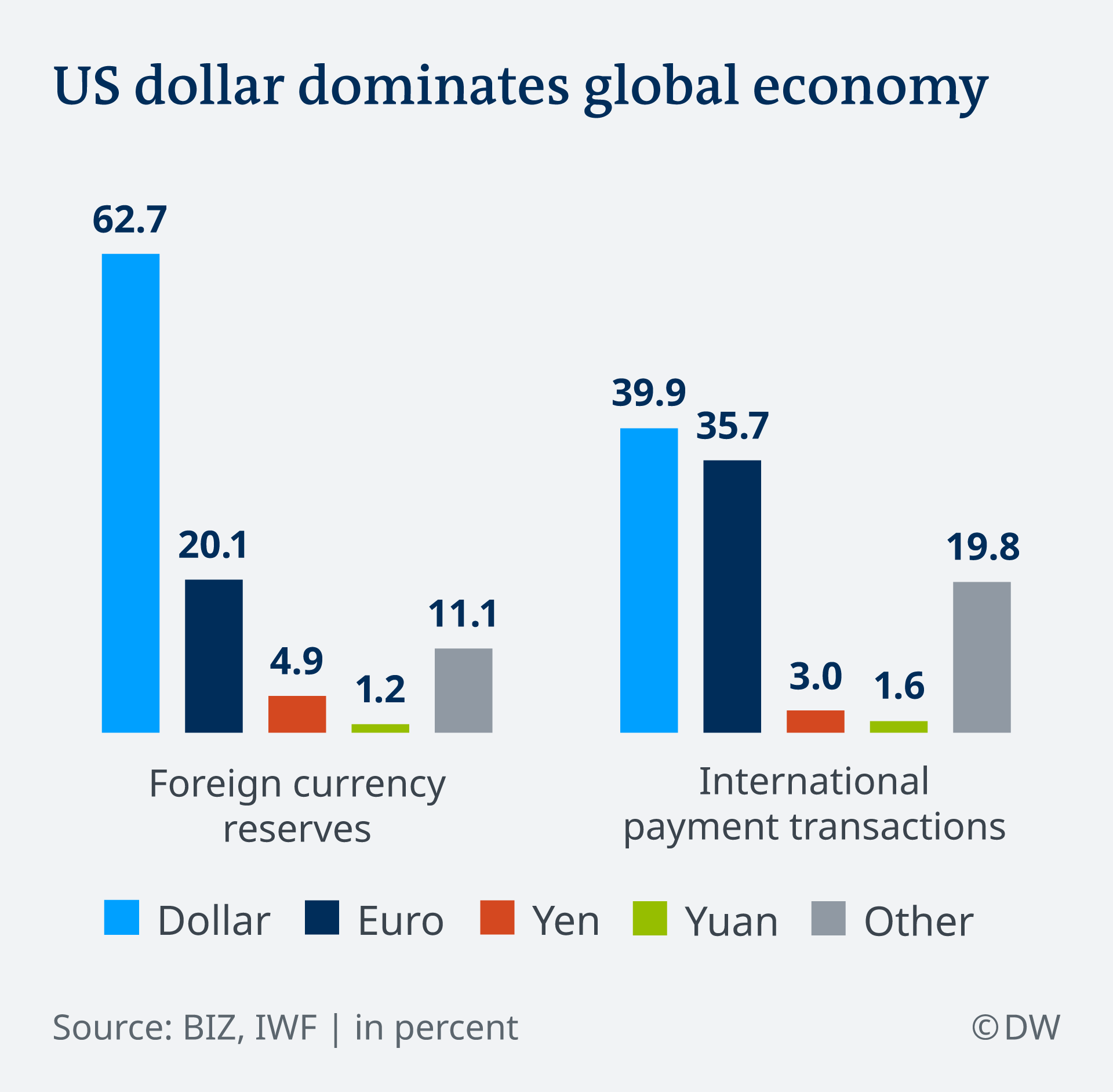 The Society for Worldwide Interbank Financial Telecommunication (SWIFT) is connected to over 10,000 banks, and every second major cross-border transfer goes through its messages.

Based in Belgium, SWIFT claims political neutrality, but has bowed to US influence in the past, blocking transactions to Cuba and Iran. In the wake of the terrorist attacks of September 11, 2001, the Treasury Department used SWIFT data to gain insight into terrorist financing and protect EU citizens and their data.

Unless it wins an exemption from sanctions, SWIFT will be required by the US to cut off targeted Iranian banks from its network by November 4 or face countermeasures against both its board members and the financial institutions that employ them.

Several European companies have already withdrawn from the country over fears of being subjected to US sanctions. French energy conglomerate Total pulled out from a partnership on the South Pars Iranian gas project after pressure from the US government.

Other European companies including Maersk and Peugeot have also withdrawn in recent weeks.

Some see the new development potentially opening possibilities for the crypto-currency market. The Iranian government this year did in fact switch to digital assets — despite previous attempts by Tehran itself to ban crypto trading — so it can trade with allied countries.

Mohammad Reza Pourebrahimi, Iran's Parliamentary Commission of Economic Affairs head, said Russia had agreed to use decentralized financial networks such as cryptocurrencies to transact with Iran.

But more old school methods are likely to prevail.

"The current issues with Iranian financial institutions accessing SWIFT is not a new development of economic diplomacy malfunctioning. Disputes between the USA administration and SWIFT arose in 2006 and 2012 respectively, with their resolutions not being satisfactory for both parties," Bovis went on.

"It is also highly likely that the EU will develop a system which mirrors the SWIFT functions but without the interference of the US administration," Bovis said.

"The Deutsche Börse owns and controls international central securities depositories such as Euroclear and Clearstream. SWIFT does not have a monopoly in international intra-banking transactions. The EU has legal and regulatory powers to combine asset and cash swapping and clearing houses and create a parallel system to SWIFT in order to accommodate transactions of Iranian financial institutions in the light of the recent agreement between Iran and the major western economies, including Russia, after the withdrawal of the current USA administration. This parallel system of financial infrastructure represents a type of financial utility which could be linked to the European Investment Bank and provide denominated credit facilities in euros," Bovis added.

Academics Esfandyar Batmanghelidj and Axel Hellman have argued, for example, that during a previous Iranian SWIFT ban in 2012-16, several European banks were able to maintain their relationships with Iranian financial institutions by using "ad hoc messaging systems" and this could be revived.

The two academics posit a rise in the use of so-called gateway banks — which have access to the ECB's value payments system, Target2, and limited exposure to the US financial system — which would conduct euro transactions on behalf of buyers and sellers of Iranian oil. Instead of using SWIFT bank identifier codes to indicate account number, Batmanghelidj and Hellman point to the possibility of using IBAN numbers, a different international standard.

But some believe the real problems go far deeper than technology and logistics issues.

"At the moment, we are head-on on a collision course between the two continents, between the two economic systems. And the utilization of the financial regulatory environment including SWIFT, including payment and clearing system is used to promote the economic and diplomatic goals of the US. And the EU is responding quite successfully," Bovis said.

German banks including the Bundesbank do business in the US and are dependent on access to US markets for refinancing.

Thorsten Benner, director of Berlin-based think tank Global Public Policy Institute told DW, that the US would "for sure seek to divide and pressure the EU" on this. "The EU developing an independent system making it immune from US sanctions, very much threatens key US interests in the perception of the Trump administration."

Furthermore, SWIFT's board is made up of 25 of the world's largest banks, including representatives from two US banks — Citigroup's Yawar Shah and J.P Morgan's Emma Loftus — which makes it unlikely Trump would ban any of the two US SWIFT banks from doing business.

"This will be a process that is highly unlikely to produce results in time to counteract US Iran sanctions. It´s a challenging if not impossible medium-term project," Benner believes. "For salvaging Iran deal, the EU will have to rely on China."

China can keep Iran afloat with increasing crude purchases and making sure that crude exports don't fall prey to US sanctions.

"China has the necessary independent system for this if it so chooses to use it," Benner said, adding that there was a certain irony in the fact that SWIFT was based in Europe — the yery same continent that was now forced to create an alternative system to it.

"But that's the direct effect of the US weaponization of interdependence and choke points such as SWIFT. The EU played along as long as it was in its interest and now it's biting back as secondary sanctions target EU and its key foreign policy interests," Benner concluded.

Berlin is under increasing pressure to pull the plug on Nord Stream 2, the planned gas pipeline that would link Russia and Germany below the Baltic Sea. Here is what you need to know about the massive project. (14.07.2018)

Allianz, Adidas, Deutsche Post, Deutsche Telekom, Siemens and Axel Springer are all keen to accelerate Germany's vaccination program by using their own medical staff, according to a German media report.

The coronavirus pandemic has thrown up all sorts of problems and challenges. Controlling a rodent infestation may not be top of the agenda, but it’s becoming a, er, gnawing issue in the UK.