Siemens turns its back on Iran

German engineering conglomerate Siemens has announced it's drastically scaling back its business operations in Iran. It's yet another German company to cave in after the United States reimposed sanctions on Tehran. 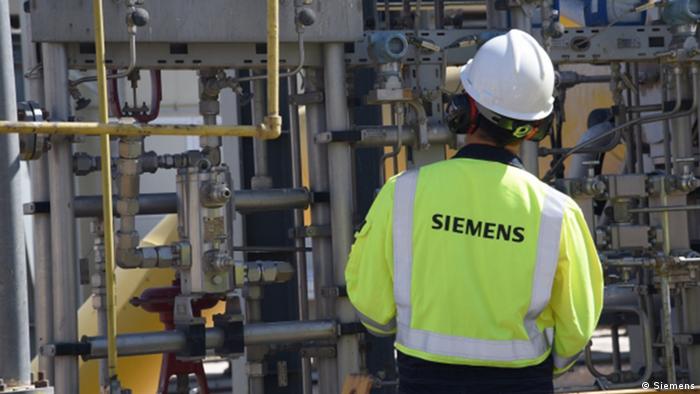 German industrial manufacturing giant Siemens said it was scaling back its Iran business after the reimposition of economic sanctions by the United States.

The Munich-based company explained it would take appropriate steps "to bring business activities in Iran in line with the changing multilateral situation."

Siemens said it would continue to ensure compliance with all export restrictions and regulations "including US secondary sanctions."

US President Donald Trump had slapped fresh punitive measures on Iran in early August after pulling out of the nuclear deal negotiated under his predecessor, Barack Obama. Trump accuses Tehran of financing terrorism.

The US Embassy in Germany welcomed the news in a post on Twitter, pointing out that Siemens was not the only German company to leave Iran.

In a separate news release Friday, Siemens said a report by monthly Manager Magazin that it might cut 20,000 jobs as part of its Vision 2020+ strategy was "completely unfounded."

"We do not follow the reasoning behind the figures named in the article," the company said. "No statements of this kind were made."

The report came after Siemens unveiled its new strategy, which sees its five industrial divisions combined into three operating firms to simplify the trains-to-turbines company and make its structure leaner.

German authorities have started investigating an Iranian government plan to fly out hundreds of millions of euros from Hamburg to Tehran. German lawmakers have accused the US of "improperly exerting pressure" on Berlin. (10.07.2018)