Germany's foreign minister has urged Russia to finalize a ceasefire in Syria with the US. Chancellor Angela Merkel also addressed the situation in Syria with President Vladimir Putin at the sidelines of the G-20 meeting. 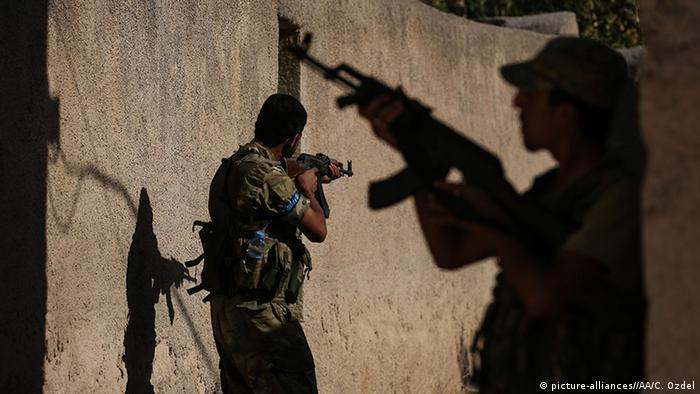 Speaking on a visit to Oslo, Steinmeier stressed the urgency of delivering humanitarian aid to Syrians under siege in Aleppo.

Steinmeier told reporters that a ceasefire in Aleppo was a prerequisite for the Syrian opposition to agree to return to negotiations.

"The US has made its offer. Russia can now show that it is genuinely interested in seeing an end to the fighting in Syria," Steinmeier told the Funke Mediengruppe, a German newspaper group, in an interview to be published on Monday.

"Moscow knows, like everyone else, that there is no military solution for the conflict in Syria," he added, highlighting that ending the fighting was not solely dependant on Moscow, but also on "other players inside and outside Syria who just want to keep fighting." 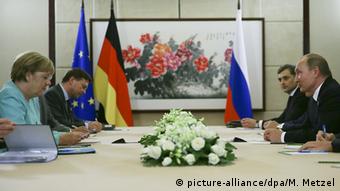 Merkel also spoke with Putin about the situation in Ukraine

The two leaders also spoke about the situation in eastern Ukraine. A ceasefire agreement between pro-Russian separatists and Kyiv government troops was signed in Minsk in February 2015, but many of its points have not yet been implemented and the ceasefire remains fragile.

It was the first meeting between Merkel and Putin in several months.

Relations between the two countries have been strained since the conflict began with Russia's annexation of the Crimean Peninsula in 2014.

The leaders of the world's most important nations are in China this weekend for the annual G20 meeting. Among the hopes for this year's summit: New China-US joint commitments to fight climate change could be on the menu. (02.09.2016)