Germany to take in 5,000 further refugees from Syria

Germany has said it will take on a further 5,000 refugees escaping the almost three-year conflict in Syria. The new figure doubles the number of Syrians now offered refuge in the country. 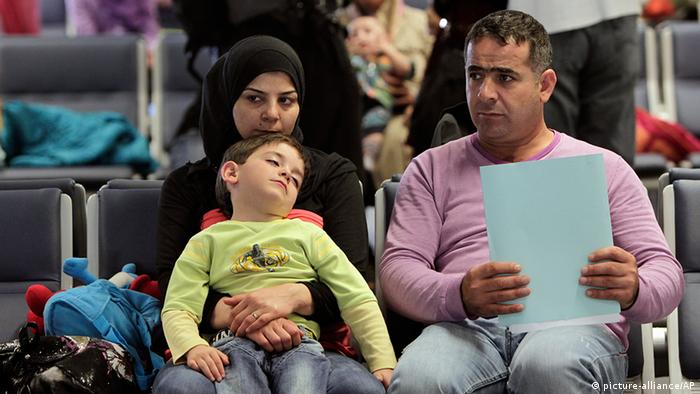 Germany announced its intention to offer shelter to 5,000 additional Syrian refugees on Friday, as its annual autumn meeting of the nation's 16 state interior ministers in Osnabrück, Lower Saxony came to a close.

"Millions of people have been forced to flee Syria as a result of the civil war," said Boris Pistorius, interior minister for the state of Lower Saxony.

"We mustn't simply avert our eyes. Instead, we should show solidarity in the face of this humanitarian crisis by offering an amount of aid that corresponds to the actual capacity of individual EU member states," a statement quoted him as saying.

Germany's state interior ministers, who share responsibility for housing refugees, have already pledged to accommodate 5,000 refugees from the war-torn country. The initial figure, announced earlier this year, was criticized by rights groups and opposition politicians who argued it was not adequate in the face of Syria's humanitarian crisis.

Last month German President Joachim Gauck visited the Friedland transit camp outside the northern city of Göttingen, the initial base for the first tranche of refugees arriving in the country, where he said Germany had the capacity to "do more."

Millions of Syrians have fled their homes since the uprising against President Bashar al-Assad erupted in March 2011. Hundreds of thousands have fled to neighboring Lebanon, Jordan and Turkey, which are struggling to cope with the large influx of people.

Around 1,000 refugees have already arrived in Germany as part of the government's official resettlement program. But according to the German Interior Ministry roughly 24,000 more have made their way to the country independently, many entering illegally.

German refugee policy a mix of integration and exclusion

According to the coalition agreement, German conservative Christian parties and the Social Democrats want to improve refugees' lives in Germany, but aid organizations and the opposition are skeptical. (29.11.2013)