German refugee policy a mix of integration and exclusion | Germany | News and in-depth reporting from Berlin and beyond | DW | 29.11.2013

German refugee policy a mix of integration and exclusion

According to the coalition agreement, German conservative Christian parties and the Social Democrats want to improve refugees' lives in Germany, but aid organizations and the opposition are skeptical. 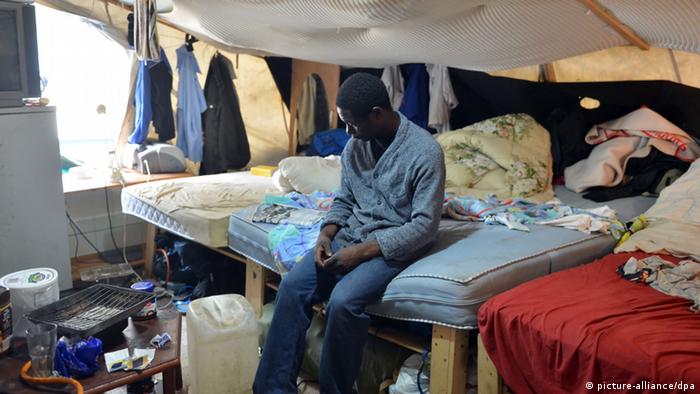 "Germany is an open-minded country" is the headline of one of the chapters of the coalition agreement between CDU, CSU and the SPD. The chapter is about immigration and integration. But does this open-mindedness also apply for people who come to Germany to escape war, persecution and poverty? Only one of the 185 pages of the coalition agreement is about asylum and refugee policy. Most of the readjustments deal with refugees who are already in Germany.

In the last few months, refugees have often protested against their situation in Germany. Asylum seekers camped for weeks in public places and some of them even started a hunger strike. They demanded permanent residence status or just wanted to draw attention to their plight in Germany. 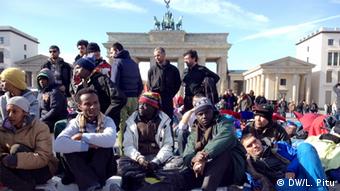 Refugees have protested their situation in Germany

Refugees will barely benefit from the planned legal amendments, according to Friedo Pflüger from the Jesuit Refugee Service. "The basic demands, which those people went on hunger strike for, were not addressed," he said.

The residence requirement, which does not allow refugees to move around freely in Germany, will be relaxed but not eliminated. Refugees will soon be able to move around in the entire state, not just in the part they are registered. Even the practice that refugees are not being paid, but receive vouchers for food and other essentials will not be abolished.

A new right to stay?

The most important change affects the refugees who have already lived in Germany for some time and were only granted a temporary right to stay. In the future, they will be allowed to stay indefinitely - regardless of when exactly they arrived in Germany. Pflüger hopes that "the current practice of extending the temporary right to stay again and again - often lasting 15 to 20 years, are over."

Asylum seekers should be allowed to work three months after their arrival in Germany, according to the coalition agreement. But Pflüger is skeptical that it will help many refugees.

"It sounds good that people can start work faster than in the past," he says. "But the regulation that Germans or citizens of the European Union are given priority in terms of employment remains intact."

This provision, he said, will make it impossible for asylum seekers to find work in certain regions. 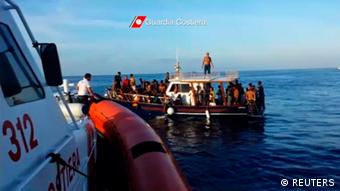 Refugee experts also criticize the coalition's plans on the handling of refugees who have not yet got to Germany. Franziska Keller, member of the EU parliament for the Green party, criticizes that Serbia, Macedonia and Bosnia and Herzegovina will now be classified as so-called "safe countries of origin" and therefore refugees from these countries will not be able to get asylum in Germany.

"This does not at all fulfil the right for asylum in Europe," said Franziska Keller. She worries that regulation is aimed at avoiding refugees of the Roma minority. German cities already complain that Roma from Bulgaria and Rumania are a burden for them. "You always have to see the individual situation instead of declaring that 'certain countries are safe now'," she said. 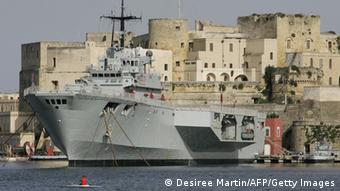 The representative of the Greens also criticizes that the European border agency Frontex will in future also be responsible for rescuing people who are in distress at the Mediterranean Sea. "Frontex's job is to organize migration control. If we really want to rescue people, we have to create legal ways to get into Europe. But there is no mention of that in the coalition agreement," she said.

Pflüger also criticizes that there are no safe ways to get into Europe. "This would be very important. Especially if we realize that people from Syria and elsewhere still cross the Mediterranean Sea to get to Europe. And many of these people will drown," he said.