EU leaders are expected to present the proposed embargo later this week. Supporting the measure would be Germany's second turnaround in as many weeks with regards to Ukraine. 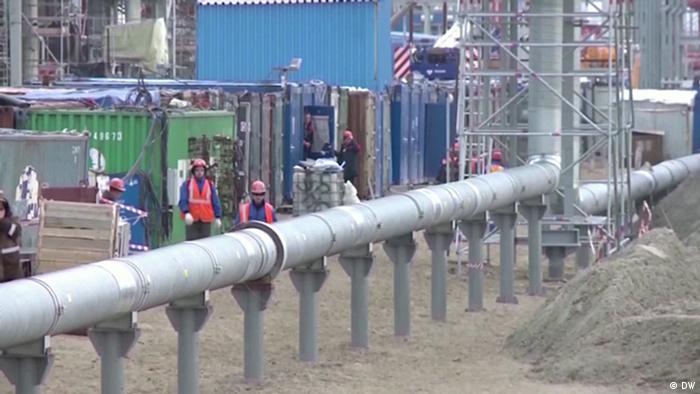 The European Union is planning a new raft of sanctions against Russia, Brussels insiders told reporters on Sunday. These new penalties are likely to include a bloc-wide embargo of Russian oil.

This measure has for weeks been seen as key to truly crippling the coffers of Russian President Vladimir Putin's war machine, but it has been stymied by foot-dragging from several EU member states — including Germany.

But now, government sources have told German news agency dpa that the administration of Chancellor Olaf Scholz is finally ready to throw its support behind the oil ban.

Challenges of sanctioning oligarchs in Germany

The about-face would be Scholz's second in as many weeks, after Germany announced that it would send tanks to Ukraine following more than a month of declining to do so amid international pressure.

According to Economy Minister Robert Habeck, Germany has managed to reduce its dependence on Russian oil by a huge margin in just eight weeks. Before Russia's invasion of Ukraine began in late February, Germany relied on Russia for 35% of its energy needs. Now, Habeck said, that has dropped to just 12%.

Should Berlin reverse course, that leaves Italy, Austria, Hungary, Slovakia, Spain and Greece as the holdouts who have yet to publicly support an embargo. Of these, Hungary is seen as the most likely to maintain a strong opposition.

Although the EU had already agreed to stop importing Russian coal, countries that border Ukraine or Russia, like Poland and the Baltic States, have been calling for an oil ban as well.

The oil embargo is likely to be put on the table on Wednesday during an ambassadors summit in Brussels, according to French news agency AFP.

When it comes to the war in Ukraine, Chancellor Olaf Scholz has insisted that Germany is "doing everything" possible. And yet the gap between his words and actions suggests otherwise, DW's Cristina Burack writes.