Germany's car industry association says billions will be spent on electromobility over the next three years to cement the future of the auto sector. Domestic car production is, however, expected to fall this year. 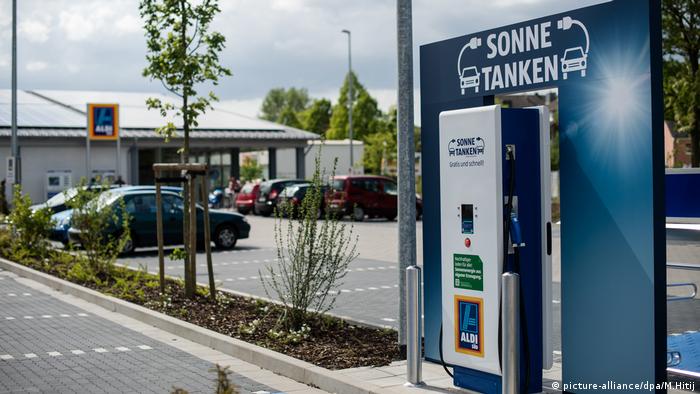 Germany's automotive industry is planning an aggressive investment in electric and autonomous cars, along with digitization, the president of the Verband der Automobilindustrie (VDA) car industry association said on Saturday.

In a statement ahead of the opening of the Geneva Motor Show next week, Bernhard Mattes said more than €40 billion ($45.5 billion) will be spent over the next three years on e-mobility, and another €18 billion has been earmarked for digitization, alongside connected and autonomous driving.

Over the same period, German car makers plan to triple the number of electric and hybrid models to about 100.

Mattes said that without the move away from the combustion engine, the European Union's 2030 carbon dioxide (CO2) emission reduction targets will not be met. To achieve them, he said,  the appropriate regulatory conditions must be met.

The VDA boss said Germany along with a few other large EU states would need to achieve a significantly higher proportion of new electric car registrations than the EU average to help meet the goal. He said a massive expansion of the charging infrastructure was also critical, along with better incentives for buyers of e-cars.

The VDA expects domestic car production to fall significantly this year, partly as a result of a slowing economy along with the lingering possibility of new US tariffs on foreign automakers. Around 4.8 million passenger vehicles are expected to roll off the production line at German plants, about 5 percent fewer than last year. 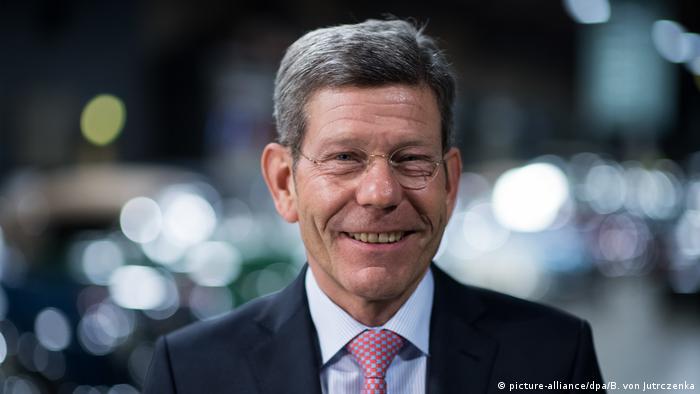 Foreign assembly, on the other hand, is expected to increase by 3 percent to 11.6 million cars, with the construction and expansion of plants in the USA, Mexico, and China.

Despite the drop in production at home, domestic employment in the auto sector should remain stable in 2019. Last year, the average number of employees in Germany increased by 14,400 to 834,400. "This is the highest level of employment since reunification," the VDA president said.

The association expects the European and Chinese car markets to remain stable, and forecasts only a slight decline in US demand, with the proviso that trade and economic tensions are resolved constructively.

According to Mattes, a hard Brexit — where Britain leaves the EU without a deal — must be avoided at all costs. He said a no-deal scenario would have serious consequences and pose considerable risks for businesses and workers in the EU's remaining 27 member states. Great Britain is Germany's largest car export partner by unit numbers. In 2018, new car exports from Germany to the UK fell by 13 percent to 666,000 vehicles.

Examine it! The Audi e-tron

Commenting on a US Commerce Department proposal to impose import duties on foreign vehicles, Mattes urged Brussels and Washington to "do everything in their power to achieve a constructive solution at the negotiating table".

The downturn in the US car market is already being felt by German manufacturers. Volkswagen, Audi and Daimler's Mercedes-Benz USA units have reported declining unit sales in February. Only BMW maintained its order book.

US President Donald Trump has three months to decide whether to impose a 25 percent tariff on vehicles imported from abroad after government officials apparently argued that the dominance of foreign auto players is a threat to national security.

The Geneva International Motor Show, where manufacturers showcase their latest models and concepts, runs from March 7 to 17, with media previews beginning on Monday.

Donald Trump doesn't want to see any more BMWs or Mercedes on Fifth Avenue in New York. To that end, he has made different, partly contradictory threats and offers in the trade conflict with the EU. Will it work for him? (18.02.2019)

Porsche fans in the United Kingdom might have to spend more to buy a car from the German company if a no-deal Brexit happens. London and Brussels have until March 29 to strike an agreement. (17.02.2019)