Donald Trump doesn't want to see any more BMWs or Mercedes on Fifth Avenue in New York. To that end, he has made different, partly contradictory threats and offers in the trade conflict with the EU. Will it work for him? 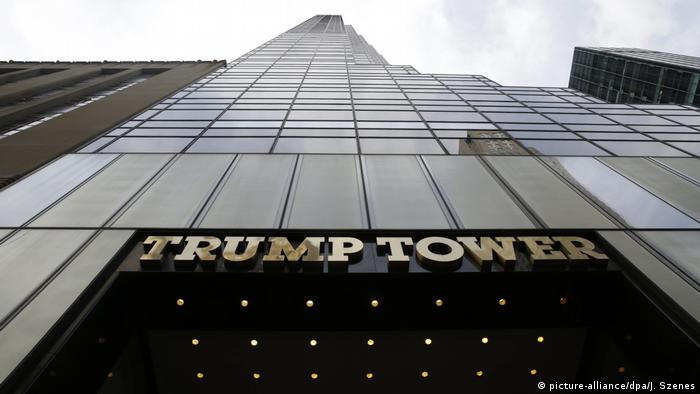 New York City's Fifth Avenue is known the world over for luxury brands for the rich and the famous, among them the latest high-end vehicles of BMW and Mercedes. But if President Trump has his way, the popular German cars soon won't be driving down the famous avenue anymore.

It all started during Trump's election campaign in 2015 and 2016. Back then, he promised to strengthen the domestic economy by creating jobs and boosting local production. The importation of foreign goods, particularly German luxury cars, has been a thorn in his side ever since. Seeing those cars drive by Trump Tower, which is located on Fifth Avenue, was apparently the epitome of everything he does not want.

Looking for evidence? In April 2018, Trump reportedly told French President Emmanuel Macron that he will continue the trade war until the day comes when no more Mercedes Benz or BMWs drive by on Fifth Avenue. So how exactly does he intend to achieve his goal?

Scenario 1: A 25 percent tariff on cars from the EU

When EU carmakers suddenly have to pay between 20 and 25 percent on cars they intend to sell in the US, new Mercedes and BMWs will soon vanish from 5th Avenue. That's what Trump must have had in mind when he threatened to impose those tariffs last month.

At first glance this looks logical, says automobile analyst Efraim Levy. "That would raise prices for consumers, and it also puts jobs at risk as well as the volume," he told DW. "Because when the price rises for the consumer, they are going to buy fewer vehicles. That will pinch the profit of automakers throughout the world."

But does that mean BMW and Mercedes owners would switch to US brands? "For 20 years I've always been using Mercedes Benz," a Benz-fan in Manhattan said. He'd pay more if push comes to shove. Similarly, a young BMW owner on 5th Avenue said he would remain faithful to his brand. "I wouldn't consider buying an American car because I don't really like them," he said. He'd rather buy a cheaper model of a German car.

In summary, Trump's threats hitherto haven't swayed customers. Mercedes and BMW's stable sales figures in the US confirm this sentiment. "I think a lot of people are just waiting until it actually happens," analyst Levy said. "If you've seen Trump's negotiation tactics, he threatens big time and then comes way back to the middle or less." So even if he follows though with his threat, he won't get rid of all the BMWs and Mercedes on Fifth Avenue. 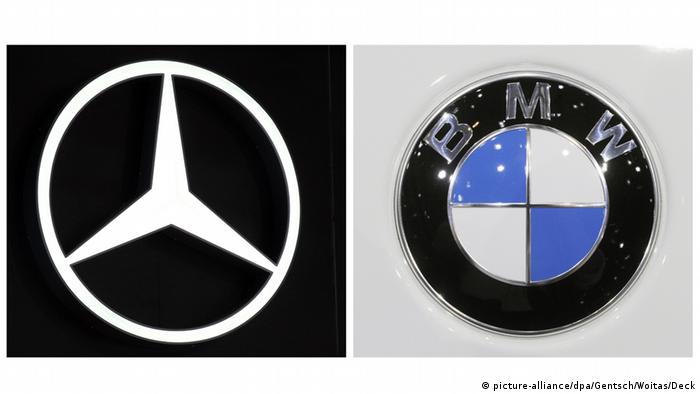 Will these iconic brands disappear from American streets and highways?

Scenario 2: No car tariffs between the US and the EU

It sounds like the complete opposite of Trump's prior threat. Even if this, for one thing, looks like the better option for the EU compared to scenario 1, the US still wins out in this instance.

Thus far, the US has had to pay a 10 percent tariff on car imports from the EU, whereas cars exported from the EU to the US only incur a 2.5 percent import tariff. So what would such a zero customs treaty mean? American cars could become 10 percent cheaper in the EU. But does that mean Europeans would buy cars from the US en masse? Probably not. At the same time, the EU can put Mercedes and BMWs on Fifth Avenue for free.

But exactly how big of an incentive is the deal for the EU? One thing Trump shouldn't forget is that the majority of German cars designated for the US market are made in the US already. Therefore, they do exactly what Trump actually wants: create jobs. BMW's largest factory is located in South Carolina; Mercedes employs 24,000 people directly and a further 150,000 indirectly through its supply chain.

Moreover, many German cars made in the US don't even stay there. BMW, for instance, exports more than 70 percent of its annual US output to other countries. One of the biggest buyers is — surprise, surprise — China, the country with which Trump has escalted trade tensions to the brink of a trade war.Counter tariffs from China thus also affect European carmakers, despite the absence of a trade conflict between the EU and China.

German carmakers in the US could draw two conclusions out of this situation. For one, they leave cars produced in the US on-site. That would mean more BMWs and Mercedes on 5th Avenue. Alternatively, they could manufacture for the Chinese market directly in China, a move that would kill thousands of US jobs.

So, no matter what Trump does, he won't get rid of BMWs and Mercedes from Fifth Avenue. After all, they're just as big a part of the famous street as Trump Tower.

Richard Grenell is said to have met the heads of Daimler, BMW and Volkswagen in the US Embassy in Berlin. They reportedly "liked" what he had to say about solving the dispute over European car imports into the US. (05.07.2018)

Car Import Ban: Will US citizens lose out?