Richard Grenell is said to have met the heads of Daimler, BMW and Volkswagen in the US Embassy in Berlin. They reportedly "liked" what he had to say about solving the dispute over European car imports into the US. 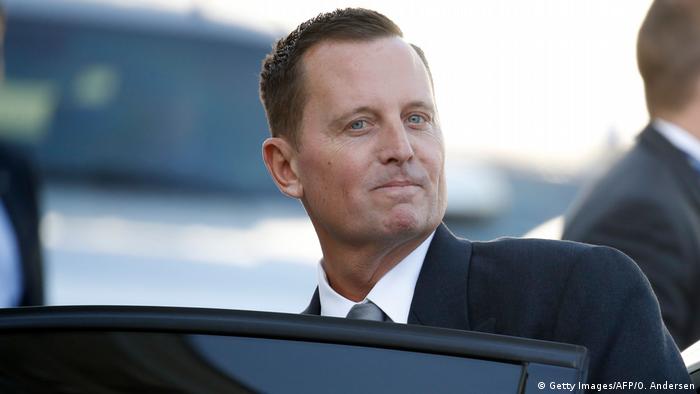 The US ambassador to Germany reportedly told German car executives on Wednesday that Washington would agree to solve an auto trade dispute with Brussels if both the European Union and the United States abolished their tariffs on each other's cars.

German business daily Handelsblatt reported that the chief executives of Daimler, Dieter Zetsche; BMW, Harald Krüger; and Volkswagen, Herbert Diess "liked" the offer described by US Ambassador Richard Grenell during the secret meeting at the US Embassy, citing anonymous sources who were present.

Asked about the meeting at a news conference with Britain's PM Theresa May German Chancellor Angela Merkel on Thursday said that she "would be ready to support negotiations on reducing tariffs but we would not be able to do this only with the US" but that tariffs had to be "negotiated with all the countries we trade with in the automotive sector."

US President Donald Trump has complained about he describes as a "big imbalance" in US-EU auto trade and threatened to impose a 20-percent tariff on all EU-assembled cars in June.

The US president triggered a Commerce Department investigation into auto imports in late May. The probe could allow the US to start taxing EU car and auto part imports if the department determines that they harm US national security.

Trump has already angered Germany and the rest of the EU by slapping tariffs on the bloc's steel and aluminum. The EU retaliated against the move with tariffs on a range of US goods, including whiskey and motorcycles.

Analysts fear the dispute over those tariffs and US threats to place duties on EU car imports could escalate into a full-blown trade war between Washington and Brussels.