The EU, China and Japan have decried the Trump administration's idea to also heap US tariffs on imported vehicles - on top of steel and aluminum. Washington's "national security" argument is "far-fetched," says Brussels. 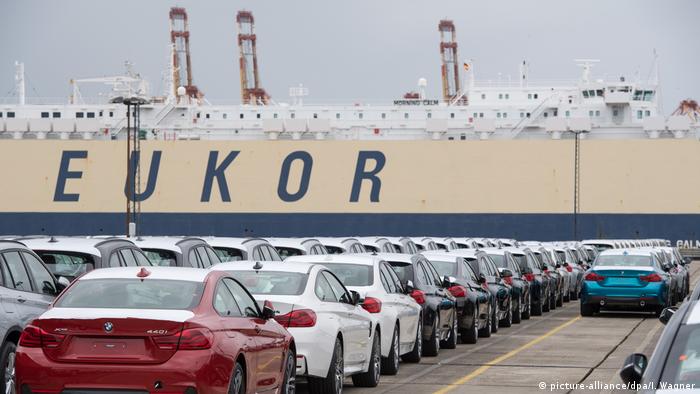 European Commission Vice President Jyrki Katainen warned Washington Thursday that it would violate World Trade Organization (WTO) rules if tariff jumps on imported cars resulted from a probe by the US Commerce Department.

The Wall Street Journal said vehicle import tariffs as high as 25 percent were being sought by US President Donald Trump who, in a tweet, told US workers that they had waited long enough "after many decades of losing your jobs to other countries." 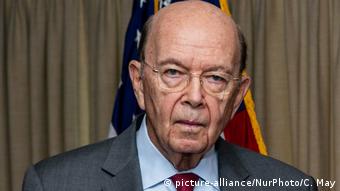 Import tariffs as high as 25 percent envisaged by Ross

US Trade Secretary Wilbur Ross, in a letter to US Secretary of Defense James Mattis, asserted there was "evidence suggesting that, for decades, imports from abroad have eroded our domestic auto industry."

Passenger vehicle imports had risen from 32 percent to 48 percent during the past two decades, while employment at US car producers had dropped 22 percent from 1990 to 2017, said Ross's department.

Such claims vouched as a threat to national security were "very difficult to understand," said Katainen, a former Finnish prime minister.

"We should almost regard this as provocation," Schweitzer said, estimating it would cost an extra €6 billion ($7 billion) and impose "another nasty blow to our economic relations."

German auto shares dipped by as much as 3.5 percent on Thursday, given the potential US tariff impact on German carmakers.

In 2017, they exported nearly half a million vehicles to the US while assembling over 800,000 vehicles at American plants, where they employ some 36,500 people.

Already, the EU is approaching a 1 June deadline on whether it will be exempted from US duties on steel and aluminum based similarly on protectionist rhetoric.

Like the EU's Katainen, Japan's economy, industry and trade minister, Hiroshige Seko, said Tokyo would continue to remind US officials that any trade measures must conform to the WTO rules.

Japan accounts for up to 40 percent of vehicles imported into the United States.

"We are extremely concerned," Seko said, adding: "it would be an extremely far-reaching trade sanction that would put the global market in turmoil."

Last week, Japan, the only major US ally not exempted from US tariffs on steel and aluminum, warned at the WTO of possible retaliation.

In Beijing, Chinese Commerce Minister spokesman Gao Feng warned the US that abusive imposition of national security provisions would "undermine the multilateral trade system and disrupt the order of international trade."

"To our knowledge, no one is asking for this protection. This path leads inevitably to fewer choices and highly prices for cars and trucks in America," Bozella said.

Import duties on cars would be a "nightmare" for the German auto industry, said Thomas Altmann at Frankfurt asset manager QC Partners.

Thursday's announcement of a probe into imported cars and automotive parts by Ross put a damper on hopes raised Tuesday by China that it would cut vehicle import tariffs by as much as 25 percent, down to 15 percent.

The investigation launched by Ross's department stems from a little-used US law that authorizes the president to restrict imports and impose unlimited tariffs on national security grounds.

Some analysts see the Trump administration's proposal for much higher tariffs on vehicles as a bid to gain leverage in stalled talks with Canada and Mexico over the North American Free Trade Agreement (NAFTA).