Germany to implement supply chain law against exploitation | Germany | News and in-depth reporting from Berlin and beyond | DW | 03.03.2021 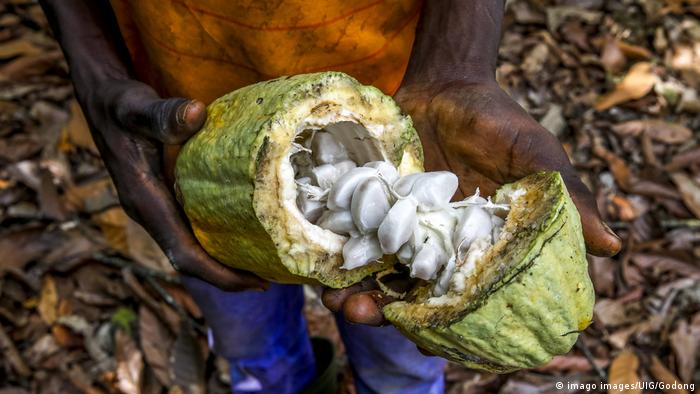 Germany on Wednesday took a step towards forcing companies to take responsibility for any labor or environmental abuses in their global supply chain. A new law (Lieferkettengesetz in German) allows for hefty fines starting at several hundred thousand euros if their contractors abroad are found to breach human rights or environmental rules. The fines go up to two percent of the company's annual revenues if they exceed 400 million euros ($484 million).

The companies are held responsible for every step of the way: from the raw materials to the finished product.

"This law protects workers from exploitation across sprawling supply chains and protects human rights across the world," Finance Minister Olaf Scholz said on Wednesday, adding "In future, it will be clear that 'Made in Germany' also means respect for human rights."

The SPD-run development and labor ministries initially wanted the law to also target smaller companies, but backed down in the face of strong opposition from the CDU-led economy ministry and industry voices.

Responsibility for the entire product

A typical bar of chocolate costs a mere €0.80 ($0.91) at a German supermarket. Many of these sweets, however, are produced using child labor. Two decades ago, the University of Chicago launched a research project looking into how many child laborers are employed on the West African cocoa plantationsin Ivory Coast and Ghana. According to the scholars' latest report, 2.26 million children are currently toiling away in the industry — a tragic new record.

"The problem is that industrialized nations externalize, meaning we outsource production to developing countries and thereby undermine the production standards we apply in our wealthy societies," says Germany's Minister of Economic Cooperation and Development, Gerd Müller. Social and environmental standards which are widely accepted in Germany, he says, are violated in this way. "We accept and cement the exploitation of other human beings and nature in developing countries," he says.

Unfortunately, this grim division of labor has existed for many decades. There have been numerous political efforts to change this reality. Some companies based in developed countries, too, have attempted to ensure basic labor, environmental and social standards are met during the production process abroad. 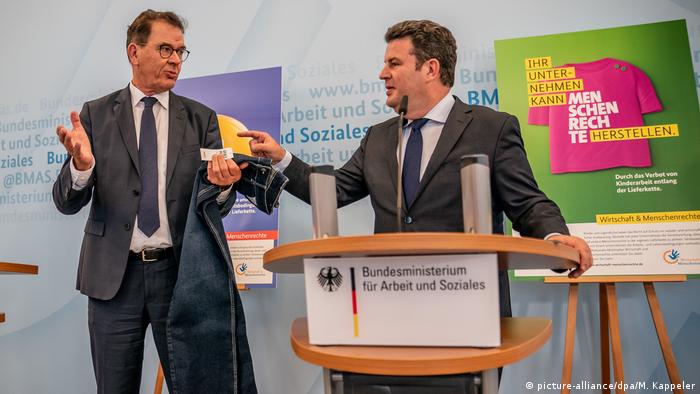 In 2018, Germany's governing coalition — comprising the Christian Democrats (CDU), Christian Social Union (CSU) and Social Democrats (SPD) — agreed that a law to this end would be passed unless companies' voluntary commitments proved effective.

Now, companies could be excluded from public procurement processes in case of violations, and experts have pointed out wider implications, at a time when forced labor by Uighurs in China is a topic of heated debate.

Some businesses support the law

Over 60 companies had expressed support for the proposed law, among them coffee roaster Tchibo, food manufacturers Rewe and Nestlé, and chocolate manufacturer Alfred Ritter. Pro-business associations, meanwhile, rejected proposals. They say companies are already under significant pressure due to the coronavirus pandemic. Foreign trade association BGA, for example, criticizes that "the introduction of a due diligence law would bring us to breaking point and further postpone economy recovery."

"It is assumed that companies have more power than Chancellor Merkel's government when it comes to pushing for human rights," says Steffen Kampeter, who heads Germany's employers' association. In his view, the bill expects too much of companies. He, along with many other business representatives, takes issue with the fact that companies are supposed to be held liable if human rights standards are breached along the supply chain.

Labor Minister Hubertus Heil, however, disagrees. He argues German companies will only be held accountable for foreseeable and thus preventable violations."If you make profits globally, you should also take responsibility for global human rights," he said on Wednesday. 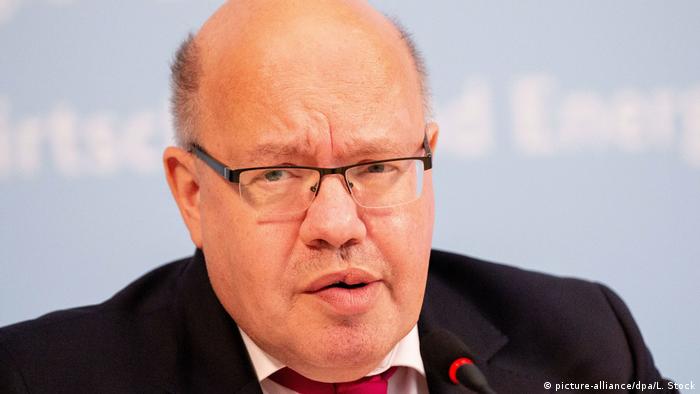 Should the EU act?

German environmental and human rights groups, who have long campaigned for the law, accused Merkel's government of "watering down" the initial proposal.

Industry groups had been calling for a European approach.

Armin Paasch of the Catholic aid agency Misereor says this is exactly the problem. "Moves to shift this debate to the EU level have been aimed at postponing the law for years on end," says Paasch.

The hard-fought compromise between conservatives and social democrats of Germany's ruling coalition, the law still must be approved by parliament later this year.

How coronavirus is affecting underprivileged children in India

The immense health and socioeconomic crises brought about by the COVID-19 pandemic have disproportionately hit underprivileged children in India. They could lead to a spike in poverty, child labor and child marriages. (10.07.2020)